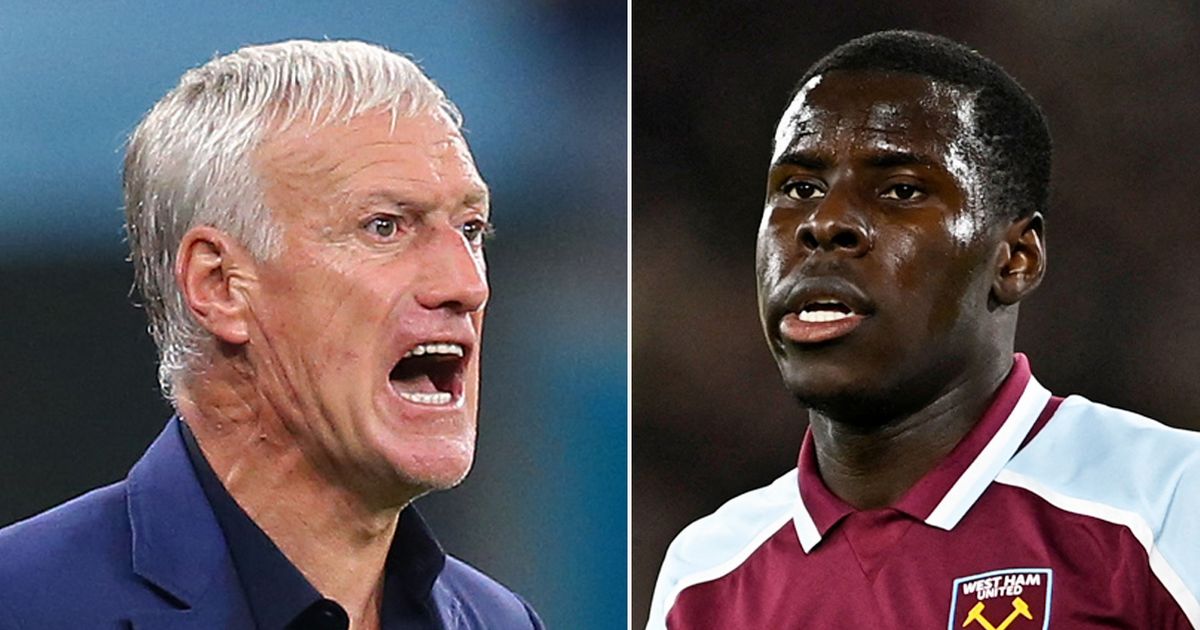 A shocking video of the West Ham defender, 27, kicking and slapping his pets was made public and he’s been widely condemned by those within the game.

Zouma is currently being investigated by the RSPCA and has lost his Adidas boot deal.

He’s also been fined two weeks’ wages by the Hammers – around £250,000 – but the Premier League side have stopped short of suspending him.

Zouma started West Ham’s 1-0 defeat to Watford on Tuesday – just 24 hours after the sickening video was made public – and manager David Moyes has confirmed he will be available for the team’s next Premier League game against Leicester on Sunday.

Deschamps is the latest high-profile footballing figure to criticise the France international, although he insists it will not have an impact on his selection policy.

Kurt Zouma has been widely condemned after abusing his pet cats
(

“I was very surprised by Kurt,” said the France manager, as quoted by SPORTbible. “This is something that is inadmissible, intolerable and cruelty without a name.

“I’m sure he became aware of it but these images are shocking and unbearable.”

On Zouma’s chances of being selected in the near future: “I’m not a prosecutor. I am here to make selections on different criteria.

“It could have happened to me when players could have made mistakes not to select them for a while, so I will not change my way of doing things for the next list.”

Zouma has picked up 11 caps for France since making his senior debut in 2015. He missed their recent World Cup and Nations League triumphs.

“Two cats are in our care, have been seen by a vet and are being well looked after,” said an RSPCA spokesperson regarding Zouma’s abuse on Thursday.

“They will remain in our care while the investigation continues and are not available for rehoming, although we have lots of beautiful cats who are looking for new homes: www.rspca.org.uk/findapet.

“We understand the high level of interest in this incident and can reassure you that our experienced officers are carrying out a full and thorough investigation.

“Due to the fact that this is a live investigation, we are limited in what we can say, however we will provide updates when we are able.”

Didier Deschamps is not impressed with Zouma’s actions
(

“I don’t think the club could take more action or any quicker. West Ham have fined him the maximum wages, we all accept the actions are terrible and diabolical.”

On the situation, Moyes added: “I have never had one like this before, I hope I never get another incident like this.

“We have a really good side and I am sad the focus has been taken away from a relatively good season that I hope will get better.

“We mustn’t forget all the good work the club have done in the last couple of years.”