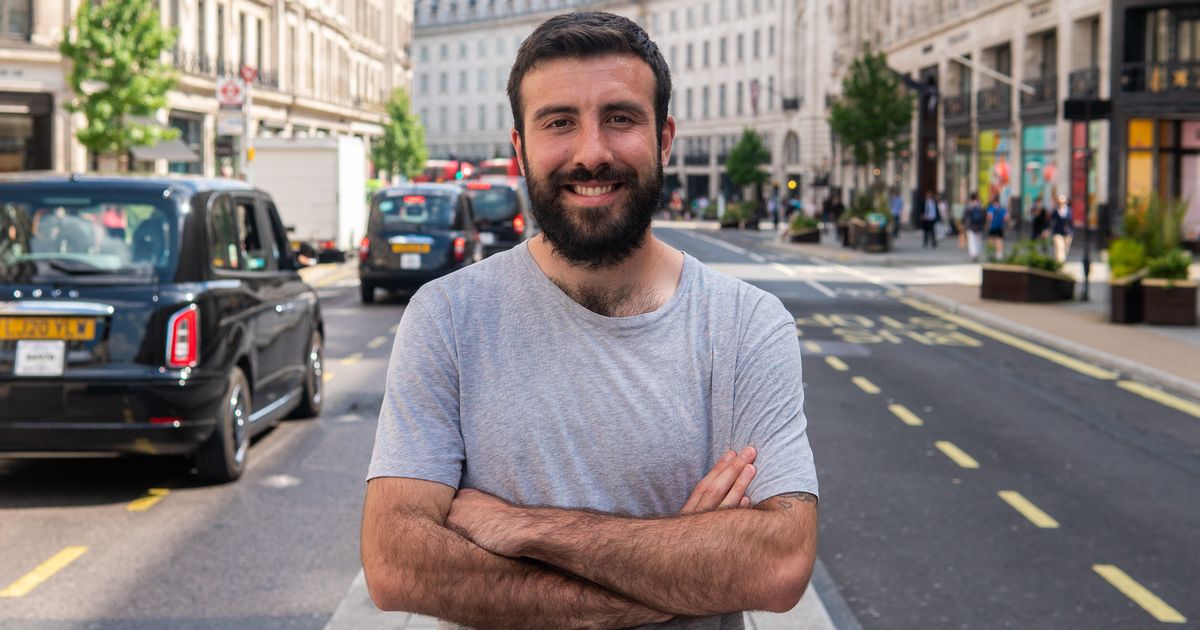 When former Swindon Town star Michael Doughty called time on his footballing career at the age of 28, a rumour mill began to spin like one of his trademark free-kicks.

“Swindon Town can confirm that midfielder Michael Doughty has left the club with immediate effect for personal reasons,” was the official announcement released by the League Two side.

An outpouring of support, a tidal wave of headlines, and an unfortunate gathering of rumours – from dressing room rifts to crippling mental health issues – proceeded what unintentionally became a footballing mystery.

However, the Wiltshire Pirlo’s motivations for his surprise departure were not catalysed by training ground quarrels, a loathing for the beautiful game, or, to the immense relief of Town fans and the rest of those who came across his story, mental health issues.

Instead, Doughty decided to swap his football boots and kits for his own range of sustainable and environmentally friendly attire.

HAVE YOUR SAY! Is football as a whole doing enough to help stem the impact of climate change? Comment below

In August 2010, Doughty launched HYLO Athletics; a sports clothing and manufacturing company whose mission is to “Use materials science to build performance products in a better way for the Planet.”

As well as launching a fresh business during a particularly perilous and difficult period of history, Doughty’s infant daughter Luna, was also born.

Speaking to Mirror Football, Doughty explained the difficulties of being thrown into his new life head-first.

“My daughter was born in July 2020. A month later I launched the business properly. A month after that, I quit football, and went full time with Hylo, all amidst the pandemic,” Doughty said, almost with a tone of breathless disbelief.

And it would be very hard to blame the former Swindon and Queens Park Rangers star – the latter of which he made three Premier League appearances for in the 2014/15 season – for feeling like he had been driving around the County Ground’s infamous magic roundabout.

Doughty made 108 appearances for the Reds, contributing 23 goals and 22 assists along a journey which saw him play a huge role in Town’s promotion to League One in 2020.

A ball may no longer be at his feet, but the 29-year-old oozes the same qualities he displayed on the pitch. Composure, intelligence, and an eye for goal; except this time, his target is the climate crisis, instead of the top left hand corner.

But before he could embark on his quest, he first had to navigate his first issue – retiring from the game.

Doughty made over a century of appearances for Swindon Town

“In many ways, I thought, it is a personal issue, but personal issues generally get related to something sort of quite dark and mysterious,” Doughty added.

“But for me I had an amazing football career, I’d become a dad, I felt that I had achieved a good amount for where my talents and capabilities were, and in the cold light of day, I wanted to be able to concentrate my energy on a project that feels impactful for the society my daughter will grow up in.

“But it is very hard to communicate the amount of thought that you go through and to get all of this across in a very consistent way, I think it would have been a challenge. In the end, I just decided, you know what it is a personal matter, and I want the club to focus on the future and not on me.”

Son of the late Nottingham Forest owner Nigel Doughty, the very same business instincts which made his father one of the wealthiest men in England have certainly been passed onto Doughty.

A precious drive and determination overcame the former Swindon star when his co-founder Jacob Green, asked him a question about his preferred brands.

“He [Green] called me up one day, and asked ‘as an athlete, which brands do I subscribe to?’ Which I thought it was quite an interesting question in the sense that I’ve always been passionate about nature,” Doughty added.

“Being a footballer you’re naturally associated with brands all the time, whether it’s Puma with Swindon, your personal boots, and you’re essentially saying I’m an advocate for this brand, and this message.

“And when I sat down, I thought about it, and as much as I don’t have a strong negative feeling towards the brands that I’ve been working with. I don’t think they truly align with the future of sport that I want to see.”

Hylo’s prides itself on its environmentally friendly materials
(

A simple question lit a fire in Doughty’s eyes and his heart, igniting a determination to make a real difference on sport.

When asked about his environmental concerns and his personal aspirations, a serious, determined but also concerned tone befalls Doughty’s voice.

“I think a lot of conversations around sustainability and impact are quite polarising conversations where it’s like, ‘let’s wake up in the morning and take our sustainable pill’, and that is just not how change happens,” he continued.

“If we can look at products that made for athletes and say, right, what can be made better about the supply chain? Is it the materials, is it the performance, how do we bring that into our Hylo lens and make it better for the athlete.

“I think we’re, just at this inflection point, in the world where we have this super critical issue (climate change) which in effect our existence drives, it’s pretty, pretty big.

“And then we have loads of different potential solutions, and not any one of those is going to be the silver bullet. But if consumers and businesses are working across every sector to try and drive better outcome, that naturally that will incrementally advance where we are today.”

Hylo has been growing year on year, garnering the support of some of the nation’s top athletes also concerned by the climate’s issues.

But the most influential star with Hylo’s ranks is none other than Leeds United star and one of Doughty’s best friends Patrick Bamford.

While he has been sidelined by injury for most of the current campaign, Bamford has subtly been promoting Hylo ever since the company’s inception.

“He’s been doing the bolt celebration and raising awareness about climate change at a key key key moment in his goalscoring career,” Doughty explained.

“When we first started talking about Hylo, he was really interested about, why I had always felt naturally close to the outdoors, and why he always had as well.

“Because of his desire to talk about some of these topics, he has been amazing.”

Around 18 months have passed since Hylo was launched, yet Doughty and the company are are showing no signs of slowing down.

“I’m spending every day thinking about sustainability in many respects. I think, if we can engage with the athletes, that is, I think, the real tipping point for me,” he added. “They’re the thing, they’re the product, I guess from a business perspective that people are buying into from TV revenue from everything.

“And if they’re talking about the key messages, like we’ve seen across other super important social issues recently, what could that do?” If we can be that place for them to start that journey and ask ‘what am I putting on my body?’ then that could spark a conversation.”

If you want to learn more about Doughty and HYLO Athletics, click here: