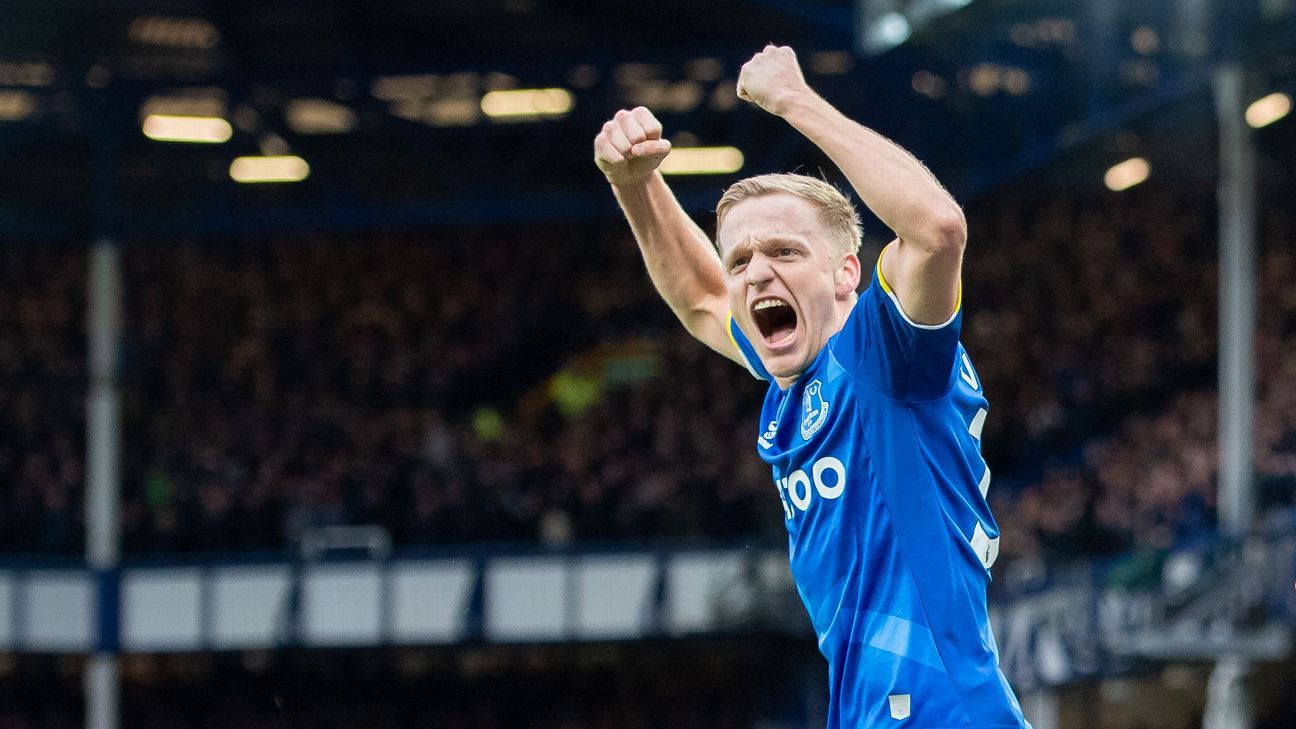 The 24-year-old, who started alongside Allan in central midfield, was a constant presence as he controlled the game and played a part in Everton’s opener that was scored by Seamus Coleman in a rampant first-half performance.

“I thought Donny van de Beek was great. To play like that at home — his calmness, work rate and intelligence was great,” Lampard told reporters after his first league win as Everton boss. “I think he can do different roles and that’s why I moved so quickly to get him. He played in a double No. 6 today and has the talent to link and get us through the lines. He’s a goal threat, too, so that was one of the big pulls of bringing him in.”

The Netherlands international signed for United from Ajax in August 2020 but failed to establish himself as a regular at Old Trafford, making just four league starts before his deadline-day to Goodison Park last month.

“Dele Alli was (also) active when he came on, Lampard added. “There will be more from them both. They are great additions and I believe they will get better.”

The result, which also featured goals by Michael Keane and Anthony Gordon, moved Everton five points clear of the relegation zone, with Lampard hopeful that the win can spark a turnaround in their season.

“I can see the talent … it was about being a strong unit and fighting for the fans. It was a great reaction … we need to use it for a base for where we want to go in the league,” Lampard said of his side, who are 16th with 22 points from as many games. “I’ve been here for two weeks. The fans love this club with a passion. When you’re here you understand it’s their life and how much it means to them. We can do a lot here.”

In this article:Manchester United, Premier League