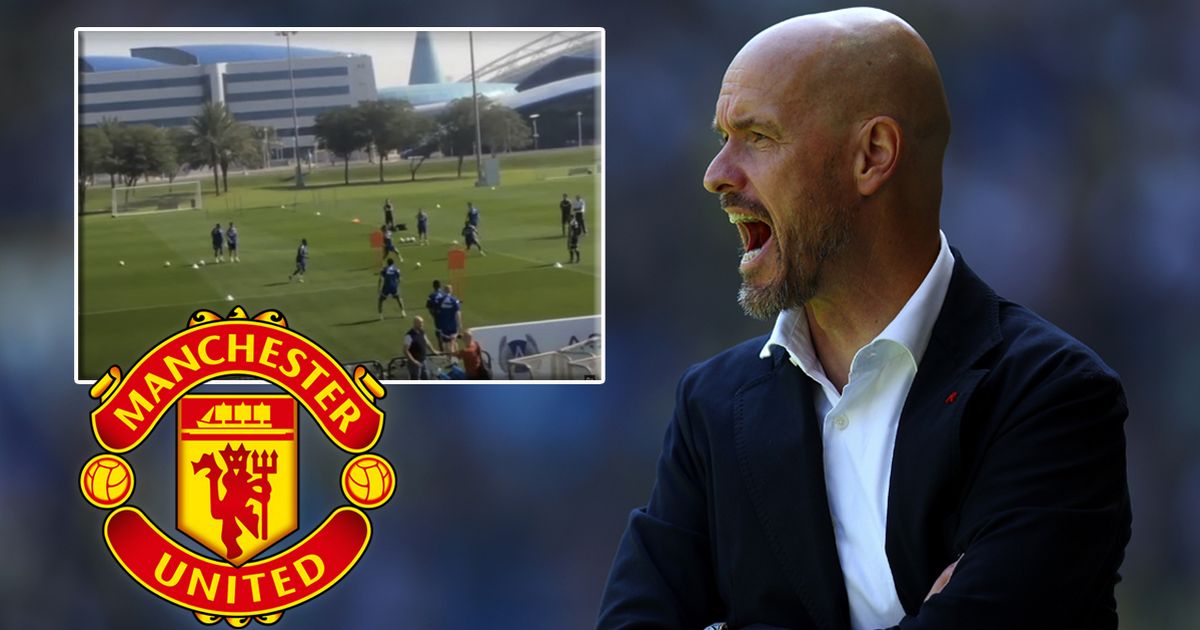 Man Utd fans are eager for Ten Hag’s reign to begin at the club, and a training video from one of his sessions with Ajax has shed some light on what United players can expect when working with him next season

Although there’s one game still remaining of this Premier League campaign, much of the focus at Manchester United has centred around Erik ten Hag’s imminent arrival.

The Dutchman has already been spotted in London having arrived earlier this week for meetings with key club officials.

Many United fans are excited to see Ten Hag get to work after admiring his work from afar with Ajax across the past five years. The 52-year-old is famed for implementing an attractive attack-minded style of football, leading the Dutch giants to numerous domestic honours and the semi-finals of the Champions League in 2018-19.

In anticipation of his arrival, fans have been scrutinising a video that surfaced this week which showed Ten Hag putting his Ajax team through their paces in a passing drill earlier this season.

The session itself is a form of an unopposed activation drill.

These are basically sessions that focus on improving players’ technique and working through specific patterns of play. They’re most commonly used earlier in training sessions before proceeding to more complex or opposed drills later on.

What’s intriguing about Ten Hag’s variation of this drill though is the different movements the players are making and the type of passes that are being made.

Traditionally such sessions involve quite basic movements and passing. While different coaches will approach it in different ways, often two players will go at a time, with one feeding the ball into a middle man who then lays a pass off to the second player who will fire the ball to the opposite end of the training area.

Strikingly though Ten Hag’s session is much more complex. The principles are similar in that two players make movements into the training zone and play into the feet of a middle man.

However, a third follows shortly after making an angled late run to latch onto the final pass of the sequence. This combination looks to be a form of training centred around players making late third-man runs from deep.

A third-man run is when the team in possession attracts an opponent towards the ball. Two players exchange passes before a third makes an off-the-ball run into space to receive a pass.

Third-man runs are often crucial to penetrating through defensive structures and in order to create overloads.

They can also lead to plenty of goalscoring opportunities, especially for midfielders making late runs from deep and those who watched Donny van de Beek regularly for Ajax will remember the amount of success he enjoyed in making late third-man runs to latch onto balls into the penalty area. He scored 28 league goals in his final three seasons at the club.

United have regularly been accused of being disjointed in their possession play, often struggling to break teams down or build with any purpose.

Ten Hag’s record shows he’ll improve this massively, and the above training video provides a small snapshot into the ways in which he’ll do it.