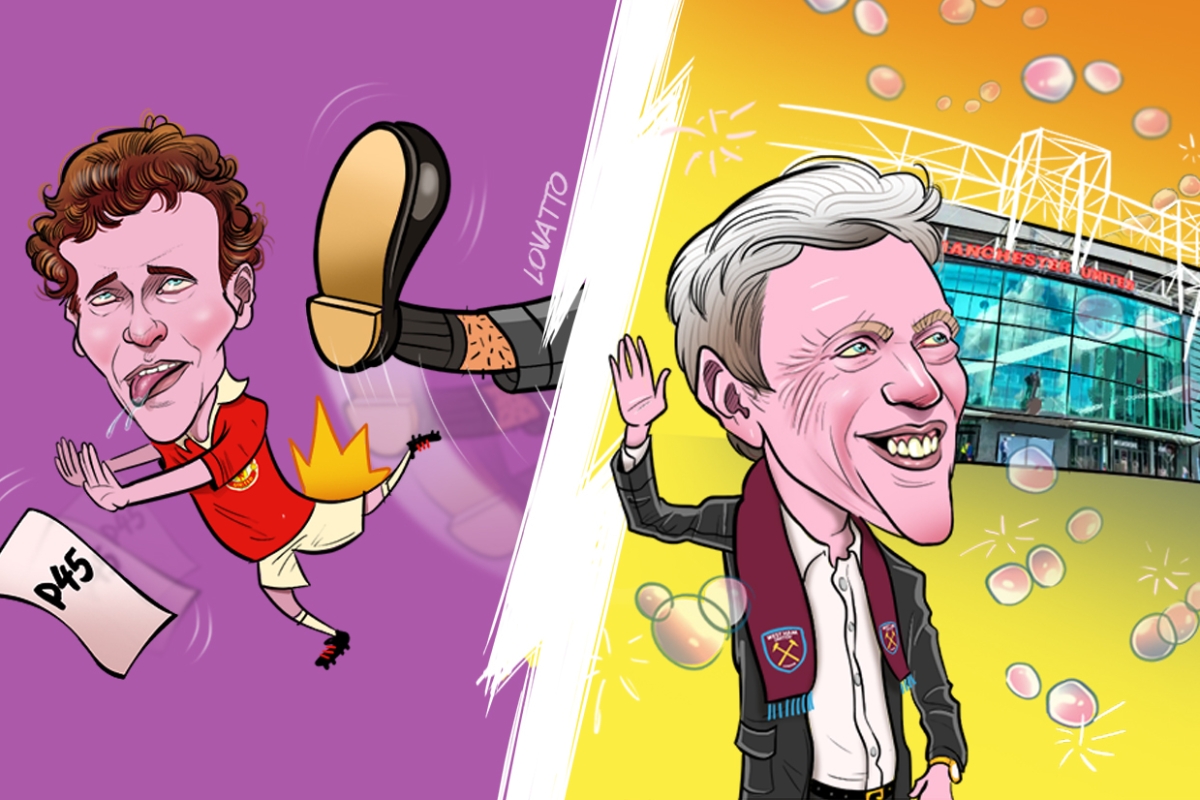 DAVID MOYES recognises that Ralf Rangnick has one of the loftiest reputations in the coaching world.

So did Moyes when he was Sir Alex Ferguson’s chosen successor in 2013.

So did Louis van Gaal when he became Manchester United manager in 2014. And so did Jose Mourinho in 2016.

Unlike Van Gaal or Mourinho, Moyes’ reputation has soared once more, to such an extent that his West Ham team visit Old Trafford looking down on United in the Premier League table, having knocked them out of the Carabao Cup.

Rangnick arrived as interim boss last month with a long-held reputation as a tactical mastermind.

But he had never previously managed a club with anything like United’s stature — and early performances have been indifferent, with Rangnick’s preferred 4-2-2-2 formation having already been ditched.

And despite his huge respect for Rangnick, Moyes has told the German that nothing compares to the intense worldwide scrutiny of managing United.

Moyes said: “Ralf Rangnick’s reputation, what he’s done in football, the teams he’s built, his ideas, his philosophies over a long period have been great. He’s someone in the coaching world you’d have always looked up to.

“Becoming the manager of Manchester United, though, is completely different to anything else.

“The level of scrutiny. And whatever your ideas might be, they might not work at that club. The players available to you… you might not be able to play the way you want to play.

“That’s something that can take a bit of time. That’s why, given time, you think you can do a better job.

“When you get the big jobs you get judged immediately. I’m disappointed that I couldn’t do a better job there.

“But Manchester United have had some of the best managers in the world in recent years and it’s a tough job.

“If you lose your job at Manchester United, it makes news throughout the world. I took over from Sir Alex which was a really difficult task.

“I was happy to take it but wish I could have done a bit better.

“At that time, though, I was probably as ready for the job as anybody was.”

Rangnick felt that extreme spotlight when Cristiano Ronaldo threw a tantrum after he was substituted during Wednesday’s 3-1 win at Brentford.

But asked whether West Ham would soon be making signings with bigger egos or whether he employed an All Blacks-style ‘No d***heads’ policy, Moyes replied: “I don’t think any manager wants d***heads.

“And I don’t know if you can correlate d***heads with big egos — there is a difference. You can have a big ego and not be a d***head.

When Ed Woodward left his post as United’s head honcho this month, it was said that his biggest regret was not granting Moyes time at Old Trafford.

The Scot was sacked after less than ten months — despite having done an excellent job in 11 years at Everton.

But Moyes, 58, says having lived in United’s ‘penthouse’, he is determined to lift West Ham to a similar level.

He said: “When you go to United, it’s like looking out of the penthouse window on to the rooftops, because you’re higher up.

“And you see it all, because they’re right at the top of world football.

“There will be a lot of people thinking United are not there at the moment, but as a football club, because of what they’ve got, they are.

“I’ve had a chance to see what it’s like and, with West Ham, I want the opportunity to get back to that level.

“I’ve got a picture of where I want to take West Ham and I’m trying to do it quite quickly because I don’t know if I’ll get 11 years like I did at Everton.

“When you’ve seen the top, you see what you can do better.”

Moyes insists he holds “no grudges” towards his former employers — but he admits it gives him “satisfaction” to be ahead of today’s opponents.

He said: “Of course it does. There’s not many managers who go to Old Trafford with a team above them in the Premier League.

“I’m pleased we’re in front of them but what really matters is being ahead of them at the end of the season.

“We have to go there with confidence. Our idea is to challenge those top-four clubs.

“We don’t necessarily see ourselves being quite there yet. We missed out on the top four last year by just two points and the challenge to the players is, ‘Can we get those extra two points that might see us make it?’.”

West Ham suffered a 2-1 home defeat by Ole Gunnar Solskjaer’s team earlier this season — after Moyes sent on Mark Noble to take a last-gasp penalty which was saved by David De Gea.

And Moyes admitted: “I didn’t enjoy my own company for a few days afterwards because I thought I’d made a terrible decision and I beat myself up about it.

“That decision we got wrong as it didn’t quite work — but I still think my reasons for doing it were right.”