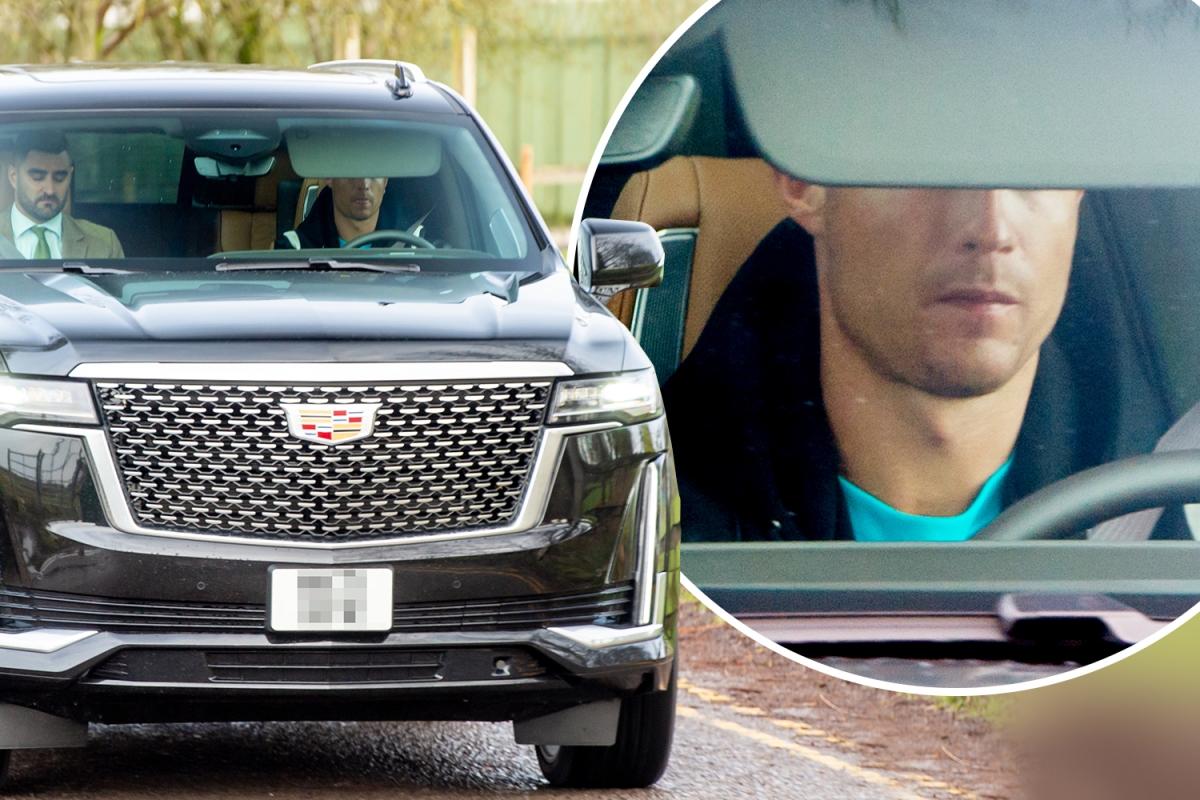 CRISTIANO RONALDO rocked up at Manchester United training in his sparkling brand-new £150,000 motor.

And his pregnant partner Georgina Rodriguez gifted him a stunning Cadillac Escalade – as well as a giant cake.

She posted a video of Ronaldo receiving the present and the kids enjoying the plush interior of the whopping eight-seater car on Instagram.

Cristiano already boasts an impressive fleet of supercars – as shown on Rodriguez’s recently-premiered Netflix show ‘I Am Georgina’.

But with their expanding family, the Cadillac Escalade will enable Rodriguez and their identical twin Portuguese bodyguards to do the school run in both comfort and style.

One promotional ad for the car says: “If you’re looking for a car to host a small tennis open in, then look no further than the Cadillac Escalade.

“There’s no escaping the fact that the Cadillac Escalade is rather large. At nearly 6 metres long, it’s nearly the same length as your average giraffe.”

It also comes with a 36-speaker audio system, including a tannoy-like set-up for people in the back seats so you can talk to them because of the length of the car.

Ronaldo and his fellow United players were in at Carrington this morning to continue their preparations to face Burnley tomorrow night.

They are desperate to get back to winning ways tomorrow night after being dumped out of the FA Cup by Middlesbrough 8-7 on penalties on Friday.

Ronaldo missed from the spot in the first half before Anthony Elanga skied the crucial 16th effort of the shootout.

The Red Devils travel to bottom-side Burnley in the Premier League for an 8pm kick-off at Turf Moor.

The Clarets have just one win all season and victory for Ralf Rangnick’s side could prove a pivotal three points in the race for the top four.