Bournemouth’s supporters succeeded in sucking the ball into their goal as a lightning counter-attack gave Jonathan Woodgate’s side an advantage in the race to the Premier League.

Arnaut Danjuma has scored goals in the Champions League for Club Brugge and internationally for Holland.

But Monday’s strike from a second-half breakaway could prove his most important, with the second leg to take place in front of Brentford fans this Saturday. 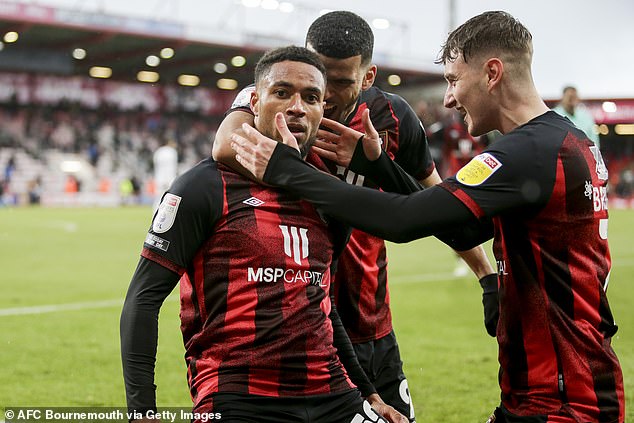 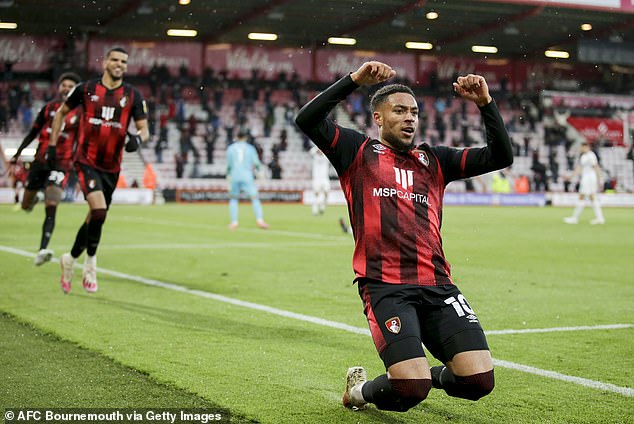 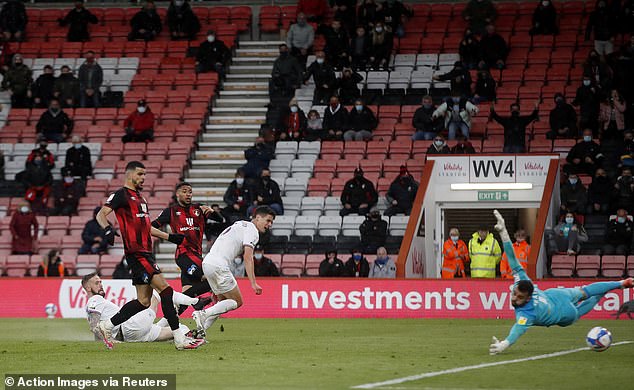 The hosts, in front of a 2,300 crowd at the cosy Vitality Stadium, were happy to let Brentford dictate play as they focused on using the counter.

That game plan worked and Danjuma said: ‘I don’t mind us being the underdogs. I’m happy, but I’m not satisfied yet. It’s only half time.’

Woodgate agreed with his goalscorer, saying: ‘This tie is far from over. We’ve got a slight advantage. Part of the plan was to keep (Brentford’s Golden Boot winner) Ivan Toney quiet. We stayed compact then hit them on the counter. But it is half time.’

There was fighting talk from Brentford boss Thomas Frank, who said: ‘There is plenty of time to turn this around. We have 90 minutes to do that. We will be ready and will come flying out.’ 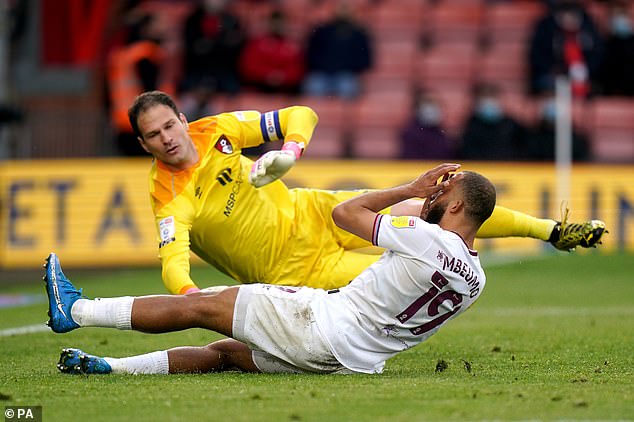 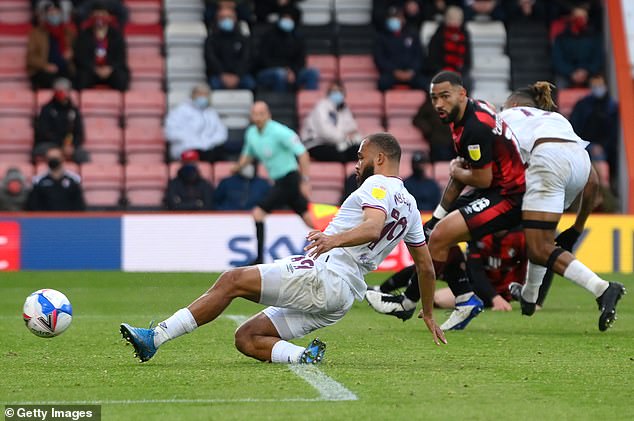 Frank also complained about there being no VAR in these play-offs, feeling Brentford would have been awarded at least one penalty if the technology had been available.

Brentford finished third and Bournemouth sixth but the energised hosts enjoyed a much brighter first half, even denying the Championship’s top scorers any shots on target.

Philip Billing sliced one shot wide, Dominic Solanke struck the post with a header, while David Brooks saw an effort blocked by Toney. 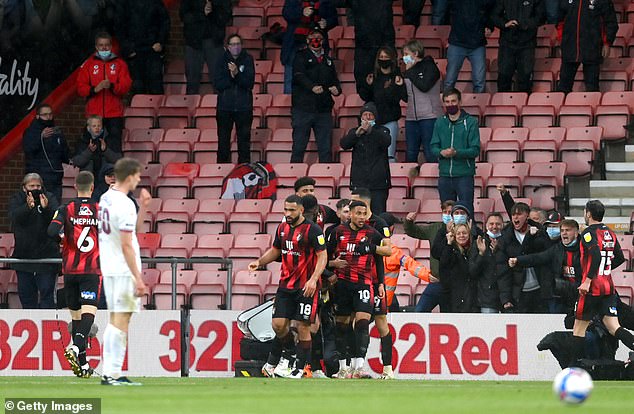 A crowd of 2,300 Bournemouth fans watched on at the Vitality Stadium on Monday night

At the start of the second half, there was a nervousness among the Bournemouth fanbase after seeing so many wasted chances, then that was replaced by hysteria.

In the 55th minute, Billing fed Brooks down the right and the 23-year-old Wales international played in Danjuma, who coolly found the bottom right corner.

Brentford tried to respond and their best chance came in the 78th minute. With an empty goal, Bryan Mbeumo slid in but missed the target from three yards.