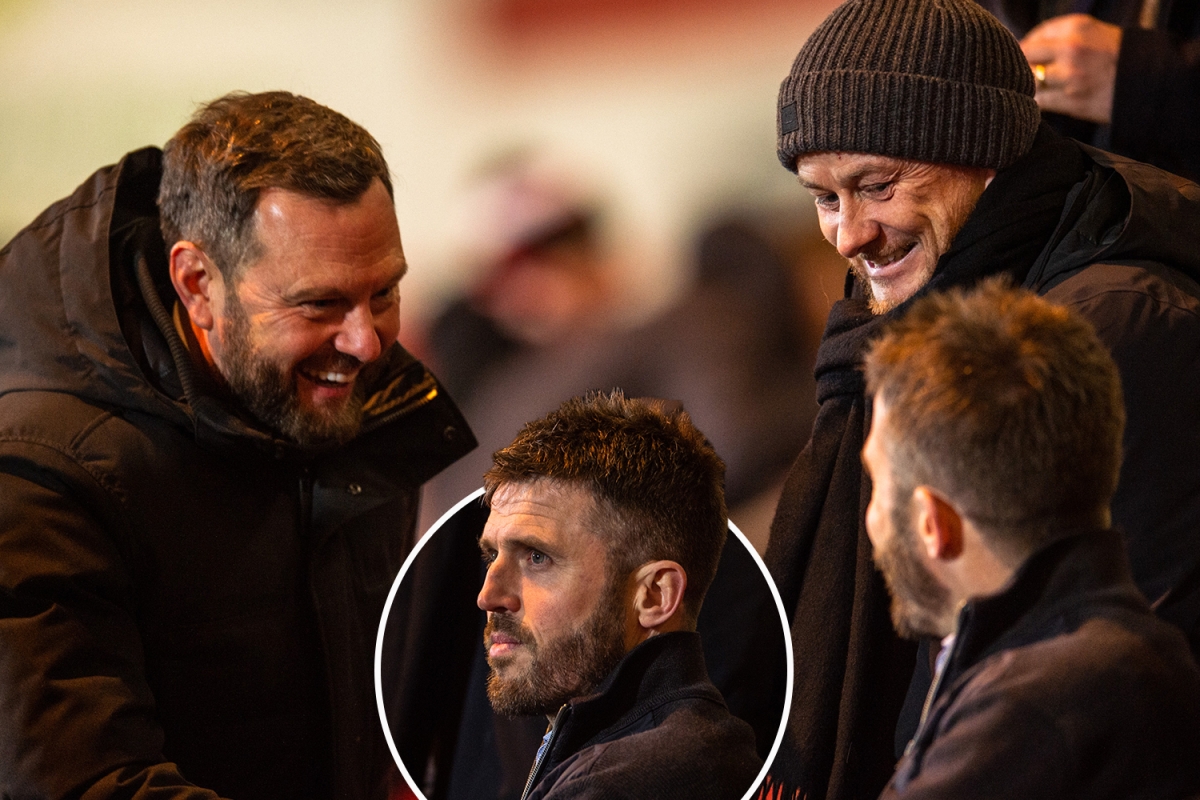 OLE GUNNAR SOLSKJAER made the most of unemployment by cheering on his pal Kieran McKenna at the League One clash between Doncaster Rovers and Ipswich Town.

And with Solskjaer, 48, yet to take up a new role after being axed by Manchester United, he seemingly had some spare time on his hands.

He was also recently spotted watching his daughter Karna make her senior debut for Man Utd’s women’s side in January.

But at Doncaster’s Eco-Power Stadium he was joined by another of his former staff, Michael Carrick, to see McKenna mastermind a 1-0 win over League One’s bottom side.

The pair were pictured in the stands with Solskjaer in particular wrapped up warm on a chilly night in South Yorkshire.

Solskajer donned a hat and scarf as he watched the EFL action unfold, while Carrick, 40, braved the elements in just a jacket.

Carrick spent three games in charge of Manchester United as caretaker manager after Solskjaer’s sacking and before Ralf Rangnick was appointed as interim boss.

The Red Devils were in action at the same time as Ipswich, but Solskajer and Carrick will be glad they chose to travel to Doncaster instead of Burnley.

Manchester United were held to a 1-1 draw at Turf Moor, with Jay Rodriguez’s strike cancelling out Paul Pogba’s first half opener.

It sees Rangnick and Co drop to fifth in the Premier League table and leapfrogged by West Ham after they beat Watford 1-0.

Meanwhile back in League One McKenna has enjoyed a positive start to life as a head coach at Ipswich, winning six out of eight games in his first role as boss.

The Tractor Boys are currently ninth in the third tier, six points off the play-off spots.

But after being one of the favourites for promotion at the start of the season the club are facing a battle just to secure a play-off berth.

An indifferent run of results under Paul Cook saw him sacked and replaced with McKenna, with fans far from impressed with a mediocre first half of the campaign.