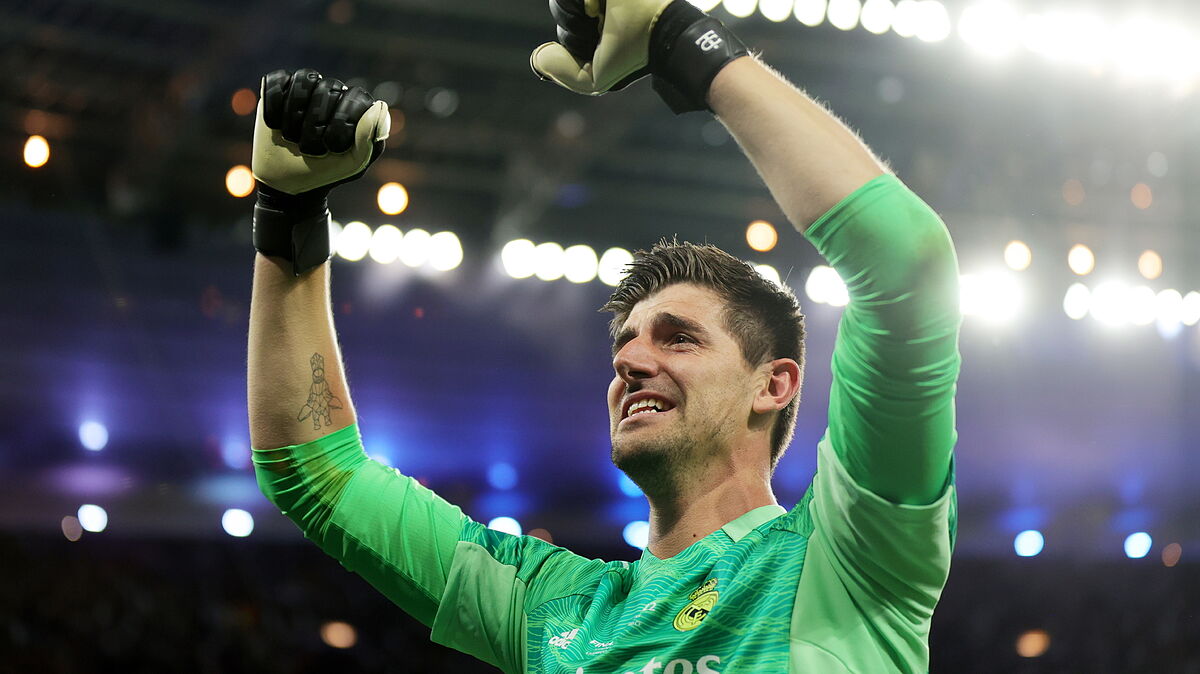 Carlo Ancelotti arrived back at the Estadio Santiago Bernabeu in the summer with a clear brief, keep the season respectable until Kylian Mbappe could be signed in the summer of 2022, yet he has ended the campaign by winning both LaLiga Santander and the Champions League.

Real Madrid have lived a charmed life in Europe this season, but they saved perhaps their best defensive performance for the most important match of the campaign.

Liverpool arrived into Paris as the heavy favourites, yet as difficulties outside the ground engulfed the Reds’ traveling support, it was a sign of disappointment to come for Jurgen Klopp‘s charges.

The Premier League giants failed to find their usual rhythm, despite controlling much of the ball and creating chances at Thibaut Courtois‘ goal.

Thiago Alcantara‘s fitness was a concern for Klopp before kick-off, however the delay to the start of the match perhaps helped the Spaniard be fit enough to retain his place in the starting XI.

Liverpool had the best of the first-half, with Sadio Mane forcing Courtois into an excellent save early on, with the Senegalese forward cutting inside expertly and hitting a rasping shot towards the former Chelsea stopper.

Mohamed Salah was next to test the Belgian, with Trent Alexander-Arnold finding him inside the penalty area with a cross, yet the Egyptian could get proper contact on the header, and it floated into Courtois’ grasp.

Los Blancos thought they had scored the opening goal in the final minute of the first-half when Karim Benzema took advantage of a mix-up between Alisson Becker and Ibrahima Konate. The Frenchman rolled the ball into an empty net, but the flag went up immediately.

In the 59th minute of play, Real Madrid did take the lead, with VAR not intervening on this occasion, as Liverpool fell victim to a counter-attack.

Los Merengues broke forward and a cross was fired across the box by Federico Valverde which found Vinicius Jr open at the back post.

The Brazilian took full advantage of Alexander-Arnold falling asleep and converted an easy tap-in, giving the Spanish champions something to defend.

Yet, the Liverpool onslaught never came, with the English team never hitting top gear in their pursuit of the equalising goal.

Jordan Henderson fizzed a shot wide from the edge of the box, whilst Alexander-Arnold also failed to hit the target.

The best chance fell to Salah, who got onto a pass from range inside the Los Blancos penalty area, yet his side-footed shot was saved powerfully by Courtois, who was in fine form.

Real Madrid were able to hold on, not truly tested by the Reds as the match ebbed into five minutes of additional time, and Clement Turpin then blew the final whistle to signify the end of the most memorable of seasons for Ancelotti and Los Merengues.