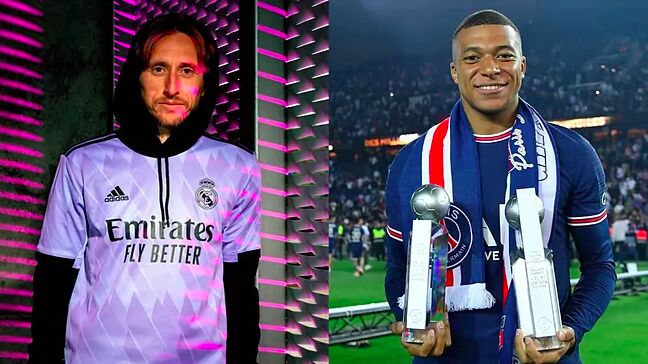 Luka Modric has extended his stay with Real Madrid, and will continue to play an important role in Carlo Ancelotti‘s midfield.

Now the Croatian has spoken out about Kylian Mbappe‘s decision to reject the advances of Los Blancos, stating that the French forward has made a decision and now has to live with it.

Modric was instrumental in Los Merengues’ run to another Champions League triumph last season, and believes the team is strong whether or not Mbappe is around.

“Mbappe made his decision, that’s his right and now he’s living with that decision,” Modric told Sportske.

“We all thought he would come to us, but it didn’t happen…. Now what? We’re not going to crucify him.

“Mbappe is a great player, but as I always repeat, no footballer is more important than the club, Real Madrid are the biggest, above all players, and it will always be like that.”

Such was Modric‘s influence in the comeback against Paris Saint-Germain last season, the Croatian was given a renewed role in midfield, and one which he hopes to keep even with the arrival of Aurelien Tchouameni.

“It was rare to see [Lionel] Messi, after so many Clasicos, in another shirt,” Modric said.

“With Neymar and Mbappe, they have a collection of talent but we are Real Madrid and when we found our rhythm, with the fantastic support from the fans, we simply crushed them.

“It was a spectacular night, one of the most impressive for me, since that victory the perception of the fans changed with regards to our potential in the Champions League, the scepticism disappeared.”

Longevity has been one of Modric‘s greatest traits since arriving at the Estadio Santiago Bernabeu, but that has now seen him see a number of veteran teammates leave the club.

Whilst this is something all players go through, Modric has revealed that he found his first season in the Spanish capital without Sergio Ramos particularly difficult.

“All the departures of players with whom you share a very successful era are painful, for everyone,” Modric detailed.

“After nine years Sergi was gone, from the first day he was close to me, he helped me adapt to Real Madrid, he encouraged me and believed in my potential.

“We became great friends, our families got together and we spent summers together, we still talk to each other every day, at least through messages, I miss hanging out with him but that’s the way it is in football.”