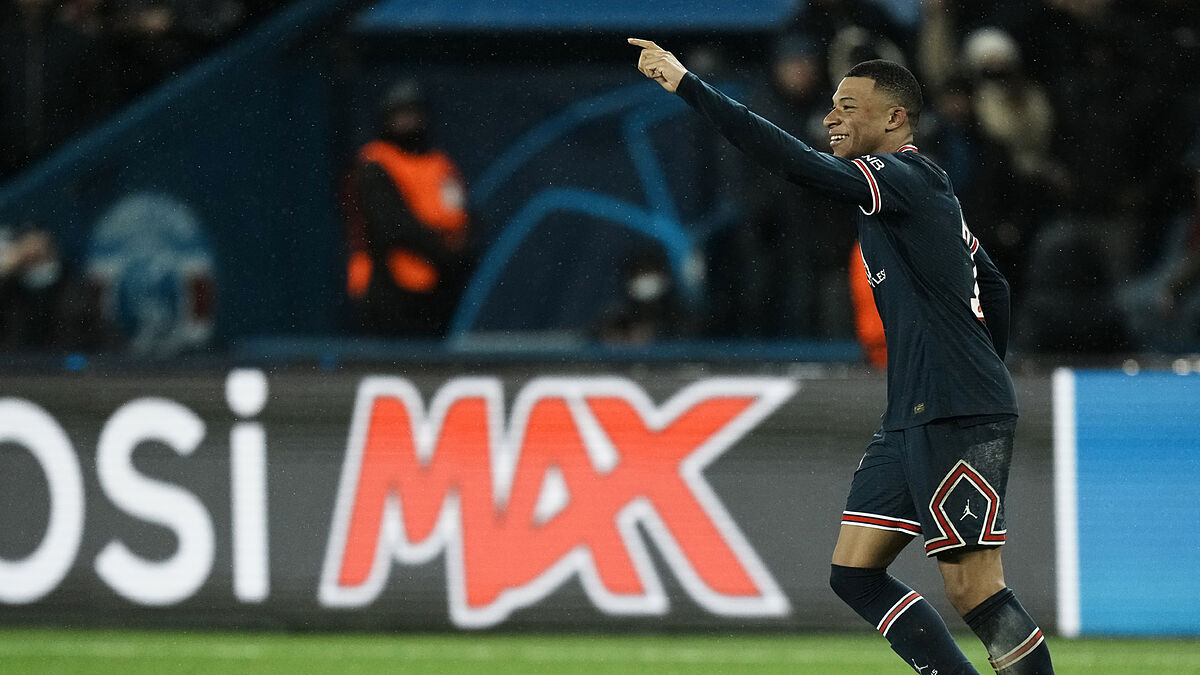 Real Madrid would have been beyond fortunate to escape with a scoreless draw from the Parc des Princes on Tuesday night in the first leg of their Champions League last 16 tie with Paris Saint-Germain, but Kylian Mbappe’s stoppage-time winner gave the hosts a deserved 1-0 win.

While Manchester City were running riot away at Sporting CP – hitting five past their hosts – the game in Paris served up the first example of life after away goals in the Champions League’s knockout rounds, with Real Madrid showing very little in the way of attacking intent.

The hosts ended the night with the majority of the ball, and they had 22 attempts at Thibaut Courtois‘ goal – finally beating the Belgian with the last of those. At the other end, Los Blancos didn’t have a single shot on target from the three they attempted.

From the first minute, Mbappe looked to do real damage to the side he’s likely to be playing for next season. He drove at Real Madrid’s backline every time he had the ball, and he was involved in creating the game’s first chance that Angel Di Maria sent over.

He himself was the next to try his luck, but the Frenchman’s attempt went wide of Courtois‘ post.

Even with Lionel Messi on the pitch, Mbappe was PSG’s main attacking threat. He looked determined to prove something to Real Madrid, PSG, and everybody in attendance at the Parc des Princes.

Dani Carvajal fell victim to the brilliant forward as the Spaniard conceded a penalty that he had no complaints with, having been beaten easily by Mbappe. Messi, though, saw his spot kick saved well by Courtois, who was the only player on the pitch close to matching the level Mbappe was showing.

The attacks kept coming in one direction, and Neymar’s introduction for Di Maria only added to Los Blancos’ problems.

Just as it looked as though Real Madrid were getting out of Paris with an undeserved draw, Mbappe produced a moment of real genius to win it for PSG.

Finding himself on the left of the box, Mbappe produced his best Ronaldo Nazario impression to dribble between two defensive players, before opening his body up in the style of Thierry Henry to finish through Courtois‘ legs with the game’s final kick.

PSG now take a one-goal lead to Madrid for their return leg on March 9. Real Madrid, though, can take something from the fact that away goals will play no part.