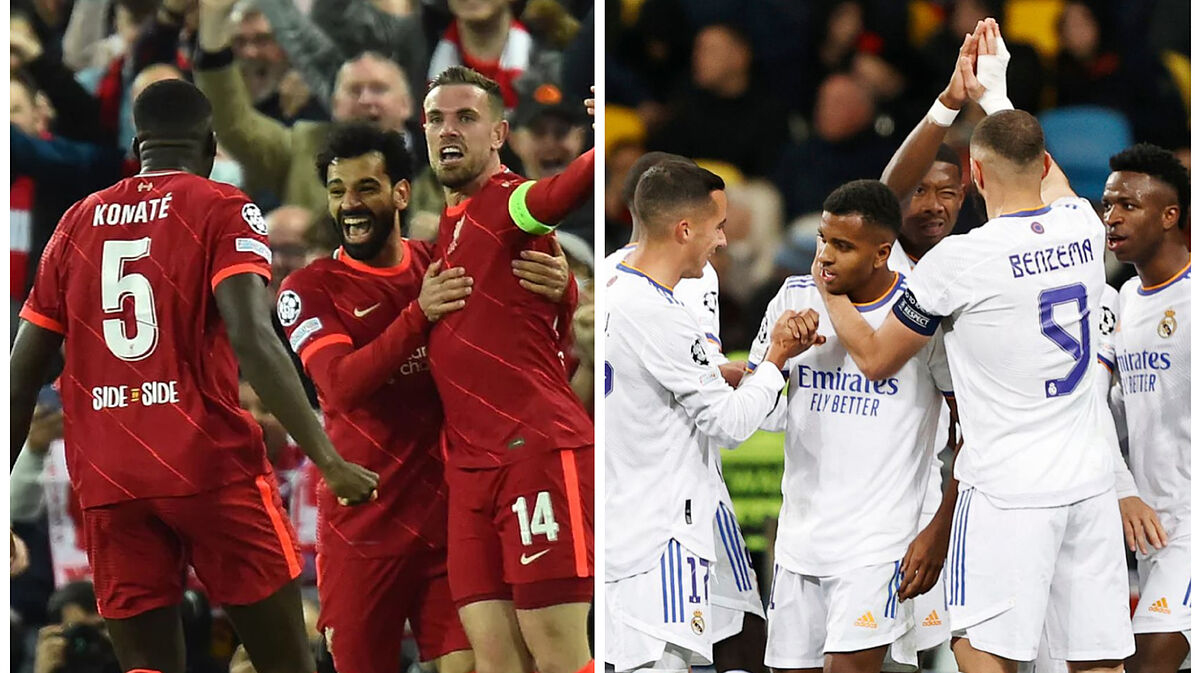 Liverpool and Real Madrid will meet in the Champions League final at the Stade de France on Saturday night.

This mouthwatering clash is a repeat of the 2018 final in Kyiv, which saw Los Blancos run out 3-1 winners after a goal from Karim Benzema and a brace from Gareth Bale.

The Reds‘ injury problems deepened as Thiago Alcantara limped off in victory over Wolverhampton Wanderers in the last match of the Premier League season.

Thiago is struggling with an Achilles problem, and he faces a race against time to be fit for the Paris showpiece.

Fabinho has been out since the victory over Aston Villa on May 10 with a hamstring issue, but he has returned to training and is set to be available.

Meanwhile, Virgil van Dijk has been out of action since the FA Cup final and will return to the starting XI.

As for Real Madrid, Carlo Ancelotti has a fully fit squad to choose from. David Alaba is set to return and start alongside Eder Militao in the heart of defence.

The Austrian has not played since the first leg of the semi-final against Manchester City after suffering muscle fatigue.

The Italian coach will have Bale to call on from the bench, and the Welshman will be eyeing a similarly memorable cameo as his one in the 2018 final.

That night, Bale came off the bench to make the difference with two goals, the first being an astonishing overhead kick.

When does Liverpool vs Real Madrid start?

This Saturday’s Champions League final kicks off at 21:00 CEST, the local time in Paris. For those living in the UK this match will kick-off at 20:00 BST, whilst American viewers in the United States can tune in at 12:00 PT/15:00 ET.

Where to watch Liverpool vs Real Madrid?