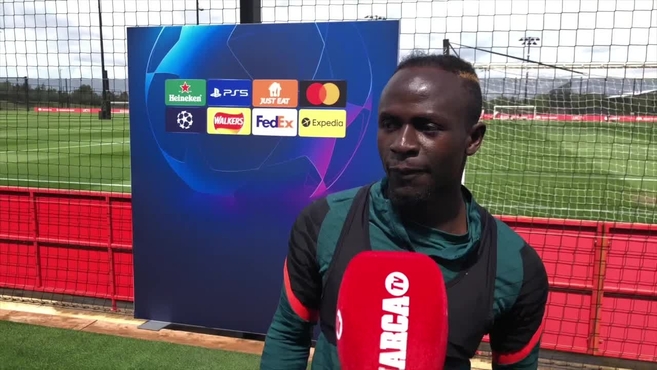 Sadio Mane has stressed that Liverpool‘s players will not be seeking revenge in this Saturday’s Champions League final against Real Madrid in Paris.

The Liverpool forward indicated that Real Madrid deservedly won the 2018 Champions League decider in Kyiv, where they beat the Reds 3-1.

Mane talked to MARCA during Liverpool‘s Open Media Day on Friday to discuss his strong season, his Ballon d’Or candidacy and the possibility of signing for Los Blancos in the future.

How do you face a team that have won 13 Champions League trophies?

I don’t know how many they’ve won, to be honest, but that’s not what’s important. The most important thing is Saturday, which for us will be the most important game of the season and we are very focused on doing everything we can to win.

You are very quick, but so is Vinicius Junior.

Will it be a chance for revenge?

No, for me it’s not revenge, I think Real Madrid won in Kyiv because they deserved it and because they were a better team. I think that I and the team have already forgotten about it. Real Madrid deserved it – they won it and congratulations. It’s been four years now and I think we have more experience, more quality in the team and we know how to play these games, and I think that will help us to focus for Saturday’s game.

Is this the best season of your career?

I would say that it was one of the best, because I won the most important trophy of my career, which was the 2022 Africa Cup of Nations. That gives me more motivation for the next step like the Champions League.

You are now focused on the final, but what if Florentino Perez wants to sign you for next season?

Good question, but to be honest I am fully focused on the Champions League, which is for me and for Liverpool fans the most important thing. Everything else is not important to me. We will do everything possible to make sure that we win the game for Liverpool.

Do you think that scoring a goal and winning the final would give you a better chance of winning the Ballon d’Or?

I think myself and the Liverpool players want to go for as many trophies as possible. So far we’ve won two and we’ve missed out on one, which Manchester City have won. Winning the Champions League would be special for me and my teammates and this is what we are fully focused on and the rest is for you to decide (laughs). For me it would be even nicer to get another bonus, which is the Ballon d’Or. I would be the happiest player in the world.