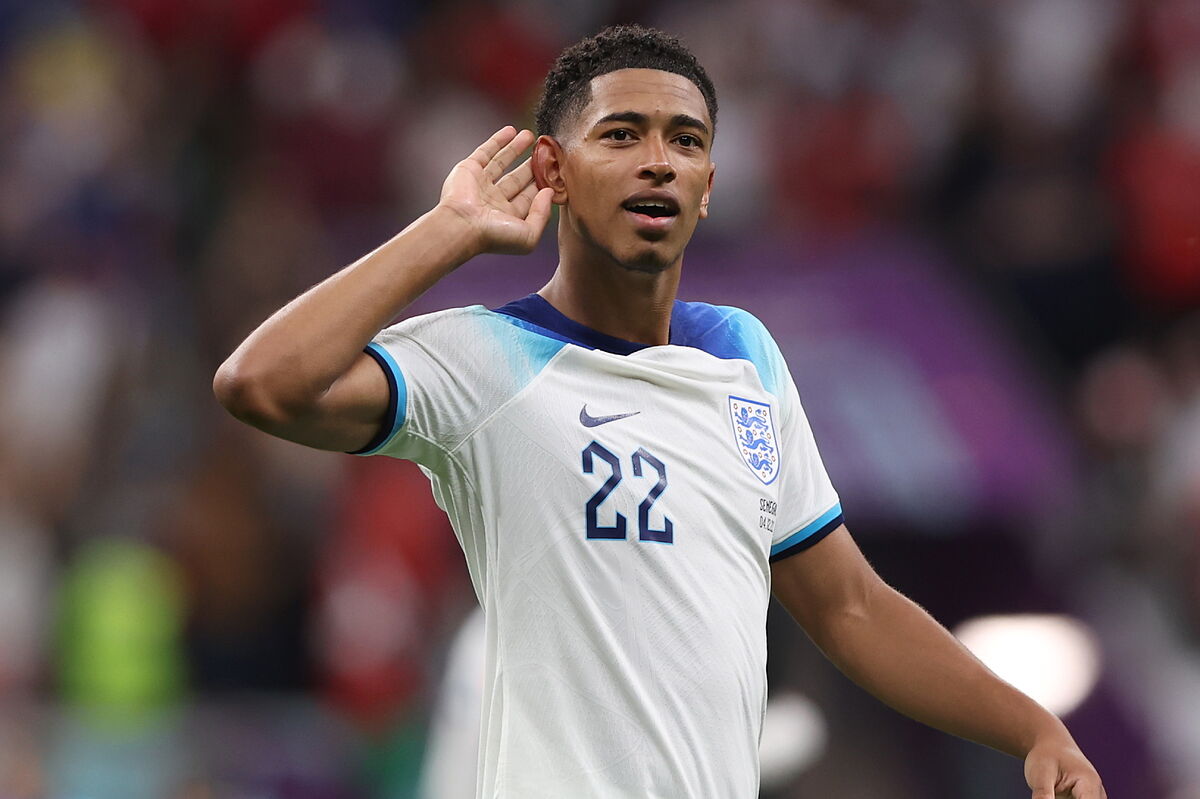 Jude Bellingham is on Real Madrid’s radar, and after his performances for England at the Qatar 2022 World Cup, one fan has made it clear that he should join the Spanish giants.

The interaction has gone viral on social media, as Bellingham, who is alongside Liverpool’s Jordan Henderson, is told: “Come to Madrid, come to Madrid.”

Henderson advises Bellingham not to choose Real Madrid, and between laughs, the fan reminds him that he lost the final, a reference to the Champions League title that Los Blancos won over the Reds.

Afterwards, the fan reiterated his request and promised Bellingham that “if you come to Real Madrid, you will win the Ballon d’Or.”

“You think so? We’ll see,” was his response.

All the big teams are looking at Bellingham and if they want to sign him, it won’t be cheap as Borussia Dortmund are asking for 150 million euros.

This figure was first published by The Athletic back in September, and it’s been confirmed by Bild recently.

Thus, Borussia Dortmund will once again be in the headlines when it comes to a prominent sale following that of Erling Haaland last summer.

The main difference between the two is the release clause that was included in the Norwegian’s contract, something that doesn’t exist in Bellingham‘s.