Ancelotti urges Vinicius to calm down

Vinicius, the player who is 'immune' to injuries 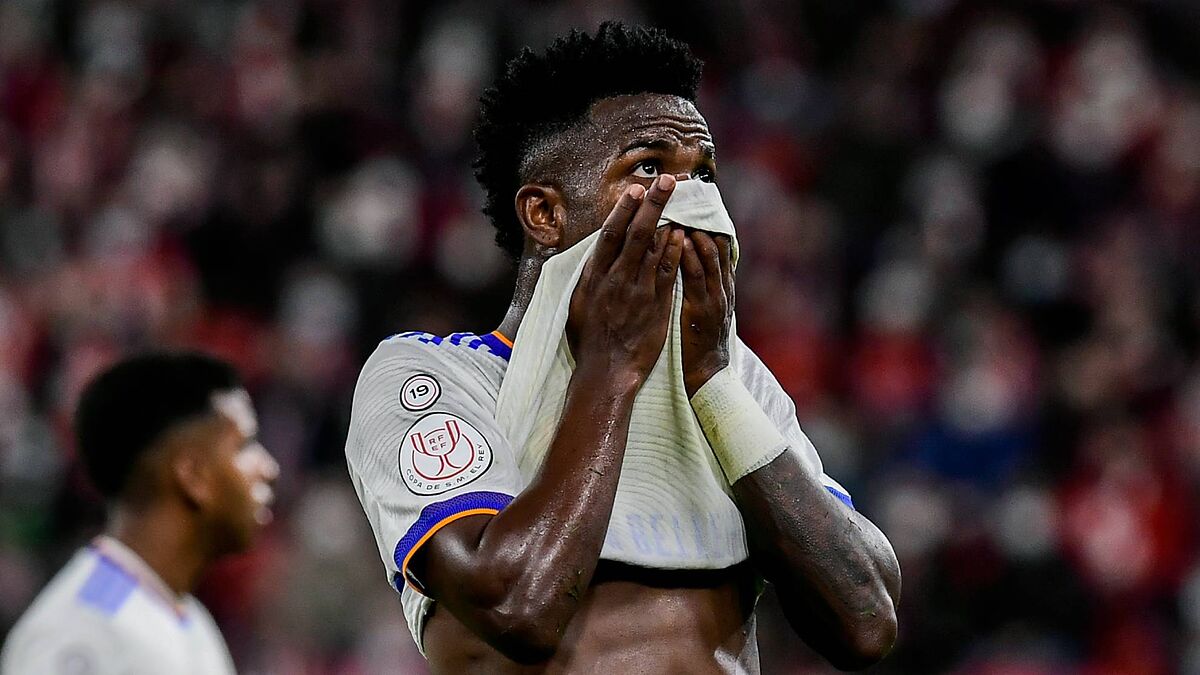 Vinicius Junior arrived back in Madrid early on Wednesday afternoon after having been away on international duty with Brazil, yet 30 hours later he was starting for Real Madrid away at Athletic Club in the quarter-finals of the Copa del Rey.

The 21-year-old did not have his best performance at San Mames, however, and was withdrawn by Carlo Ancelotti just after the hour mark.

In fact, prior to the substitution, Vinicius was not making much of an impact and seemed to be affected by the multiple fouls he received, as he remonstrated with the referee on numerous occasions.

Ancelotti had already warned Vinicius to calm down before bringing him off, and David Alaba had also stressed the same message to the young forward minutes earlier.

Athletic central midfielder Dani Garcia had won both the physical and mental battle with Vinicius, who looked jaded from his trip back from Brazil and was unable to exert the same level of effort he usually does.

Since returning to the club last summer, Ancelotti has been one of Vinicius‘ biggest supporters, which has played a part in the Brazilian’s performances this season.

“He is a different player, special, one of the best in the world,” Ancelotti said during his introductory press conference.

Yet, the Italian coach is not afraid to criticise the young forward when he has to. Ancelotti understands that opposition players will try to get under Vinicius‘ skin in order to throw him off his game.

Real Madrid‘s next match is at home to Granada in LaLiga Santander on Sunday night, a game in which Vinicius might be given some rest, but then Los Blancos have a tough trip to face Villarreal the following weekend before taking on Paris Saint-Germain in the French capital on Tuesday, February 15.

It is precisely that game against PSG that Real Madrid and Ancelotti hope Vinicius will come to the fore and show why he is player who can make the difference on the big stage.