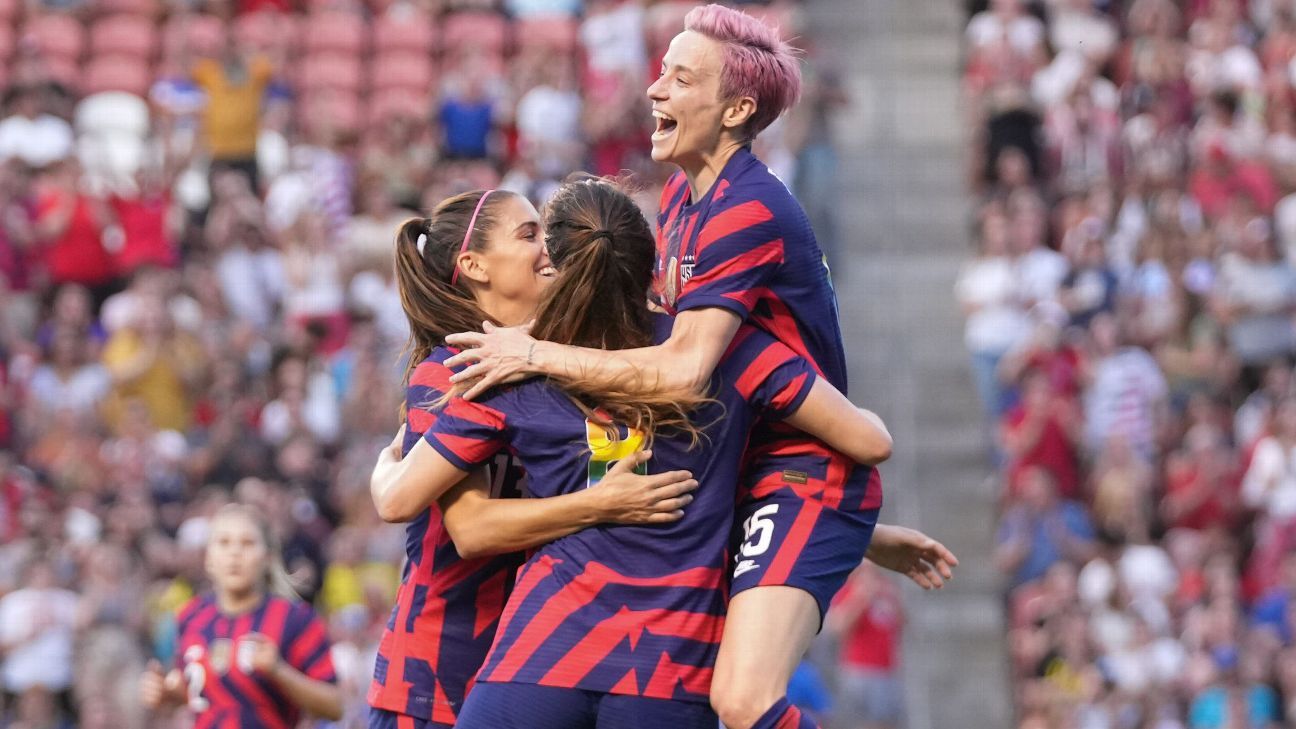 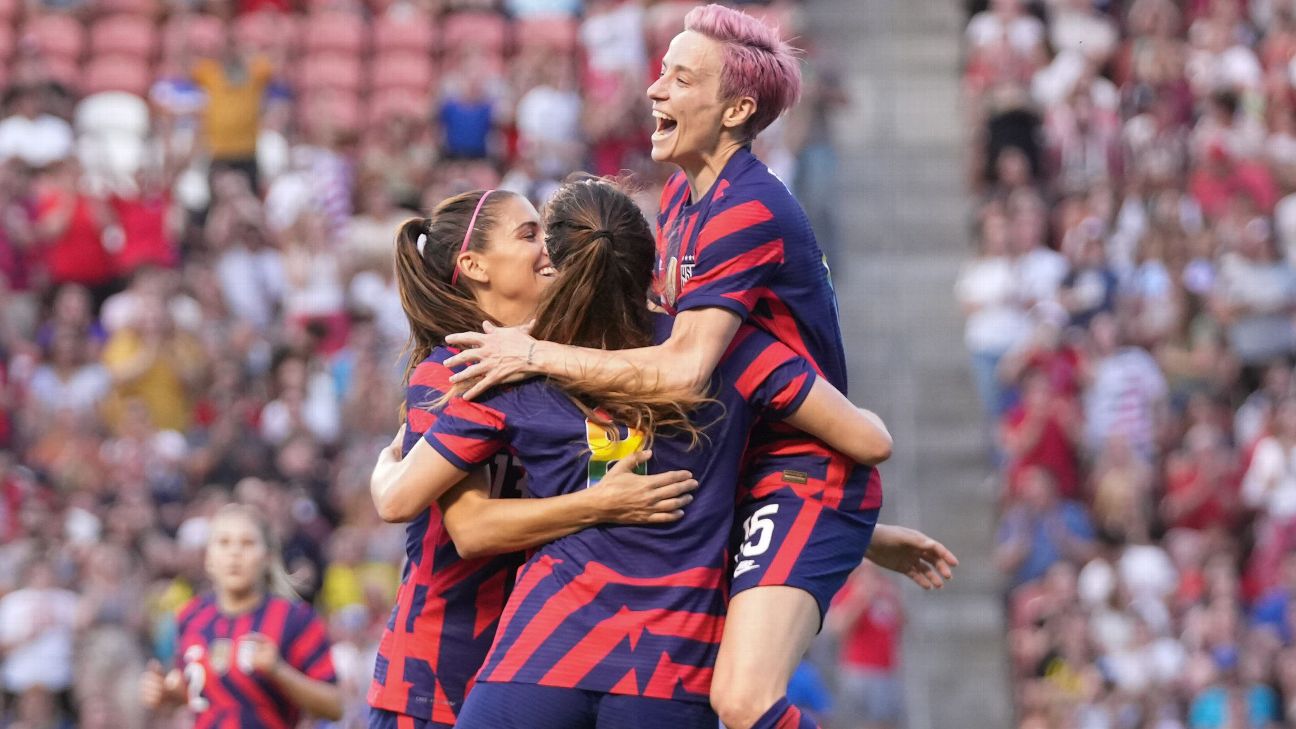 SANDY, Utah — Had there been actual stakes in Tuesday’s final tune-up match for the CONCACAF W Championship, the United States women’s national team’s 2-0 win against Colombia would have been ripe for dissection. The U.S. controlled the game, as usual, but that didn’t translate into many good chances in what was a mostly underwhelming performance considering the team’s high standards.

It would have been fair to question the root of those offensive woes or consider possible solutions. But context matters. Playing Colombia for the second time in four days, with a heavily rotated lineup that doesn’t have much experience playing together, was never going to be a worthwhile indicator of what to expect when the team attempts to qualify for the Women’s World Cup starting next week. This match was more about offering individuals match time and acquiring some final data for coach Vlatko Andonovski to use when the team starts playing for keeps.

The United States’ opening goal was a gift in the 22nd minute. Right-back Sofia Huerta tried to swing a cross in from the edge of the box and it deflected off Colombia defender Manuela Vanegas cleanly into the net to give the U.S. the lead. It was the fifth own goal by a U.S. opponent this year, the most ever conceded by opponents in a calendar year in program history.

It was the lone moment of celebration in the first half, despite welcoming veteran attackers Alex Morgan and Megan Rapinoe back to the starting lineup for the first time since October — a span of nine games for each. They were joined by Midge Purce up front, but the trio struggled to break down the compact Colombian defense — as was the case in the first half against Colombia on Saturday when the U.S. was held goalless before eventually winning 3-0. Andonovski didn’t seem dissuaded.

“No, not at all. I thought [the forwards] did a very good job,” he said. “In a game like this when the forwards are surrounded with four or five players at times, it’s hard to find them. Just the fact that Alex came into a very good goal-scoring opportunity. She played a nice ball to Sophia for the first goal. I thought that’s positive.

“Those are little things that we’re looking at, individual performances in certain situations. We cannot evaluate a player for 90 minutes. We’re gonna have to look at specific moments and how we can replicate those moments in the next game.”

The U.S. hadn’t added to its tally when a lightning strike in the area resulted in a 45-minute delay in the 75th minute. After the weather cleared, Kelly O’Hara, who came on as a sub, struck quickly with just her third international goal in 155 caps, volleying a bouncing ball into the side netting.

Perhaps more than anything, the game will be remembered as the international debut for defender Carson Pickett, who was born without part of her left arm. The North Carolina Courage player is the first player with a limb difference to appear for the U.S., and at 28 years old is the oldest U.S. women’s player to make her debut since McCall Zerboni (30) in 2017.

“Carson did very well in training for us in last week and with the management of minutes for Emily Fox that we had, we felt like Carson would be a good replacement and I’m happy that she was able to perform well for 90 minutes,” Andonovski said.

Pickett will not be with the team when the W Championship starts, where the team is limited to a 23-player roster. Andonovski carried 26 for the friendlies against Colombia with Jaelin Howell, Sam Coffey and Pickett as the three extras.

The United States will open the tournament — which serves as the primary qualifier for both the 2023 World Cup and the 2024 Summer Olympics — Monday against Haiti. Its four-team group also includes Mexico and Jamaica. The top two finishers from each of the two groups will qualify for the World Cup and the tournament’s winner will punch its Olympic ticket. Third-place group finishers can qualify for the World Cup through the intercontinental playoffs and the second- and third-place overall finishers will have the ability to qualify for the Olympics in the CONCACAF Olympic play-in series in 2023.

In this article:Women Football Leagues 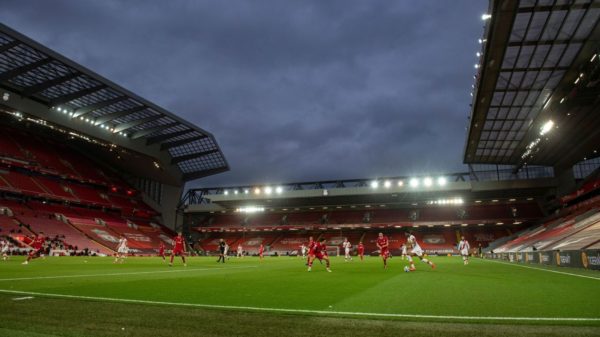 European soccer revenues grew by 10% in the 2020-21 season despite most an almost total lack of fans in stadiums, according to a report... 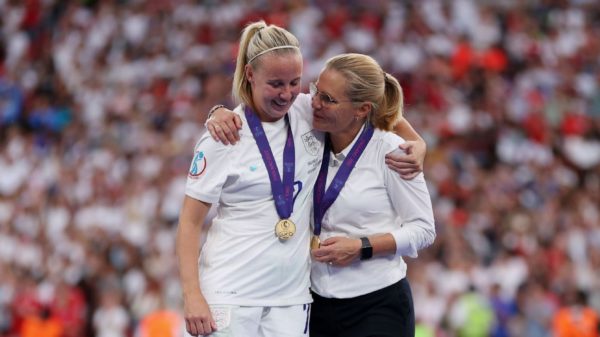 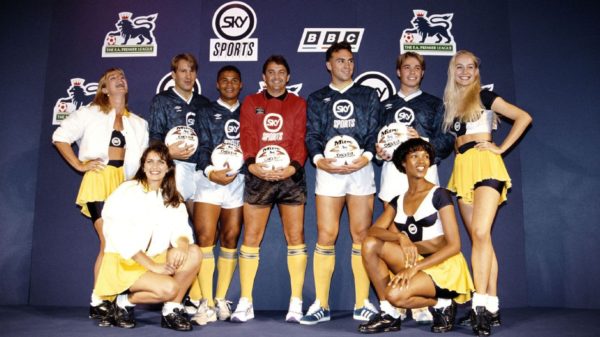 9:00 AM BST In 1992, the Premiership — as it was then known — looked nothing more than some fancy packaging and clever branding...