Jack Grealish is said to have been persuaded to play for England over the Republic of Ireland during a meeting with former Three Lions boss Roy Hodgson.

The Aston Villa midfielder played for Ireland’s U21s before making the switch to England, qualifying as three of his grandparents are Irish.

The FA targeted Grealish and West Ham star Declan Rice who also started his international career for the boys in green.

Grealish was convinced in a one-on-one meeting with Hodgson when he was 19 and the ex-England boss reportedly didn’t allow the player to have an agent present, according to The Athletic.

Former Villa boss Tim Sherwood told the publication: “My view was that, ultimately, it’s down to the boy, it’s where he feels his heart is.

What do you think of Grealish’s Euro 2020 performances? Comment below

“He’d played for Ireland’s under-21s and they’d given him the trophy for young player of the season, which was them trying to force the issue.

“He was having a good time with Ireland. But I said to Jack, ‘If you were my son, and I believe in you as I do, I’d be telling you to play for England.’

“Maybe it would have been different if Jack was Irish through and through. In the past, certainly in my era, Ireland had a good history of getting to later stages of tournaments and pulling off some shocks…

“I just always felt there would be a time when England could do it. I told Jack that. ‘First and foremost, I think you’re good enough, I think you’re an England international, but it has to be your decision.’ And he said, ‘I think I have made my mind up, it’s going to be England’.”

England fans and management alike are pleased Grealish made the decision he did, especially now he is performing well at Euro 2020.

The 25-year-old has made a huge impact when coming off the bench, particularly in England’s 2-0 last 16 match against Germany.

He played a part in both goals scored by Raheem Sterling and captain Harry Kane.

Grealish was on the bench for England’s 4-0 quarter-final win over Ukraine on Saturday but wasn’t used by manager Gareth Southgate. The star is expected to feature in the matchday squad for the Three Lions’ semi against Denmark on Wednesday.

Southgate has been singing his praises throughout the tournament and the feeling is mutual as Grealish hailed the manager’s “masterclass” against the Germans.

He said: “It was a masterclass, wasn’t it? Fair play to the manager and the coaching staff, they changed it up and we matched Germany. It worked in our favour. Probably our best performance of this Euros.

“He (Southgate) just told me to go on and express myself, and play the way I usually do, with a smile on my face.

“I went on and did that, and luckily for me I created one of the goals.” 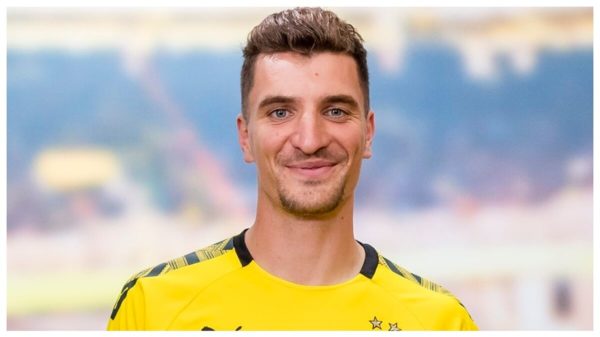 Xavi Hernandez‘s priority is for Barcelona to beef up their attack by signing a striker or a winger, but the Blaugrana boss also believes...