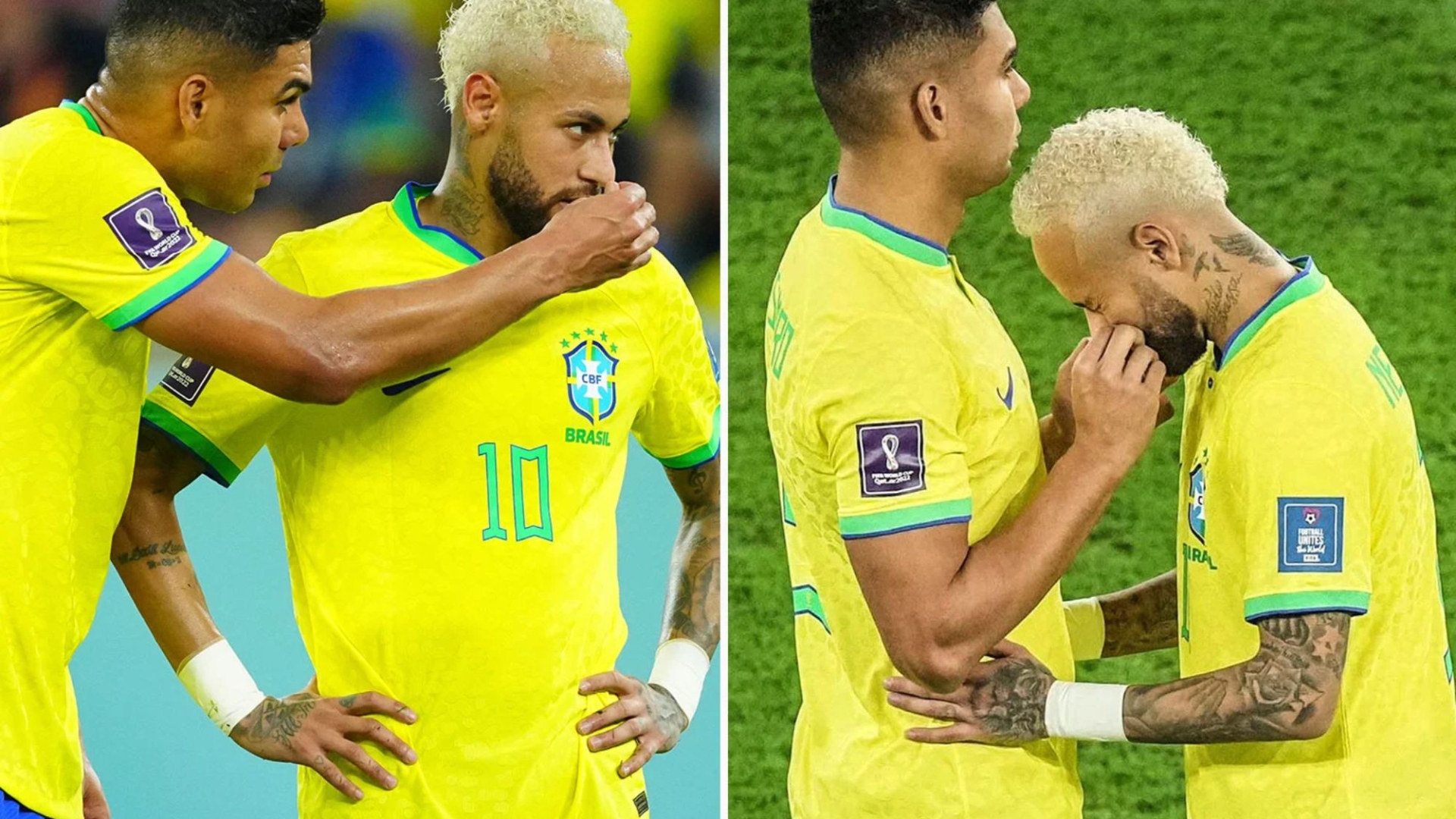 The Manchester United star was rejoined in the Selecao’s starting XI by Neymar, after the attacker missed two group games with an ankle injury.

Casemiro, 30, was captured on camera appearing to wipe his team-mate’s nose before giving him a hug.

And eagle-eyed viewers were left baffled by the incident.

One fan wrote on Twitter: “What the hell just happened with Neymar and Casemiro?”

And another asked: “What is he doing?”

While a third joked: “Dani Alves must have been feeling very jealous.”

Others likened Casemiro’s bond with Neymar to Rodrigo De Paul’s with Lionel Messi within the Argentina team.

The duo have been playing together for Brazil for over a decade.

Neymar, 30, picked up an ankle injury during his side’s tournament opener against Serbia – but his return last night against South Korea could scarcely have gone any better.

Paik Seung-ho did manage to belt home a consolation effort for South Korea in the second half, but it was Brazil who made it safely through to the quarter-finals with a 4-1 win.

Amid criticism of Neymar from some fans last month, Casemiro sought to defend his pal.

He said: “When you wish harm on someone, regardless of who they are, it is very serious.

“I am very sad, especially for being a person who helps so many people. Neymar doesn’t deserve this.”

Brazil will face Croatia in the quarter-finals on Friday, after the 2018 finalists edged past Japan on penalties.