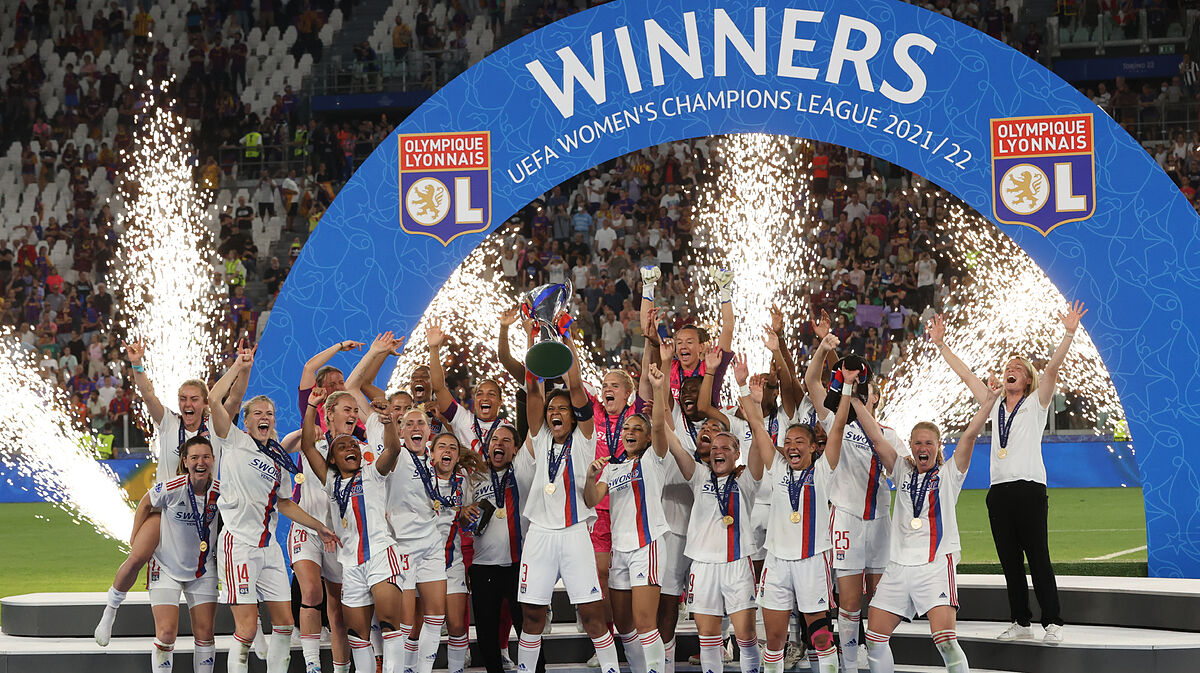 It is often said that the hardest thing is not getting to the top but rather staying at the summit, and Barcelona are a good example of this. The Blaugrana lost their continental crown in Turin after losing the Women’s Champions League final 3-1 to Lyon in a match in which the French side showed more dominance, strength and experience. It was the eighth title for the French side, who reign in Europe again two years on from their last triumph.

It was not a day for surprises, so Barcelona‘s Jonatan Giraldez and Lyon‘s Sonia Bompastor opted for their first-choice line-ups. It was Lyon who came out on the pitch better, pressing their opponents off the ball and forcing them to run more than play. Amandine Henry, with a right-footed shot from outside the area that flew into the top corner, opened the scoring in the first half.

Barcelona tried to react immediately and Jenni Hermoso had the equaliser in her boots, but her shot from inside the area was blocked by Christiane Endler‘s hand. The French side attempted to put the game to bed with the alternative game of time-wasting and wanton fouls. The injury to Ellie Carpenter, who left the field of play on a stretcher, did not change Lyon‘s plans, however, and they pulled themselves together to the point where they were able to extend their lead in the middle of the first half. A cross from Selma Bacha, a poor clearance by Sandra Panos, a loss of position by Mapi Leon and a goal by Ada Hegerberg, the all-time top scorer in the Champions League.

The Blaugrana lost control, lost their position and lost their rhythm. It gave the impression that the team was operating at the mercy of a Lyon side who know how to play this type of game with experience. Another defensive blunder, with a poor clearance by Irene Paredes, allowed Hegerberg to cross and find Catarina Macario, who only had to push it over the goalline.

If there was any hope of belief it was in scoring before the break and Barcelona got it. Carolina Hansen crossed and Alexia Putellas beat her marker to score the first goal. It was a goal that made her the top scorer of the tournament, although she has little motivation for individual awards if they are not accompanied by collective success.

Giraldez made a change in the interval, replacing Jenni, who did not perform well in the game, and brought on Asisat Oshoala. Seeing that things were neither good nor bad, the Galician coach brought on Lieke Martens and Ana-Maria Crnogorcevic.

Patricia Guijarro had the crowd jumping out of their seats when a shot from the centre circle hit the crossbar. She saw Endler in front of her and struck confidently, but it was a day of no luck at all. Barcelona pressed forward and came close to scoring through a willing and erratic Oshoala and an electric Crnogorcevic who spurred on an otherwise unrecognisable Barcelona right wing. They turned things around in such a way that they ended up dominating the statistics in terms of possession, chances on goal and shots attempted, although numbers are hollow if they are not accompanied by accuracy.

Lyon played with both the clock and experience on their side. They showed they are not uncomfortable playing on the counter and defending in the trenches of their own penalty area. Even Hegerberg hit the post in stoppage time. They only stopped grinding their teeth when the referee blew the final whistle and they could taste the glory again. You don’t know what you have until you lose it. Defeat will make Barcelona appreciate even more what they have achieved, and they will be back, there is no doubt about that…