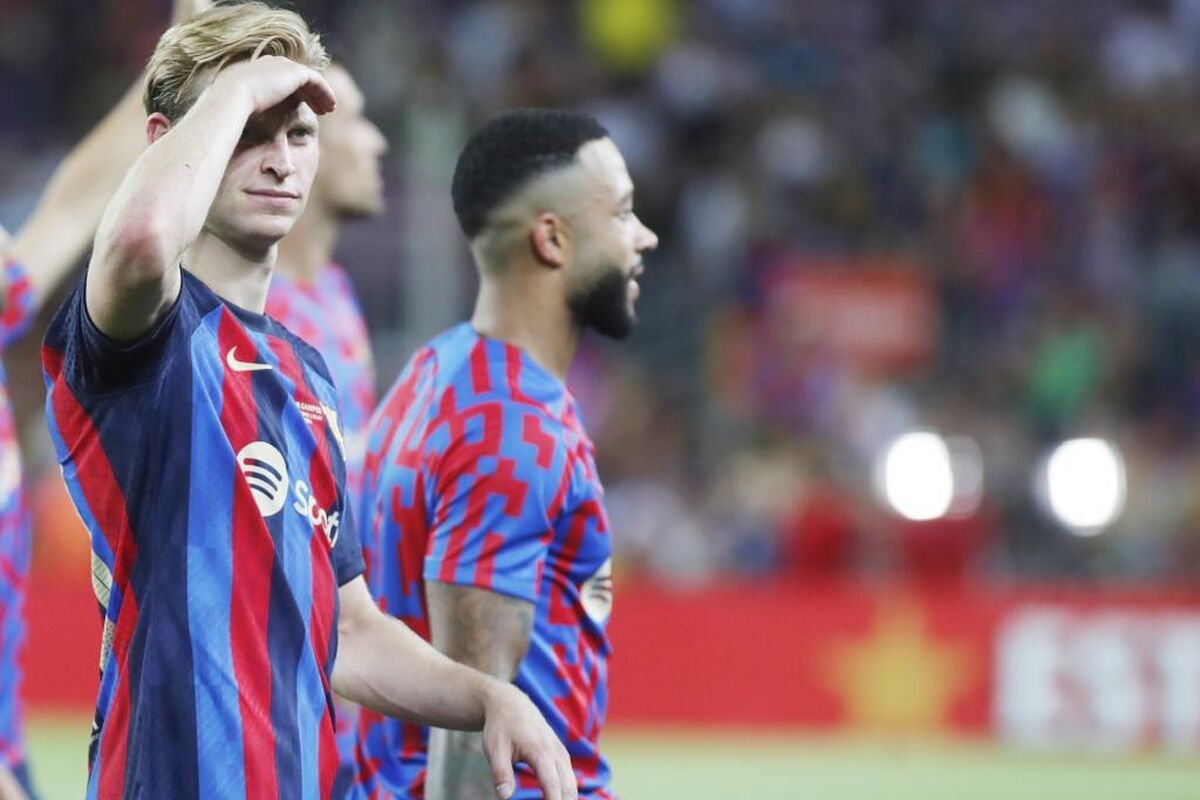 Barcelona have told Frenkie de Jong that they want to annul his existing contract and return to the terms he had before.

They are claiming that the terms given to him by the club’s previous board, headed by Josep Maria Bartomeu, had certain irregularities and now provide grounds for legal action against those involved.

According to The Athletic’s sources, Barcelona wrote to De Jong on July 15 claiming to have found evidence of wrongdoing on the part of the parties who signed his renewal in October 2020.

That two-year extension until 2026 – which was announced alongside those of Gerard Pique, Marc-Andre Ter Stegen and Clement Lenglet – reduced his salary for the 2020/21 and 2021/22 seasons, leaving 18 million euros to be spread over the following four seasons.

The letter sent to De Jong last month was to inform the Dutchman that Barcelona believe they are in a position to initiate criminal proceedings to establish what happened in relation to the signing of his contract and determine where responsibility for the alleged irregularity lies.

In other words, the club want to rescind his current conditions and return to those agreed in the year of his signing, back in 2019.

Sources at the Catalan club suggested to The Athletic that there have already been talks between Barcelona and De Jong‘s entourage, in which the current board stressed that the previous board may have carried out some irregularities and also warned that De Jong and his representatives may be involved.

This could prove Evgeniy Levchenko, president of the Dutch players’ union, right, who slipped the idea that De Jong could be a victim of extortion, something Joan Laporta denies.

The global players’ union FIFPRO is known to be monitoring the situation closely with Barcelona‘s attempts to try to get the player to accept a much reduced sum of the 18 million euros he agreed to defer during the pandemic.