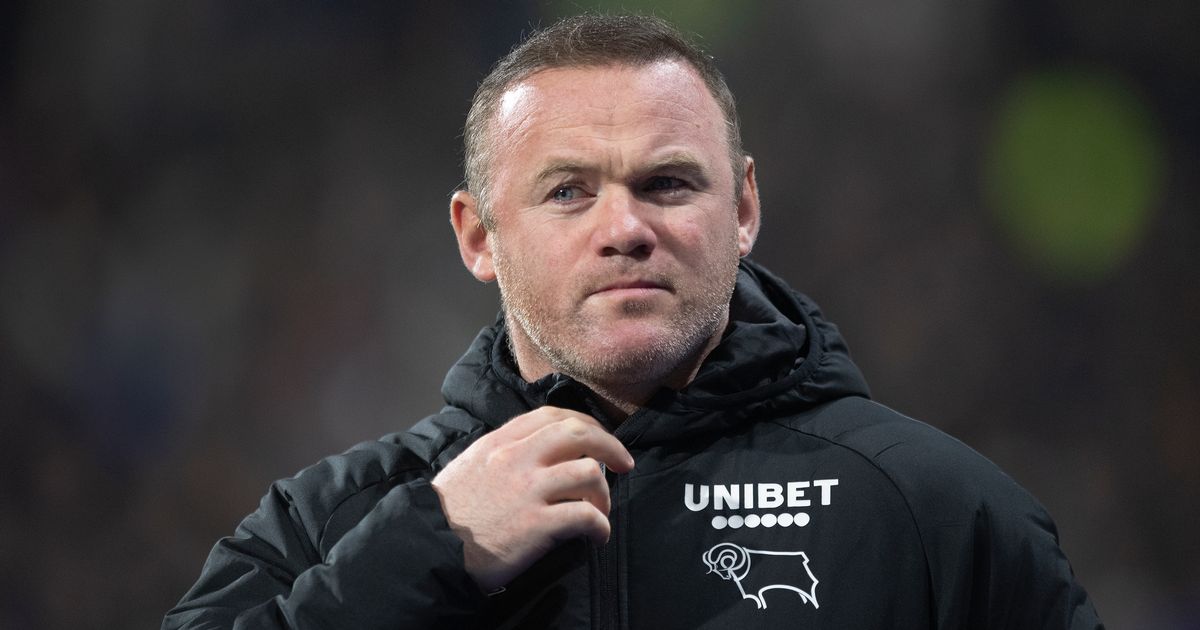 Wayne Rooney has opened up on his reasoning behind snubbing old club Everton.

The Derby County manager revealed last month that he turned down an approach for an interview from his old club.

Rooney has been working under hugely difficult conditions at Pride Park, with the Championship club in administration and battling to avoid relegation to the third tier.

But he was won plenty of plaudits for his management of the situation. Now, he has spoken about his staff at the East Midlands were “scared” once a clear link with the Toffees emerged following Rafael Benitez’s departure last month.

Speaking to the Mail on Sunday, Rooney said: “I have been here now for over three years as player and manager and you build relationships up with players, first of all as team-mates, then as manager, and with staff.

Can Derby pull off a miracle escape? Let us know in the comments section

Wayne Rooney has remained loyal to Derby, despite interest from his old club Everton

“Everything I am asking of those players in terms of hard work, honesty, trust, commitment…if I was just to turn round and say “I have had an offer, I’m off”, I honestly couldn’t do that to the players and the staff.

“I could see once Benitez was sacked and my name was getting linked with Everton that the staff were down and they were scared that if I left, where did that leave the club.

“I know they have been looking to me to try and help rebuild this club.

“I spoke to the staff and said: “I am stood in front of you and I am with you. Whatever is being said out there, I am with you. I think that was big for them.”

Rooney’s side have been hit with two separate deductions this term, totalling 21 points.

Despite that huge handicap, they are just seven points adrift heading into the final third of the campaign.

Many neutrals have been especially impressed with Rooney’s handling of the myriad of off-field worries he has to contend with.

The latest concern is the ongoing spat with Middlesbrough and Wycombe regarding compensation.

Rooney added: “With the situation we are in, we have to fight. Nothing is getting given to us. You have got to take it.

“You feel like everyone’s against us. I say that to the players: ‘Listen, all the obstacles being put in front of us, it’s on us, no one is going to give us anything. Do you want to stay in this division? Do you want to fight through it? Do you want to create a legacy at this club? Because you have got an opportunity to do that’

“Some players see success as winning trophies but the achievement of staying in the division, after everything we have had to deal with, would be one of the best in the club’s history.

“That is the opportunity we have.”

Derby return to action on Tuesday night when they host Hull City.