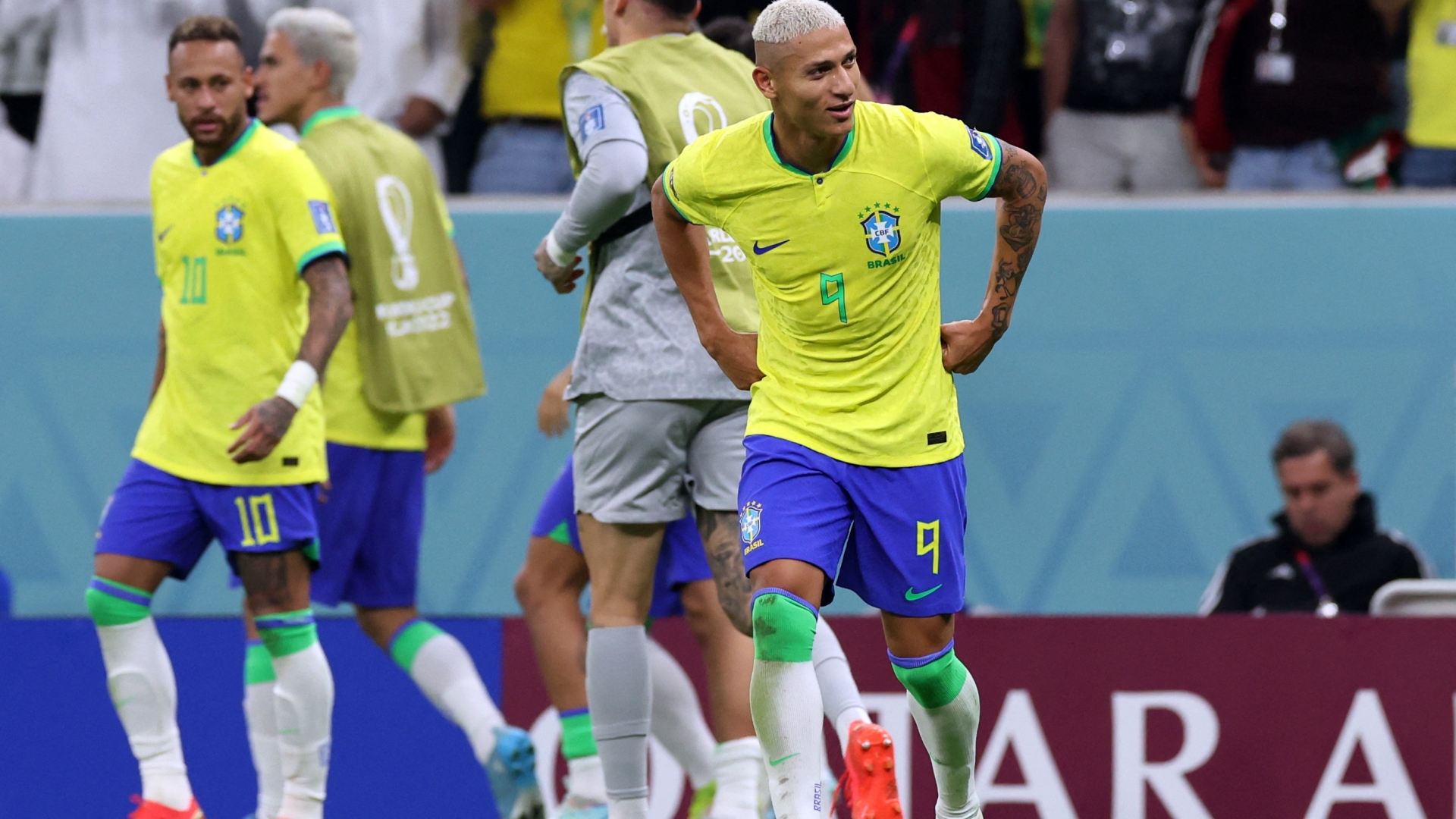 RICHARLISON taught legendary Brazil striker Ronaldo his pigeon dance after their 4-1 win over South Korea at the World Cup.

The Tottenham man, scored the South American’s third goal of the game, capping a wonderful move as Tite’s men ran riot in the first half.

Richarlison celebrated with his trademark pigeon dance move – which is inspired by pop group Os Perseguidores.

After the game, he then met with Brazil icon Ronaldo to teach him the jig.

And those on social media loved the interaction between the pair.

One person said: “Richarlison’s face when he hugged Ronaldo is priceless, just like a kid meeting his childhood hero.”

Another added: “I love how he put his head on Ronaldo’s chest.”

And a fourth responded: “This is the type of content we’re looking for 🇧🇷.”

But a concerned fan jokingly replied: “Don’t show this to Roy Keane, he is allergic 😂😂😂😂.”

Keane slammed Brazil’s dancing after they extensively celebrated each of their four goals – all of which came in the opening 36 minutes.

He said on ITV’s coverage of the match: “I can’t believe what I’m watching. Obviously brilliant, brilliant by Brazil.

“Fantastic finish by Vinicius, great start to the game. But I’ve never seen so much dancing. It’s like watching Strictly. I can’t believe what I’m watching.”

The Irishman went on to add: “I don’t like this. People say it’s their culture. But I think that’s really disrespecting the opposition. It’s four goals, and they are doing it every time.

“I don’t mind so much the first jig, it’s the one after that, and the manager getting involved. I’m not happy about it. I don’t think it’s good at all.”

Ex-Everton man Richarlison, who got manager Tite involved in the dance following his goal, has previously discussed what inspired it.

He said: “The pigeon dance came from a group from Rio de Janeiro who had a song in around 2012.

“A trend was started when I did the dance at home. Everyone started copying me.”

Next up for Richarlison and Brazil is a quarter-final clash with Croatia on Friday.