Major League Soccer announced on Monday that it was unable to corroborate an allegation that a Minnesota United player directed racially abusive and offensive language at a Portland Timbers player during a match on June 26, and thus no sanctions will be forthcoming.

A source with knowledge of the situation confirmed to ESPN that the allegation was that Loons midfielder Franco Fragapane racially abused Portland midfielder Diego Chara around the 62nd minute, with referee Rosendo Mendoza briefly suspending play in the 65th minute. After consulting with the captains from both teams, Mendoza opted to not issue any discipline at the time.

– MLS on ESPN+: Stream LIVE games and replays (U.S. only)

Immediately after the match, MLS opened an investigation into the allegation, but Portland manager Gio Savarese said he was upset at the way the incident was handled on the field.

“I am very and extremely disappointed that still at this time we have to deal with situations that should not be happening anymore or in any sport or anywhere,” he said. “It’s things that are not acceptable and, in this game, there was a situation that had to do with a racist situation. A discriminatory word that has been said to one of our players that cannot have any place in anywhere or in any situation or any sport, nowhere.

“So, I’m extremely disappointed that still at this time we have to deal with these kind of situations in a game. The referee should have handled this situation in a much better way.”

Minnesota United later said in a statement to ESPN: “The team has been investigating the matter and the player involved in the reported incident has denied making any derogatory remarks.”

In a statement, MLS said it conducted a review of the incident, which included interviews with the match official and players, as well as an examination of all available audio and video footage from the match. A source added that this included a conversation between Chara and MLS executive vice president and chief diversity, equity and inclusion officer Sola Winley.

In its statement, MLS said that while it “found the allegation to be made in good faith, the League could not corroborate or refute the allegation.” MLS mandates that all players complete annual non-discrimination and anti-harassment training, which takes place during the preseason.

Clubs are required to ensure that all players who arrive after preseason complete such testing, and any players who have not done so must do so promptly. Clubs that do not comply with this policy are subject to fines from MLS. 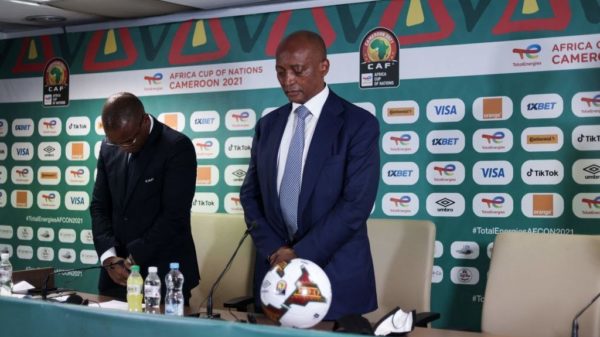 CAF president Patrice Motsepe – ‘When people lose their lives, you must be angry’

12:41 PM GMT Confederation of African Football president Patrice Motsepe says the continent’s governing body will take responsibility for the deaths of at least...