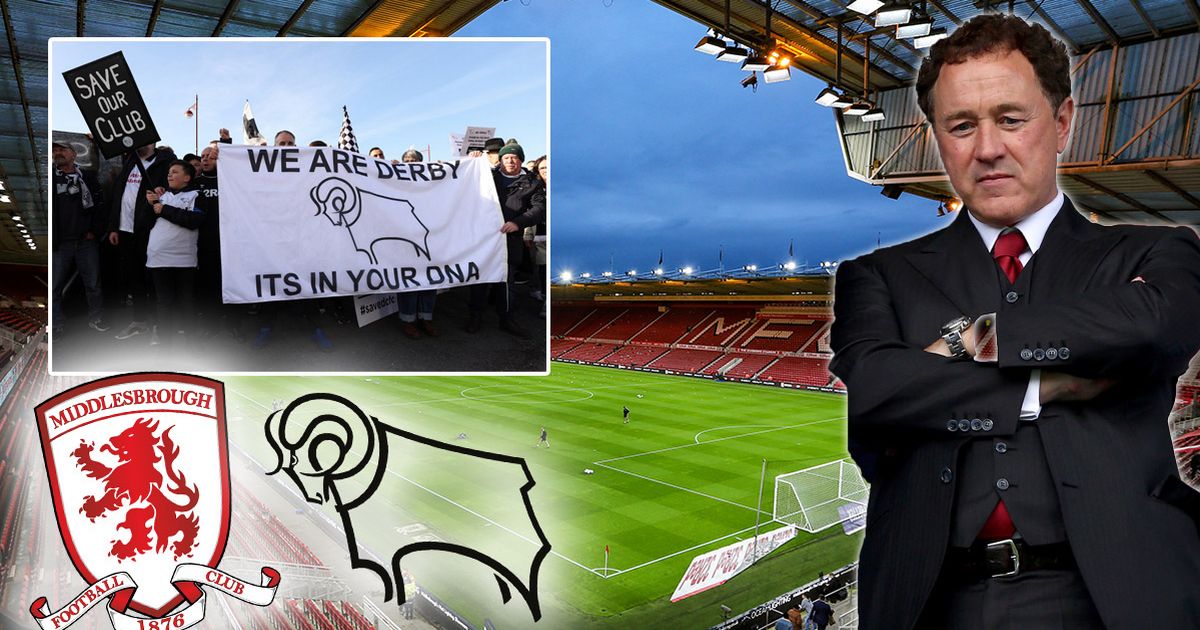 It promises to be a spiky atmosphere when Derby, set to be backed by 2,000 travelling away fans, travel to the Riverside as off-field tensions between the two clubs continue

Middlesbrough are beefing up security ahead of a potentially volatile atmosphere when they host Derby County at the weekend.

The two sides are embroiled in an off-field matter with Boro chairman Steve Gibson launching a compensation claim of more than £40million against the Rams.

Saturday sees the two sides meet at the Riverside Stadium and the Telegraph report that a number of measures have been implemented in a bid to minimise the threat of matters escalating.

Derby sold out their allocation of more than 2,000 tickets and Gibson is likely to receive a hostile reception from the away end.

The report claims that Boro have employed a heavy police presence in and outside the stadium.

Will Derby pull off a miraculous survival mission? Let us know in the comments

Security at the Riverside, especially surrounding Middlesbrough owner Steve Gibson, will be ramped up for Derby’s visit

Additionally, all seats behind the director’s box, where Gibson will be sat, have only been made available to home supporters with a history of previously booking tickets.

The feud between Boro and Derby is a long-running one, with Gibson launching legal action back in May 2019 after Derby beat them to the final play-off spot in the Championship that season.

This year, Gibson wrote a lengthy open letter to Derby’s administrators Quantuma in which he stated he “does not want to see Derby County cease to exist”.

Former Derby owner Mel Morris has invited Middlesbrough and Wycombe, who are also pursuing legal action, to take their compensation claims to the High Court against him personally.

It all adds up for a spicy atmosphere, on and off the pitch, on Saturday.

Six players were booked when Derby and Middlesbrough last met, in August

Derby have been in administration since September and are yet to find a new buyer, with former Newcastle owner Mike Ashley among the front-runners.

Earlier this week Ashley’s head of PR Keith Bishop said of his boss: “He wants the Derby fans to know he is very much interested.

“If I were a Derby fan I’d be very happy. And from the response we are getting, there are a lot of fans who want him to come in and take the club over.

“With where they are now, they deserve a lot better. And that’s what he can do.

“We’ve had a lot of emails recently from Derby fans saying they want him to take over, which has also pleased him obviously.

“He’s a rich individual, but not one that could take Newcastle where it needed to be, so that’s what he did.

“And I think that’s what Derby needs right now – someone who knows football, but is also a good businessman.”

They are just four points adrift of safety despite carrying a mammoth 21-point handicap, handed down for entering administration and a historic breach of accounting policies. 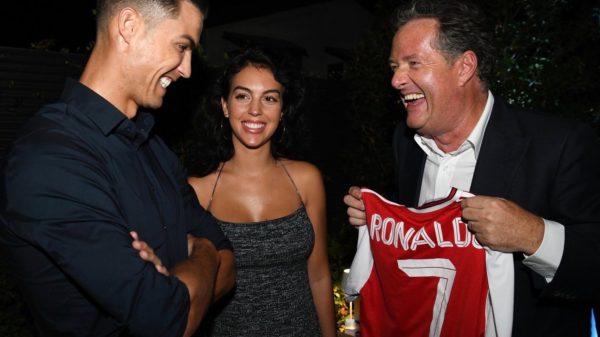 PIERS MORGAN has hilariously told pal Cristiano Ronaldo now is the time to sign for Arsenal. The Portuguese ace, 37, has reportedly told Old...