Wales led through Harry Wilson’s superb 10th-minute opener – the product of a sweeping 17-pass move and Bale’s brilliant through ball – before Belgium fought back to win 3-1 in a manner befitting the world’s No 1 team.

Kevin De Bruyne, Thorgan Hazard and Romelu Lukaku, from the penalty spot, were on target as Belgium avenged their Euro 2016 quarter-final defeat to Wales in Leuven. 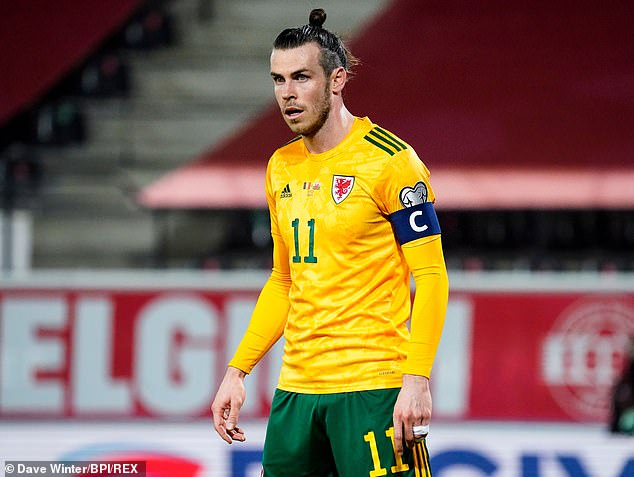 ‘It was great to get an early goal. We felt we were set up well, our game plan was going well,’ Bale told Sky Sports after Wales’ first competitive defeat in 12 games.

‘A few sloppy mistakes let them back in. We know they are a great side and they’ve got great players. When you do make mistakes you get punished.

‘We went into half-time 2-1 down and still in the game. We came out second half and made a few tiny changes tactically and we were in the game for large parts. 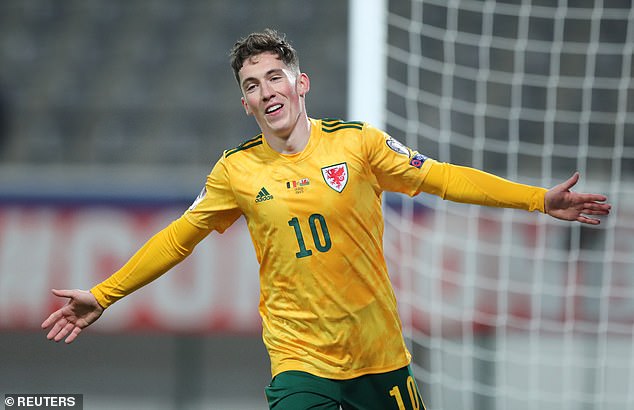 ‘Neither team created too many chances, especially clear cut.

‘We’re disappointed to lose, but we knew it was going to be difficult here and we have to take the positives out of this into the next games.’

Wales’ next qualifier is against the Czech Republic – who opened their qualifying campaign with a 6-2 victory away to Estonia – in Cardiff on Tuesday.

The Czechs play Belgium at home on Saturday, while Wales entertain Mexico in a Cardiff friendly that will almost certainly see caretaker manager Robert Page field most, if not all, of his fringe players. 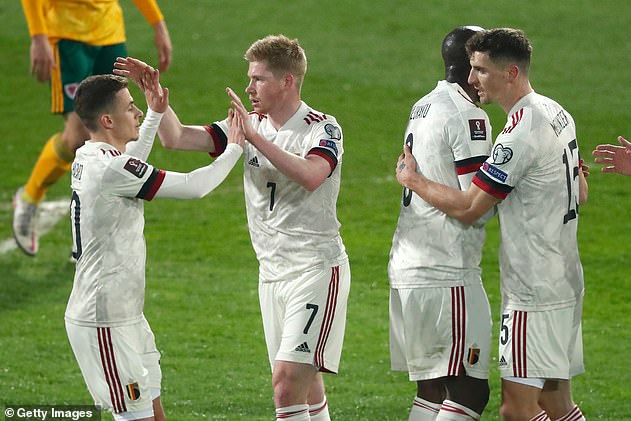 ‘We have to bounce back,’ said Bale, who was withdrawn in the closing stages as a precaution.

‘We have to realise this was against the No 1 team in the world, let’s not get too harsh on ourselves. We go again.

‘It’s difficult to score against them with the amount of possession they have and we were unlucky to concede a bit of what I guess is a light penalty. 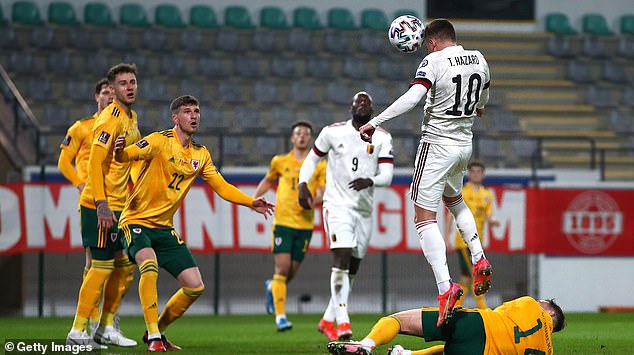 ‘It killed the game a little bit, but we showed the spirit to keep going like we always do to get another goal. But it wasn’t meant to be.’

On a difficult surface which played a key part in proceedings when Connor Roberts slipped to allow Hazard to head home Belgium’s second goal, Bale said: ‘The pitch was not great at all. But you can’t use it as an excuse. It’s the same for both teams.

‘Obviously in an ideal world you play on a better pitch, but the surface is the same for both, no excuses, and we move on.’ 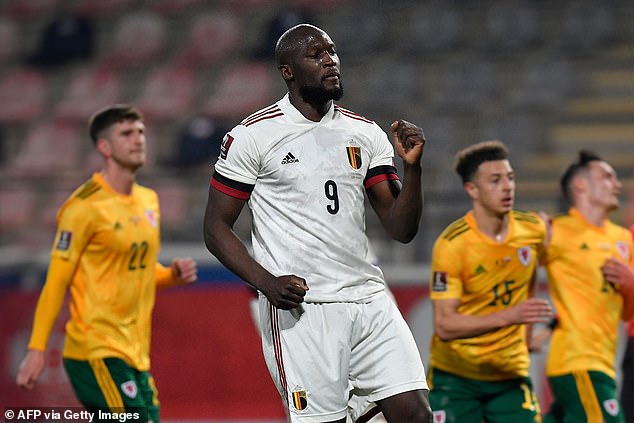 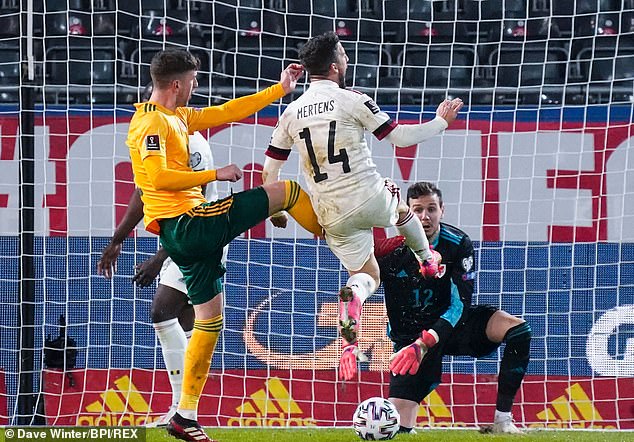 Belgium manager Roberto Martinez was delighted with his side’s performance after the shock of conceding an early goal.

Martinez said: ‘The game became even harder in the moment that we conceded the first goal.

‘Wales adapted to the game better than us and we had two choices.

‘To accept it and let the game go away from you, or show personality and bravery – and that’s what the team did.’