Brazil striker Gabriel Jesus is out of the Copa America final against Argentina because of a red card he received during his team’s 1-0 quarterfinal win over Chile.

South American soccer body CONMEBOL said in a statement on Tuesday it suspended Jesus for two matches. The striker didn’t play on Monday in Brazil’s 1-0 semifinal victory against Peru, being replaced by winger Everton.

Jesus was sent off shortly before the second half of Brazil’s victory against Chile after he hit Eugenio Mena with a flying kick. The Brazilian said it was an accident and apologized.

Jesus said on Instagram he did not agree with the decision.

“Two-match ban and no appeal? Congratulations CONMEBOL. I think you didn’t see what happened right,” he wrote.

Neymar also posted on Instagram to support his teammate.

“It is very sad to be on the hands of people who make this kind of decisions,” Neymar said.

The Copa America final will be played on Saturday at the Maracana Stadium in Rio de Janeiro.

Two years ago Jesus scored a goal and had an assist in Brazil’s 3-1 win in the Copa America final against Peru, but he was also sent off after a harsh tackle. He is the only player who has received a red card twice under coach Tite. 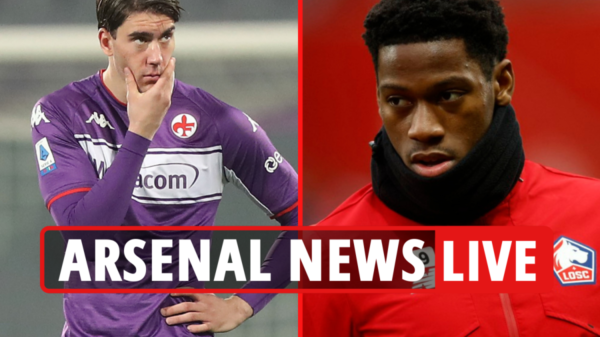 Hutchinson – Avoid signing Dembele Ousmane Dembele is out of contract at Barcelona at the end of the season, and expected to leave the...