THE sister of Emiliano Sala is in a serious condition in hospital after attempting to take her own life, according to reports in Argentina.

TN Deportivo has claimed that Romina Sala was taken into emergency care on Tuesday in the Argentine city of Santa Fe.

The 29-year-old lost her brother in a plane crash in January 2019, shortly after he had signed for Championship club Cardiff City.

Emiliano was travelling to the Welsh capital from previous club Nantes when the aircraft he was in crashed off the coast of Guernsey.

His body was eventually discovered but the pilot, David Ibbotson, has not been found.

A report by the Air Accidents Investigation Branch previously concluded that the aircraft carrying Sala and Mr Ibbotson suffered an in-flight break-up while being flown too fast for its design limits.

It also found that the pilot lost control while attempting to avoid bad weather.

It added that Mr Ibbotson was probably affected by carbon monoxide poisoning.

Investigators found that a contributory factor in the crash was Mr Ibbotson having no training in night flying, and a lack of recent practice in relying only on cockpit instruments to control a plane.

They also found that he held a private pilot’s licence that did not allow him to conduct flights for reward.

David Henderson, who is alleged to have arranged the flight, is due to stand trial in October. He denies any wrongdoing.

A full inquest into Sala’s death is not expected to be held until 2022.

On the second anniversary of the fatal air crash, Sala’s family demanded to know “the full truth” about his death.

In March of this year, the family launched legal action against 13 parties, including Cardiff.

If you have been affected by any issues and just need to talk, contact The Samaritans on 116 123. They are available for free at anytime. 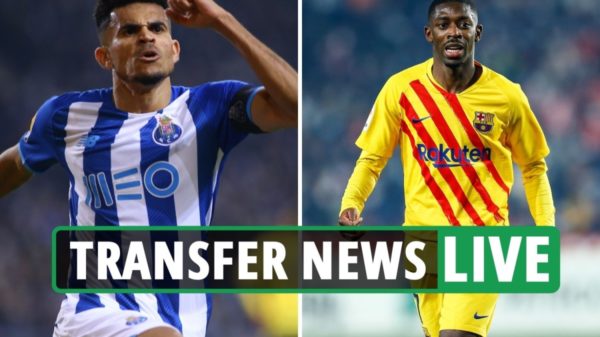 THE January transfer window is in full swing, and deals are being completed all across Europe! Tottenham are reportedly in talks with Porto to...