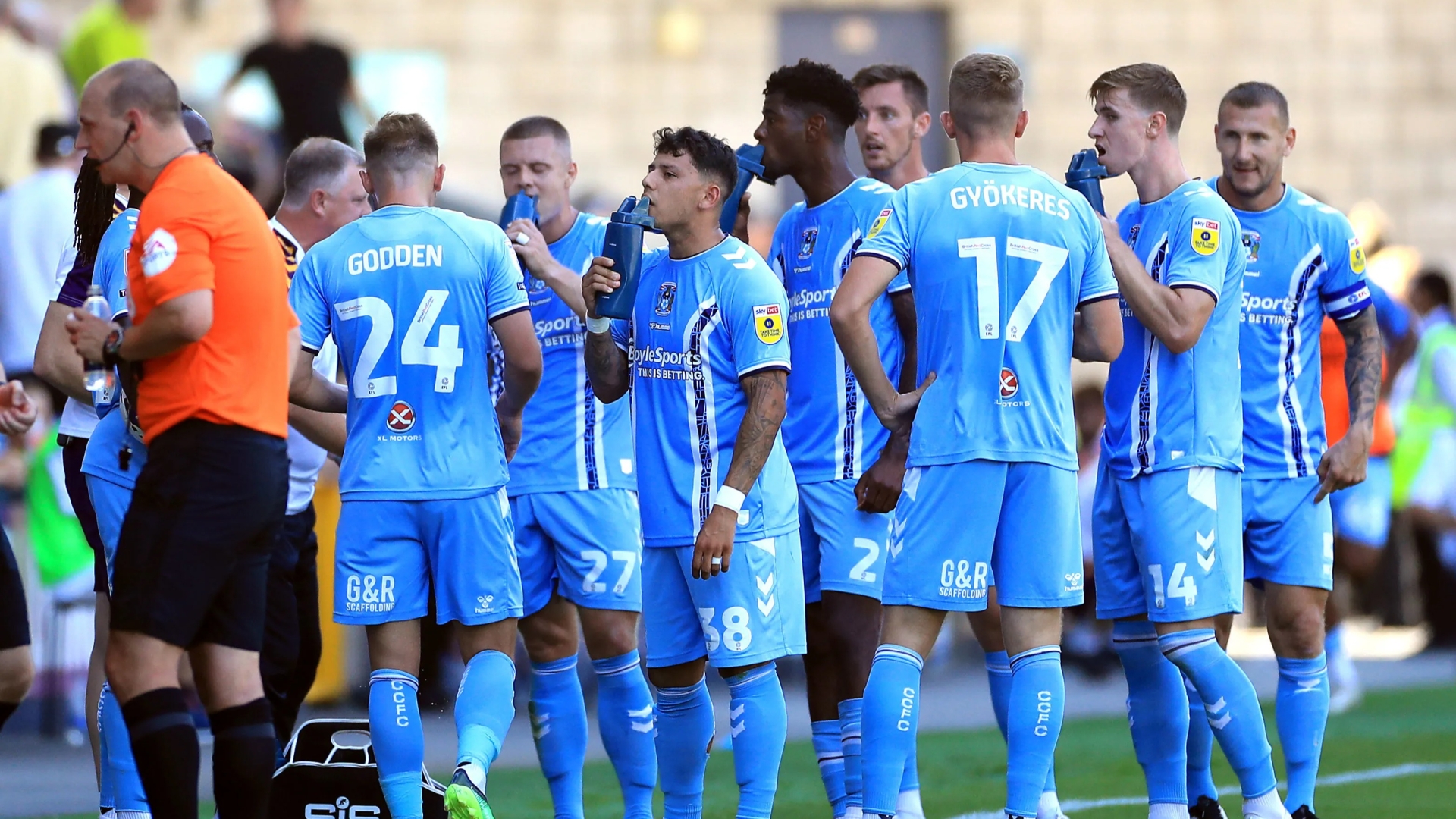 COVENTRY CITY’S home game against Huddersfield Town on Saturday is off – after they lost their latest pitch battle.

It means the EFL has now postponed a HAT-TRICK of Championship fixtures at the CBS Arena due to the perilous state of the pitch, which they share with rugby union side Wasps.

Mark Robins’ Sky Blues suffered a double-whammy when they then failed to have the fixture reversed to the Terriers’ John Smith’s Stadium.

The upheaval means Robins’ Coventry has played just two league games, while their rivals will have played up to five by the end of this weekend’s round of fixtures.

It is the worst possible news for the Sky Blues boss whose side sit bottom of the table with one point from their opening two games and now face a fixture backlog in the closing weeks of an already congested season.

However there was some positive news for the troubled Midlands club when the EFL confirmed City and the CBS Arena have agreed to undertake a re-lay of substantial parts of the pitch to try and avoid further issues.

The EFL will inspect the newly laid pitch before Cov’s next home game on Wednesday 31 August, against Preston North End, to confirm the new surface is safe for players and match officials.

Robins is now looking at alternative ways to replicate game time for his players who will have gone a fortnight without a competitive match by Saturday.

The frustrated Sky Blues boss said: “We can only control what we can. We just want to get that rhythm built.

“Everyone else is playing games and getting that rhythm while we keep missing them, so we’re going to have to get an in-house game on Tuesday.

“We will get a linesman and referee and try to build momentum that way. We have two elevens and young players who need to develop. We have to find a way.

“Ultimately there has to be a new pitch laid and if that can happen, the sooner the better we can get on with things. We will get a week’s work into us and see what happens.”