Ireland reeling from loss to Luxembourg

Republic of Ireland slumped to one of their worst-ever defeats on Saturday, losing 1-0 at home to Luxembourg in a UEFA World Cup qualifier.

Gerson Rodrigues’ superb 85th-minute goal secured the upset victory that left the Irish bottom of the five-team group, behind Azerbaijan.

Ireland are on a dismal run of 10 games without a win under new coach Stephen Kenny, losing six of them. They also lost on penalties to Slovakia in the playoffs for Euro 2020.

Wednesday’s 3-2 defeat in Serbia at least gave a hint that the team’s goal-scoring problems might have been solved. It was only the second time since October 2017 that they had scored twice in a competitive game, and the other was against Gibraltar.

But their goal-scoring issues were front and centre once again against Luxembourg. Ireland have not qualified for the World Cup since 2002, and after losing both their opening qualifiers there seems little chance they will be in Qatar next year.

Luxembourg’s 1-0 victory against the Republic of Ireland is their first away qualifying win since September 2008, and only their fourth on the road in their entire history (Euros and World Cup).

It’s all about the coat. 🧥 pic.twitter.com/VtD2Swixpk

But even the biggest nations have to put up with the odd shock. Below is our verdict on which match takes that title for some of the major footballing nations around the world.

A grisly physical duel that is perhaps best remembered for Benjamin Massing’s infamous hatchet tackle on Claudio Caniggia — a “challenge” emblematic of the rough tactics on display throughout the game. Argentina were reigning World Cup champions following their triumph in 1986. Once again led by the mercurial talents of Diego Maradona, the Albiceleste were heavily backed to win again at Italia ’90. By contrast, Cameroon were 500-1 outsiders, but that didn’t stop the Indomitable Lions from giving absolutely everything they had to topple the big shots, despite being reduced to nine men by the end of play. The tactics worked — just — as Francois Omam-Biyik scored the decisive goal with a header in the 67th minute to snatch the hardest-fought of wins.

Belgium’s “golden generation” of Eden Hazard, Kevin De Bruyne, and Romelu Lukaku seemed destined to reach at least the semifinals of Euro 2016 when they came up against tournament debutants Wales in the last eight. Ranked by FIFA as the world’s No. 2 side going into the tournament and virtually playing at home in the French border town of Lille, the Red Devils even went a goal up inside the first 15 minutes only to be overturned by an exuberant Welsh resurgence, all capped off by a magical individual goal from Hal-Robson Kanu — a striker without a club.

🏆We relived the truly seismic clash from Brazil 2014 between 🇧🇷@cbf_futebol & 🇩🇪@DFB_Team_EN which echo around the world four years ago.

📺Here are the best bits! pic.twitter.com/Zqz2fcGEAH

While getting beaten by neighbours Uruguay on home soil in the final of the 1950 World Cup is a strong contender to be Brazil’s most painful international embarrassment of modern times came, the whole world was not watching it live as they were 64 years later. The year was 2014, the stadium was the Estadio Mineirao in Belo Horizonte, and Germany were the team responsible for dumping the tear-stained Selecao from the semifinals of their own World Cup in the most brutal manner imaginable.

The result of this group-stage match in Brazil is still cited as one of the biggest, if not the biggest, upsets in World Cup finals history. England’s team boasted several huge stars of the day in Tom Finney, Stan Mortensen and Billy Wright while the U.S. XI was a loose collection of unfamiliar semi-pros who had only played with each other once beforehand. The clash was expected to be a formality for England but the only goal of the game came from Joseph Gaetjens, who deflected a shot from Walter Bahr into the back of the net.

France found themselves on the wrong end of one of the most memorable upsets in World Cup history when they were beaten by Senegal in the opening fixture of the 2002 finals. Papa Bouba Diop slid in to score the only goal of the game after El Hadji Diouf broke through Les Bleus‘ defensive line, leaving the startled reigning champions wondering what had just happened.

Germany were reigning world champions when they were knocked out of the 1994 World Cup quarterfinals by Bulgaria — a game that was possibly their lowest moment on football’s biggest stage, until 2018. Low was at the helm as Die Mannschaft — who were once again defending their world title — went crashing out of the 2018 World Cup at the group stage following a devastating and dramatic loss to South Korea, who scored both of their goals after the 90-minute mark. Son Heung-Min rolling the ball into an empty net with Neuer stranded at the other end of the pitch was an unforgettable moment.

One of THE all-time great #WorldCup upsets 🤯

🇰🇵Korea DPR needed a win to continue their journey at England 1966, with an 🇮🇹Italy side feat. the likes of Sandro Mazzola and Giacinto Facchetti before them.

But the name everyone remembers from that day is Pak Doo-ik 🙌 #OnThisDay pic.twitter.com/11LoUTNBqt

The day that Pak Doo-Ik wrote his name into footballing folklore forever more, and at Ayresome Park in Middlesbrough, of all places. While Boro’s old ground is long gone, a bronze cast of Pak’s boot still remains in situ within the housing estate that replaced it in tribute to the forward who pounced to dump a star-studded Italy out of the 1966 World Cup. North Korea went on to face Portugal in the quarterfinals but ultimately came unstuck against the great Eusebio, who scored four goals and provided an assist for the other in a 5-3 win.

Meanwhile, the Azzurri were left to creep back home under the cover of night but still managed to find themselves faced with a volatile “welcome” on their return: irate fans pelting the team with tomatoes as they emerged through Genoa airport. To this very day, it is considered deeply offensive to throw that particular foodstuff at an Italian as a direct result of their failure in England.

– Stream ESPN FC Daily on ESPN+ (U.S. only)
– UEFA Nations League on ESPN+: Stream LIVE games and replays (U.S. only)
– Who is your country’s GOAT? We asked you to vote — here are the results!

Trinidad and Tobago have a pedigree as CONCACAF’s unlikely giant-killers. In 1973, they thrashed Mexico by four unanswered goals in a crucial qualifier thus denying El Tri a place at the 1974 World Cup. The Caribbean nation did not make their first appearance at a finals until 2006. 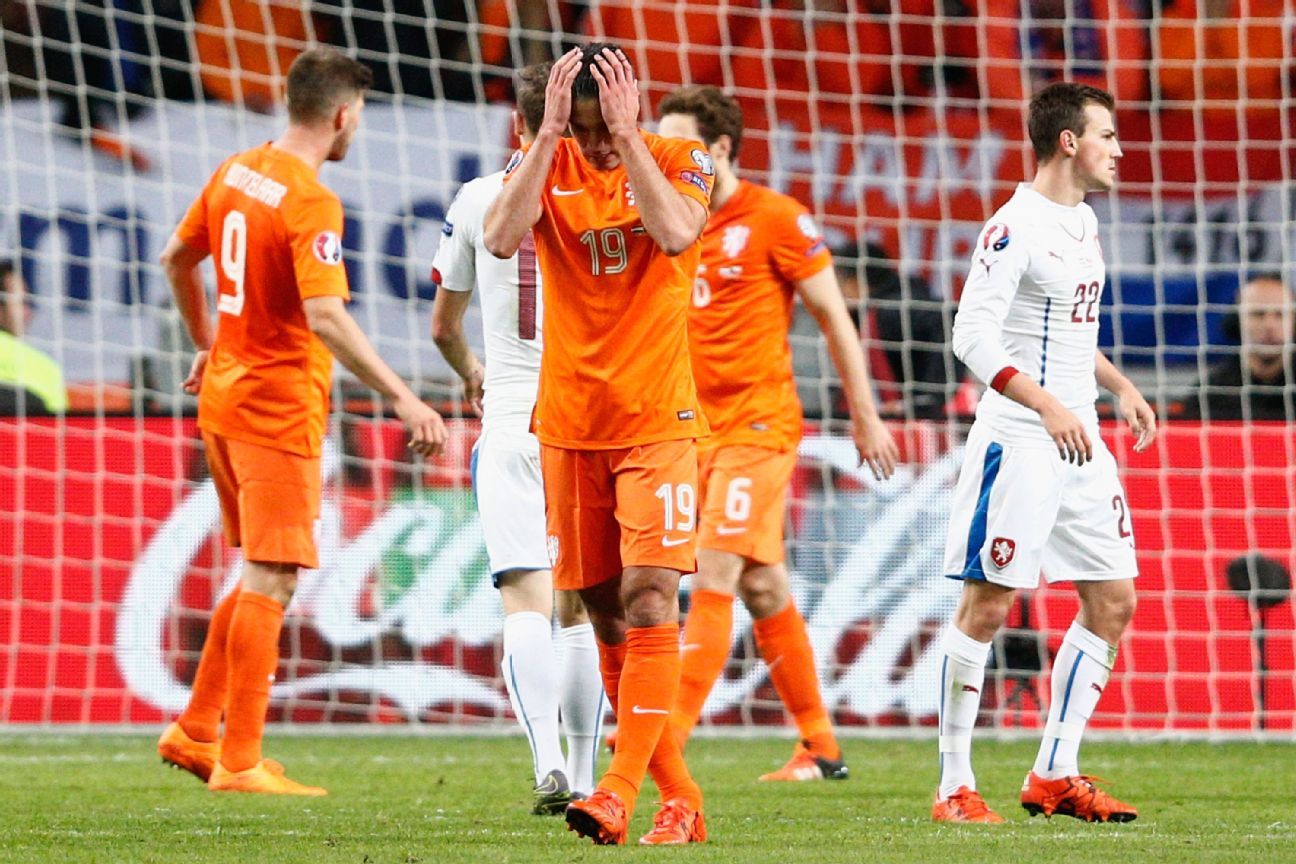 The Dutch failed in their mission to reach Euro 2016 in truly tragicomic fashion when they ended their already dismal qualifying campaign with a fatal slapstick defeat in Amsterdam. Needing to win, they lost 3-2 on home soil, with Robin van Persie scoring a goal for both sides as the Czechs played more than half the game with 10 men on the field.

Angelos Charisteas scored the only goal in the EURO 2004 final as Greece were crowned champions!#OTD | @EthnikiOmada pic.twitter.com/xhN6BWiCi7

It still feels like an anomaly that Greece hustled and bustled their way to European Championship glory in 2004, inflicting not one but two embarrassing defeats on host nation Portugal along the way. The tournament kicked off with the eventual champions shocking the hosts 2-1 (whose talented squad boasted the likes of Luis Figo, Deco, and Rui Costa) before subsequently returning to beat them again in the final, this time by a single goal — leaving a young Cristiano Ronaldo inconsolable in the aftermath.

Having become accustomed to winning every tournament they entered, reigning champions Spain were given a stern reality check in Brazil when Netherlands ran riot in Bahia. The score was level at half-time but a brilliant second-half performance from the Dutch saw them come from a goal down to crush Vicente del Bosque’s men with a flurry of goals, including an inspired long-range diving header from Van Persie.

With Spain seeking to win their fourth consecutive major international trophy, the defeat must surely rank as their most deflating on record (especially being the first time they’d conceded five goals in an international match since 1963). However, Gerry Armstrong would probably argue otherwise, as it was his goal that earned plucky Northern Ireland their famous 1-0 shock win against La Roja at the 1982 World Cup.

United States: 1-2 vs. Trinidad and Tobago

The U.S. faced Trinidad and Tobago (them again) in the final match of their 2018 World Cup qualifying campaign knowing that a mere draw was required to book a berth in Russia the following summer. However, two first-half goals from their Caribbean opponents proved insurmountable and ultimately served to bring the Americans’ run of appearing at seven consecutive World Cups to a sobering end. 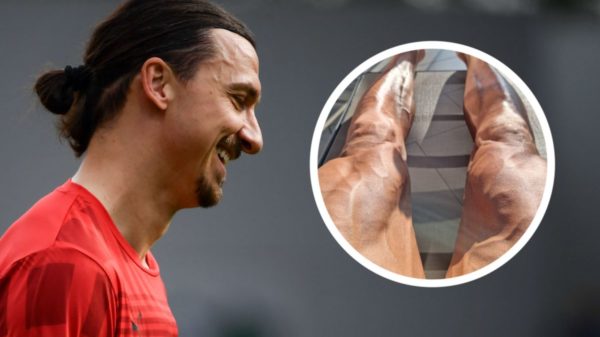 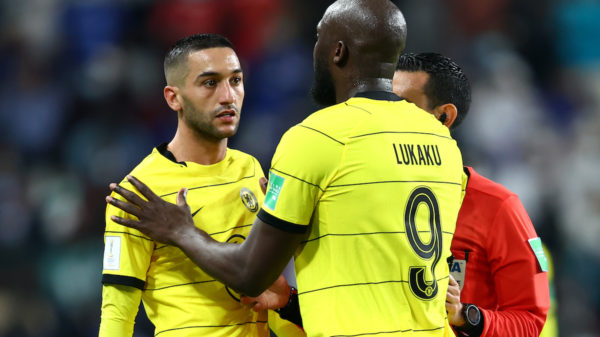 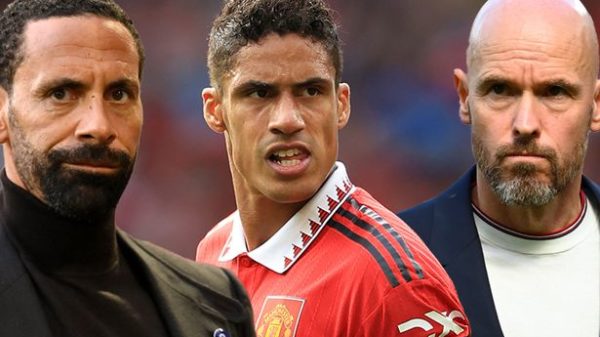