Australia and New Zealand are set to welcome the world at the 2023 FIFA Women’s World Cup™, and, as always, much interest will focus on the hosts.

Both nations have enjoyed settled line-ups in recent years. New Zealand arrived at France 2019 with an incredible 17 players backing up from four years earlier, while Australia were similarly placed with 14 returnees. Respective coaches Tom Sermanni and Tony Gustavsson will be mindful of building depth over the next two years, while in the short term the Women’s Olympic Football Tournament looms for both countries.

Australia’s latest W-League season, which drew to a dramatic close yesterday, underlined several stars on the rise for both nations. With a mass-move of Matildas to Europe over the past 18 months, the competition gave a platform for fresher faces to step up, and it was an opportunity grabbed with both hands.

FIFA.com runs the rule over some of the players whose prospects of featuring on the biggest stage of all in 2023 have been enhanced in recent months.

“I think she’s the best talent in Australian football. She can be anything.” That was the glowing assessment from the W-League’s most successful coach, Jeff Hopkins. Only recently turned 19, Cooney-Cross is already a mainstay for Melbourne Victory and a bona-fide W-League star. Raised in rural Victoria, Cooney-Cross was one of Australia’s stand-by players for France 2019. Having debuted in the national competition aged just 15, Cooney-Cross has significant experience in her keep. An attacking, creative force in midfield, the teenager was inarguably the most significant factor in the Victory’s W-League championship win on Sunday.

Not a new name by any means after featuring at France 2019, but recent months have underlined why Olivia Chance is likely to be a permanent fixture for New Zealand over the coming years. An all-action midfielder, Chance featured prominently for Brisbane Roar linking well with Australia’s Tameka Yallop. Few players in the league created more goalscoring opportunities than Chance, who also displayed her eye for a spectacular goal on more than one occasion.

An under-rated defensive midfielder based away from the spotlight at Newcastle Jets for several years, Clare Wheeler is the classic example of a player making the most of the fresh opportunities offered by the exit of big-name players. Reinvented in an attacking role at Sydney FC, Wheeler has added creativity to her worker-bee reputation and her coach believes international football is not far away. “She is a superstar,” said Sydney FC coach Ante Juric. “She should be a Matilda now. Not (in the) future. If she isn’t in the (next) main camp, I would be shocked.”

“She’s started to really mature as a player, her performances are better, her development is better, and I hope that’s going to continue,” so said New Zealand coach Tom Sermanni when he first called up Claudia Bunge 18 months ago. The Football Ferns mentor would undoubtedly be delighted in the progress of the central defender in her first full season at senior level. After playing a significant role in helping Melbourne Victory to the title, Bunge has suddenly started shaping as a long-term successor to the evergreen defensive stalwart Abby Erceg.

Whyman has been regarded as an outstanding prospect since becoming the second youngest goalkeeper to play in the W-League, aged just 16. By 18, Whyman had been called up for a national team squad, and on Sunday was named player of the match in the grand final. Like Australia No1 Lydia Williams, Whyman is an indigenous Australian, and like her self-described inspiration, the youngster grew up in a regional area before moving to Canberra to work with former Matildas goalkeeping coach Paul Jones. “From the first look, I saw that Jada had unbelievable hands and was a super athlete,” said Jones. “A lot of the things that I saw in Jada, I recognised in Lydia at the same age.”

Though making a brief appearance at France 2019, the jet-heeled Paige Satchell is likely to be a key attacking option for the Football Ferns by the time the 2023 Women’s World Cup kicks-off. A junior national cross-country champion, Satchell is blessed with an extraordinary turn of pace and is surely one of the quickest players in the international game. The lightly-framed winger, who impressed at several youth World Cups for New Zealand, starred for Canberra United in just her second season of senior football following a brief stint for SC Sand in Germany. 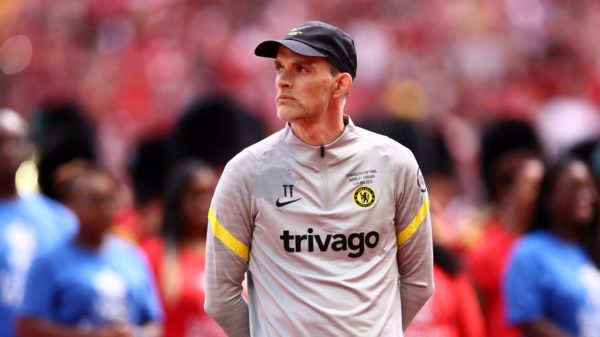