Papin: Mbappe has go to Real Madrid if it's his dream, otherwise he'll regret it for the rest of his life

Real Madrid vs Real Betis: Ancelotti: I have no doubts about Real Madrid's XI for the Champions League final

According to The Athletic, Harry Kane is frustrated by Tottenham’s lack of progress. Spurs didn’t qualify for the 2020/21 Champions League and could also fail to do so for next season’s edition of the tournament, currently sitting 6th in the Premier League. The London club are three points behind fourth placed West Ham and Chelsea in fifth place. 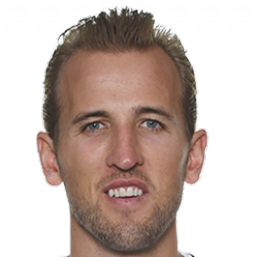 The Champions League is the competition that all great footballers want to play in. If Tottenham are left without a place in the Champions League for the second consecutive season, Kane, who has a contract until June 2024, may push to leave the club. The Athletic ranks Manchester United and Manchester City as the best placed to secure his services, with PSG and Real Madrid also in contention. Kane to Los Blancos was discussed a few weeks ago by Spanish radio station Cadena SER. The Parisiens, for their part, have Mauricio Pochettino, who was the 27-year-old English striker’s coach at Tottenham for over five seasons.

The transfer of Kane could be a new record for Tottenham, whose biggest sale was that of Gareth Bale to Real Madrid for 101 million euros in the summer of 2013. Although Daniel Levy once considered that Kane would not leave Tottenham because of a figure that was not close to the 222 million euros that PSG paid Barça for Neymar – the British media say Kane is worth in the region of 140 million pounds – more than 160 million euros, at the current exchange rate. With transfer fees decreasing across Europe due to the impact of the pandemic on the economy, transfer website Transfermarkt values Kane at 120 million euros.

Kane has scored 29 goals in his 41 games for Tottenham in all competitions this season. He is the Premier League’s top scorer, with 19 goals, one more than Mo Salah for Liverpool. Kane has been top scorer in the Premier League twice, in the 2015-16 and 2016-17 seasons.