Klopp: I don't believe in revenge, all is fine between Liverpool and Real Madrid

Sergio Ramos is back as the captain resumed full training today with the rest of the Real Madrid as Zidane’s men prepare for Saturday’s LaLiga clash at home to Osasuna.The plan is for the player to get some playing time on Saturday ahead of the Champions League semi-final (return leg) next week in London against Chelsea with his return coming at an opportune time given the news that Dani Carvajal will lay no further in the 2020/21 season. 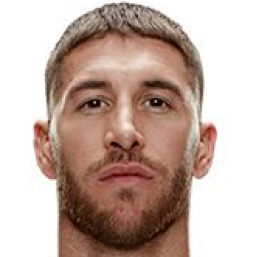 Ramos sustained his muscular injury when on international duty wit the Spanish national side and his return will boost the defensive rearguard despite an admirable job being conducted by Nacho and Militao who have been the central pairing with both Ramos and Varane missing recently.

Mendy is still not fully fit and continues to train alone and is unlikely to be ready for the Chelsea game. Valverde is still suffering with mild coronavirus symptoms and his return will depend on his latest PCR test but it’s anticipated that he will make the trip to London.
Nacho was a new absentee in Thursday’s training session after the defender suffered a knock in Tuesday’s home game against Tuchel’s side. He’s expected to return to work with the squad on Friday with his absence merely a precautionary measure.