Ceballos ready for move from Real Madrid to ignite career

Kylian Mbappe and a penalty clause of 300m euros for rejecting Real Madrid: Will he have to pay it?

Dani Ceballos is very clear about his future: he does not want any more loan deals. The player from Seville turns 25 this summer and wants a team where he can settle, with a project in which he will be an important part of. His dream has always been to succeed at Real Madrid, but he is aware that with Zidane on the bench it is more complicated. If he isn’t wanted at Madrid, he wants a transfer to a club where he feels part of a long-term project.

Spain the priority for Ceballos

The experience in England has made him grow as a player, knowing that he can adapt to such physically demanding football, like in the Premier League. He is happy in London, although his priority is to return to Spain. He believes that the Spanish style best suits his attributes. Ceballos is a family man and wants to be close to his family, after a difficult year due to the pandemic in which he has hardly been able to see them. 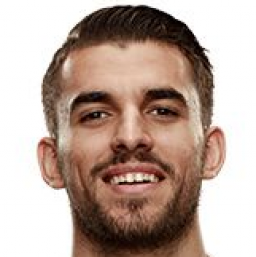 When he returns from his current loan deal, he will still have two more years on his Real Madrid contract. If he leaves Los Blancos, his priority is a Spanish club. There are currently two clubs keeping an eye on the creative midfielder: Atlético and Betis. Diego Simeone likes him and is currently looking for midfielders. In the case of Betis, Ceballos is clear that sooner or later he will return to the club he supports. The problem is to see if Los Verdiblancos have the financial muscle to cope with an operation of that stature, both in terms of the transfer and the salary. What is clear is that he would fit like a glove in Manuel Pellegrini’s style of play.

Last summer, Ceballos won the FA Cup with Arsenal, being one of the most outstanding players of the tournament. After that, he had to return to Madrid and train at Valdebebas. Eventually he was able to return to London for another season, but then experienced several tough weeks. He has since decided that he is at the right age to start a project in which he can be one of the leaders of the team and settle down.

Ceballos knows that this end of season is crucial. Arsenal are fighting for the Europa League and a good tournament with the Gunners can open the door to the national team and a place in Luis Enrique’s Spain squad for European Championship. It is a special summer for him, because in addition to the possibility of going to the Euros – at the end of July he has the Olympic Games to look forward to, a tournamnet in which he will be one of three exceptions – taking one of the places for over-24s in Luis de la Fuente’s squad.