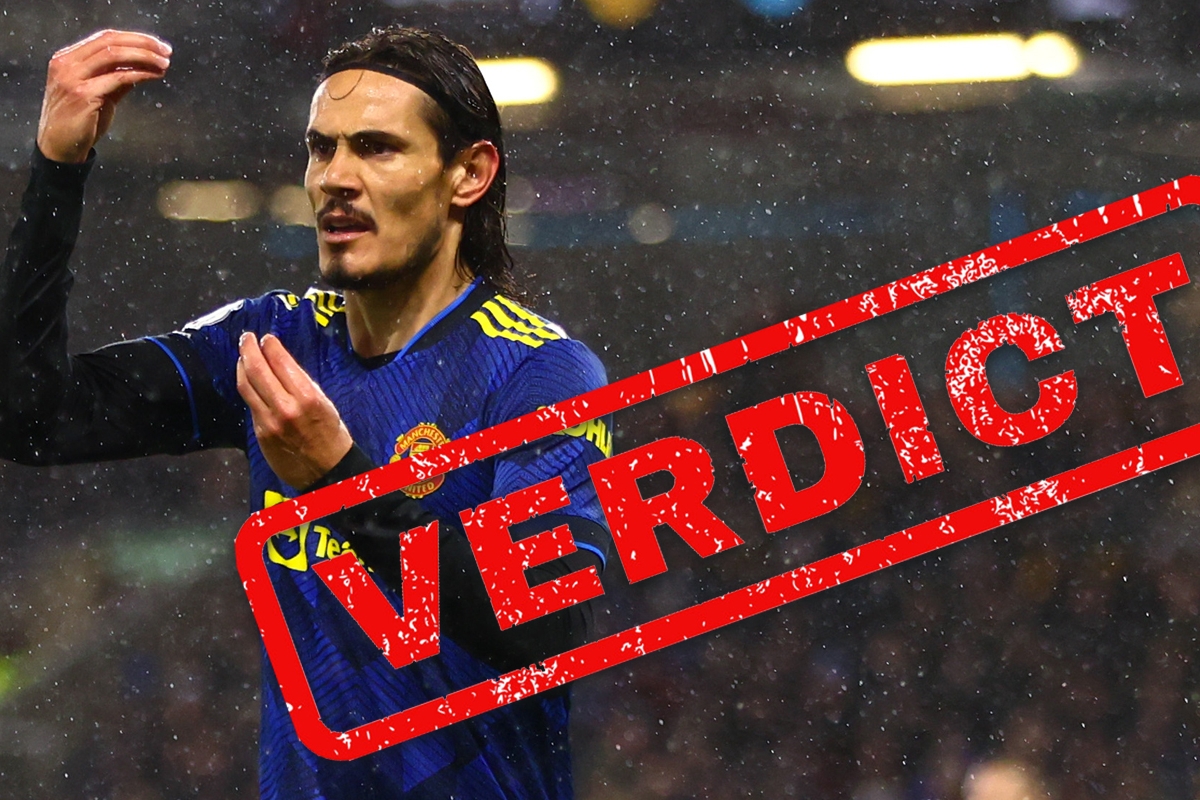 UNITED fans have liked what they have seen of Edinson Cavani over the last 18 months.

The problem is they have not seen him often enough.

The Uruguayan did himself no favours when in the eyes of many supporters when he asked for two extra days off after international duty last week.

After all, two is the same number of goals that the former Napoli man had scored all season.

It meant the 34-year-old missed the FA Cup fourth round defeat to Middlesbrough and – probably – his last chance to win silverware at Old Trafford.

Could Cavani have made a difference had he been involved? We will never know. But he would have proved a useful option as United looked to find a decisive second goal in extra time.

So it was a surprise to see him immediately restored to the starting line-up for the trip to Turf Moor at the expense of Cristiano Ronaldo no less.

Interim boss Ralf Rangnick explained it by saying: “It will require a lot of sprint and chasing a lot of balls. A lot of fighting for second balls and I think this profile fits perfectly for Edinson.

“That’s why I decided to start him tonight. We will also need Cristiano to start in the next couple of games.”

As BT Sport pundit Peter Crouch said before the game, it was a ‘big call’ from the German –before questioning how the former Real Madrid man would take the decision.

If there’s one game you wouldn’t mind missing it is Burnley away on a cold night in February with the rain falling horizontally.

Ronaldo had never played at this famous old venue before.

As much as the 37-year-old always wants to play, this did not look a bad one to grab the big jacket and take your place on the bench.

Cavani made just his 19th Prem start for United and in the first half at least, it looked like Rangick had got it spot on.

Some believe United have looked more fluid when the Portuguese has not played – notably in the back to back games with Aston Villa last month.

And that was certainly the case early on here with the visitors completely in charge.

Cavani’s movement caused the home defence plenty of problems, pulling them around as they were opened up at will.

All that was missing was a goal from the ex-Paris Saint Germain marksman and he came close on a couple of occasions.

When a cross from Luke Shaw was deflected and looped up to the far post, Cavani looked certain to score but Nick Pope got across to keep out his header with his knee.

Then another shot was deflected into his path late in the first half, he lined up a goalbound volley which James Tarkowski got across to block at the near post.

He was also lurking and ready to pounce when Ben Mee deflected a shot past his own keeper – only for the assistant referee to spot a foul.

Yet it was a very different game after the break as Burnley came storming back – grabbing the equaliser through Jay Rodriguez.

United posed much less threat going forward – and midway through the second half Rangnick decided he had seen enough, sending on Ronaldo for the last 22 minutes.

Having taken extra time off last week then getting such a vote of confidence from the boss, Cavani really needed to say thank you by making more of a mark on this game.

The veteran forward is almost certain to leave in the summer – his time in England is in danger of fizzling out.