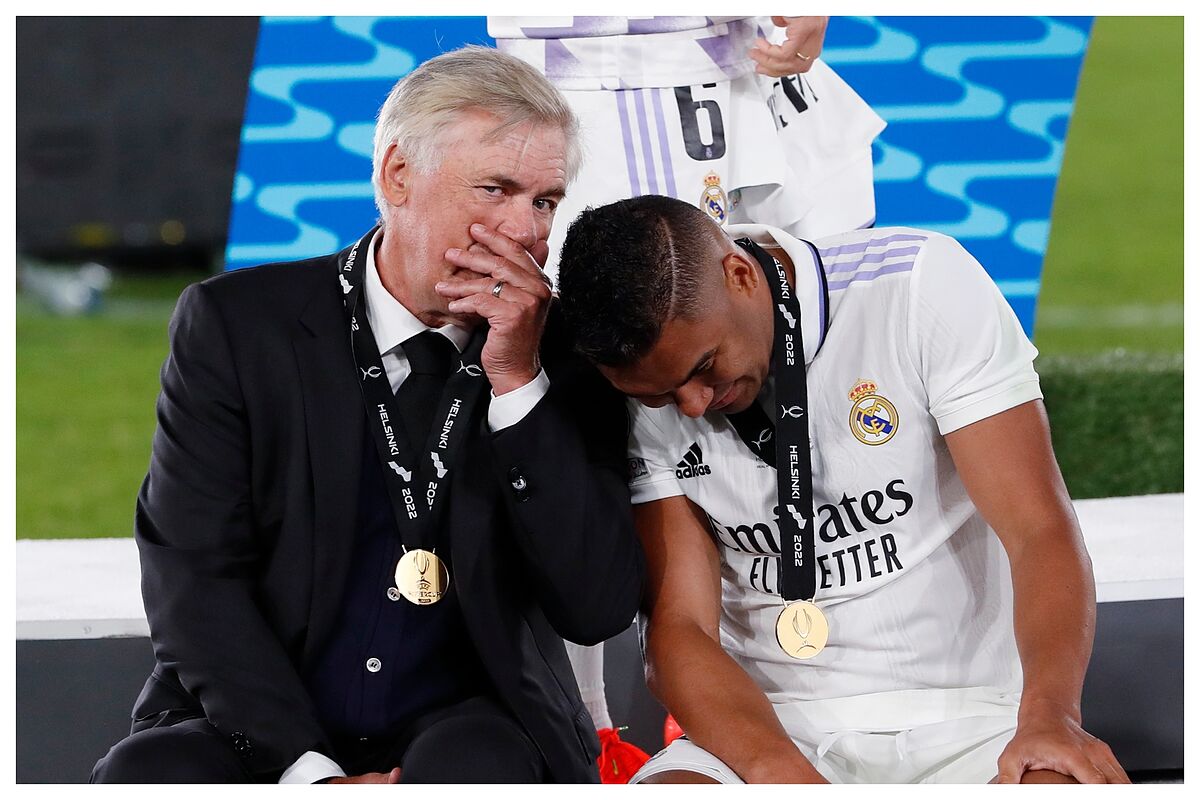 After Manchester United’s interest in Casemiro was reported on Tuesday, it is clear that he will only leave Real Madrid if the club and player are convinced that it is the best decision for both parties.

There is a lot of money involved and now it is time to think thoroughly before making a decision, something Casemiro is doing as he is considering the idea.

Real Madrid’s view on the Casemiro to Manchester United possibility

In terms of his quality, little can be said against the Brazilian midfielder. He is a loyal, faithful and talented player in terms of performance.

Nobody doubts what Casemiro has achieved. Carlo Ancelotti loves him, the club love him, the dressing room appreciates him, but the transfer window is just another part of football and the offer has arrived at an ideal time to at least be studied.

There are a few doubts on whether he can still perform at the highest level and if the offer is the right one for both Casemiro and Real Madrid.

Los Blancos have signed Aurelien Tchouameni, although it’s not clear if he is already ready to replace the Brazil international.

Casemiro has not ruled out a possible departure. He is studying everything that is taking place at Manchester United and analysing in detail whether the English club will be able to recover their splendour soon.

He’ll have to consider the absence of Champions League football this season and what it would mean to be out of a competition that is part of his daily life.

He knows, however, that he has the backing of the Real Madrid fans, the coach, the club and his teammates during this process.

Casemiro has received calls from many teams in recent months, but all from less interesting destinations than Manchester United. On this occasion, it’ll come with a significant financial proposal, one which would be difficult to turn down.

Casemiro is not a typical player who is only dedicated to football and who forgets about everything else, as he has other business initiatives.

It is true that his life is based in Madrid, but his sights go beyond that and he does turn down new adventures. Of course, he feels loved at Real Madrid and that also counts.