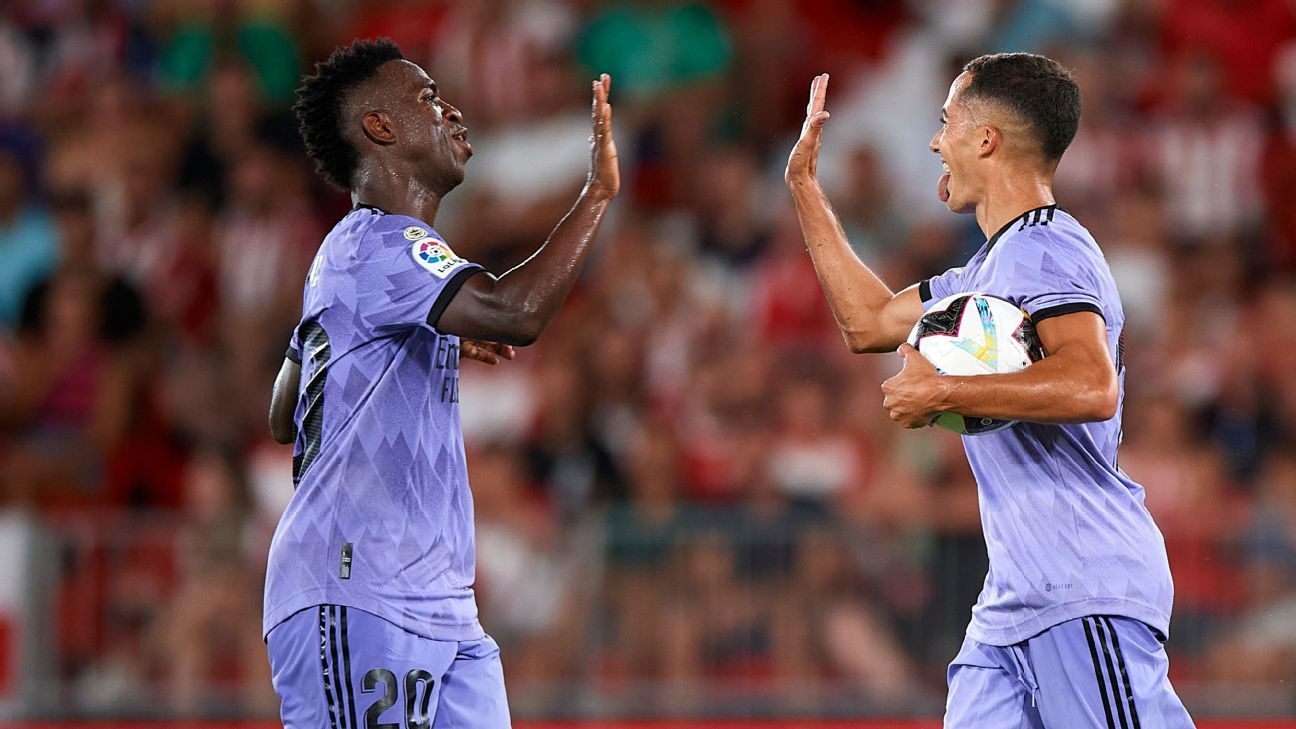 Champions Real Madrid overcame a slow start in their first match of the LaLiga season with a 2-1 comeback win over Almeria at the Power Horse Stadium on Sunday night.

The newly-promoted hosts took a shock lead early in the first half with a classy goal through Ramazani, who picked up a perfect ball over the top of the Madrid defense, took one touch and fired a low line drive past Thibaut Courtois to make it 1-0.

Carlo Ancelotti’s side applied plenty of pressure throughout the first half and even had a Vazquez goal ruled out for offside as Almeria clung to their narrow lead until half-time.

Madrid ratcheted through the gears and found their equaliser just after the hour mark when Vazquez pounced on a loose ball and scored from close range following Vinicius Junior’s hard-charging run into the area.

Alaba made the ultimate impact as a substitute, scoring the go-ahead goal with his first touch after coming on for Ferland Mendy. The Austria international bent the ball up and over the Almeria wall from a free kick into the top corner after Luka Modric was brought down just outside the penalty area.