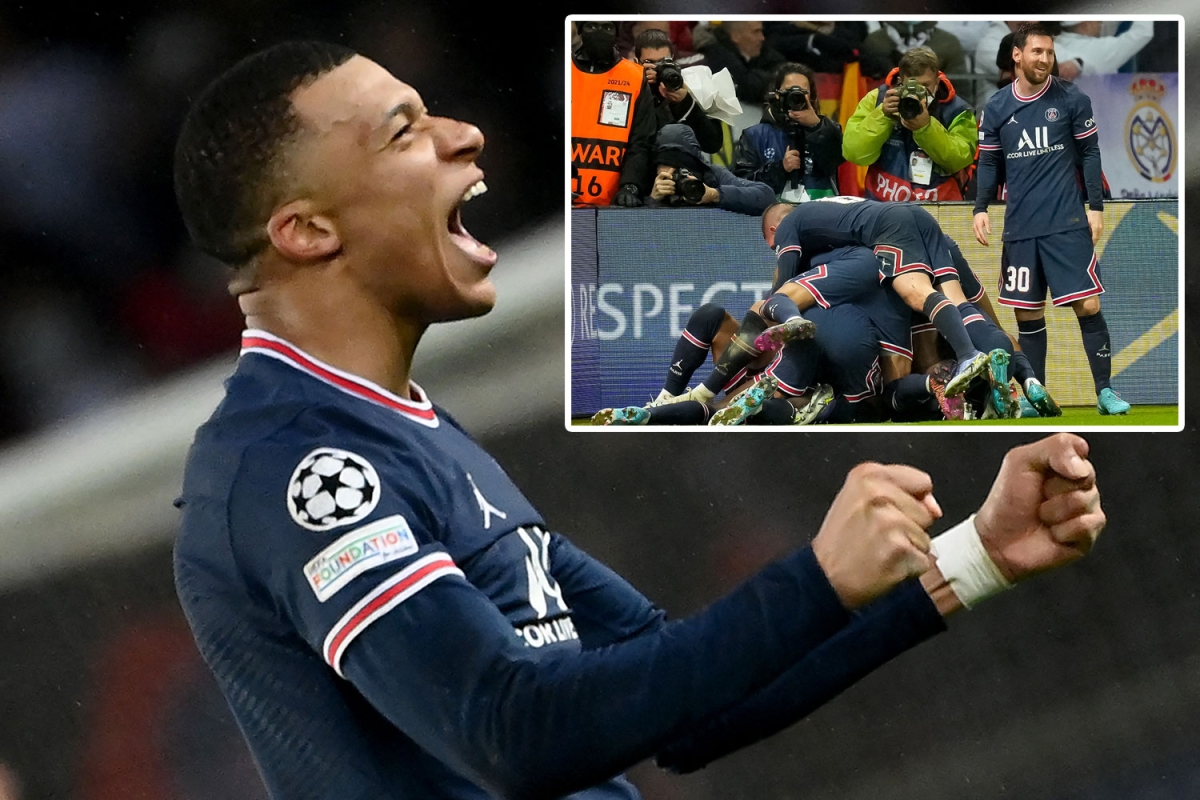 And the Paris Saint-Germain star then admitted he could SNUB a free transfer to the Bernabeu this summer.

Just when it looked like we were set for a 0-0 draw, up pops Kylian Mbappe with a bit of absolute magic 😍

Mbappe, 23, has been strongly linked with a switch to Real when his PSG contract expires at the end of the season.

But the Frenchman showed no signs of his head being turned with a fine performance against Carlo Ancelotti’s side in Tuesday’s Champions League clash.

After seeing Lionel Messi miss a penalty, Mbappe had the ultimate say on the last 16, first leg tie as he netted a 93rd minute winner for PSG.

And the World Cup winner did not hold back with his celebrations as he rejoiced in front of the adoring Parc des Princes crowd.

Mbappe also tweeted after the final whistle: “First round victorious. THIS IS PARIS.”

And he then sensationally told Movistar: “I’ve not decided my future. I play for PSG, one of the best clubs in the world.

“This game to influence my future? No – I’ve not decided, I give my best and then we will see what happens next season.”

Mbappe’s comments come after PSG president Nasser Al Khelaifi admitted he has almost NO relationship with Real Madrid due to their pursuit of Mbappe.

The PSG chief said: “I don’t hide it, we hardly have any relationship with Madrid.

“I’m not going to remember what happened again. I believe in affordable football for small clubs, they don’t think the same. It’s like that.

“Mbappe is a great champion with a steel mentality. He is an exemplary professional and I can assure you that he only thinks about winning these types of matches.

“He is proud to play for PSG, for this city, and he always will be.”