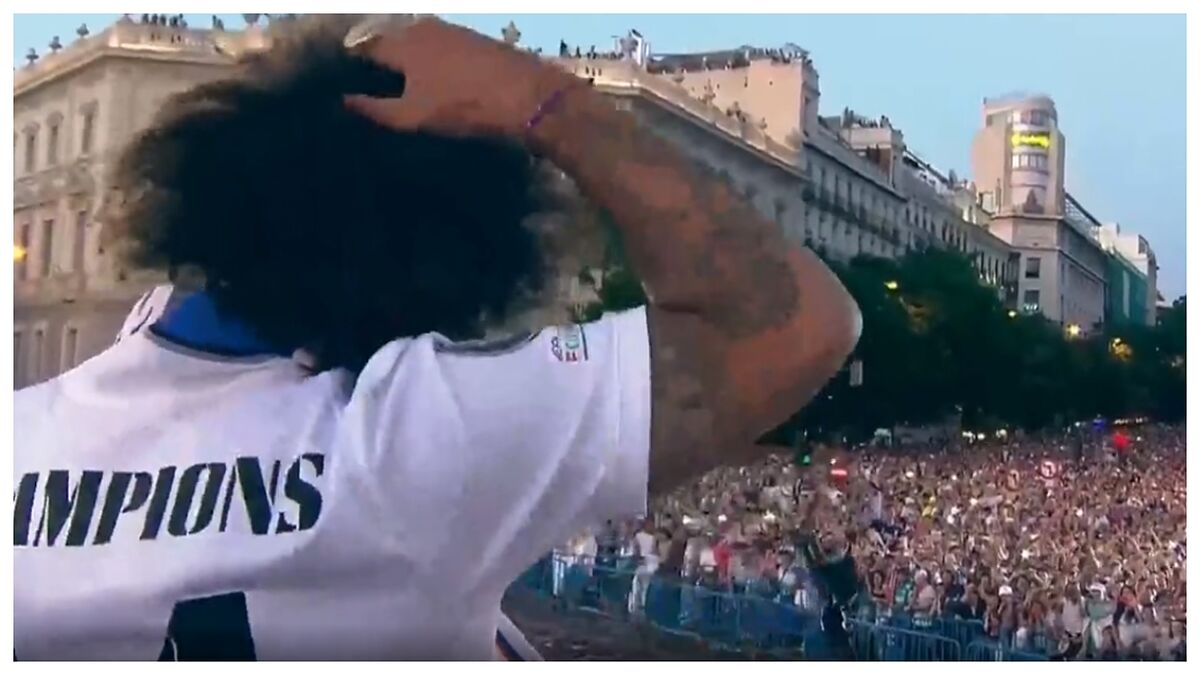 Marcelo has already announced that he has played his last game for Real Madrid, but as he spoke to the club’s supporters during their Champions League trophy parade on Sunday, a non-Real Madrid player was on the tip of everyone’s tongues.

Kylian Mbappe recently turned down a free-agent move to Real Madrid in order to pen a new three-year contract extension at Paris Saint-Germain, much to the frustration of Los Blancos‘ fanbase.

“Mbappe, son of a b*tch,” sang the Real Madrid supporters during Marcelo‘s speech.

“How can I not love you,” the Brazilian replied.

“Real Madrid will always try to have the best players, but Mbappe is already long forgotten, it’s not a big deal,” said Florentino Perez.

“Real Madrid have had a perfect season and it’s a thing that’s already forgotten.

“Today there is no Mbappe, there is the Real Madrid party.”