Arsenal transfers: Raphinha pursuit to be 'intensified' as William Saliba open to exit 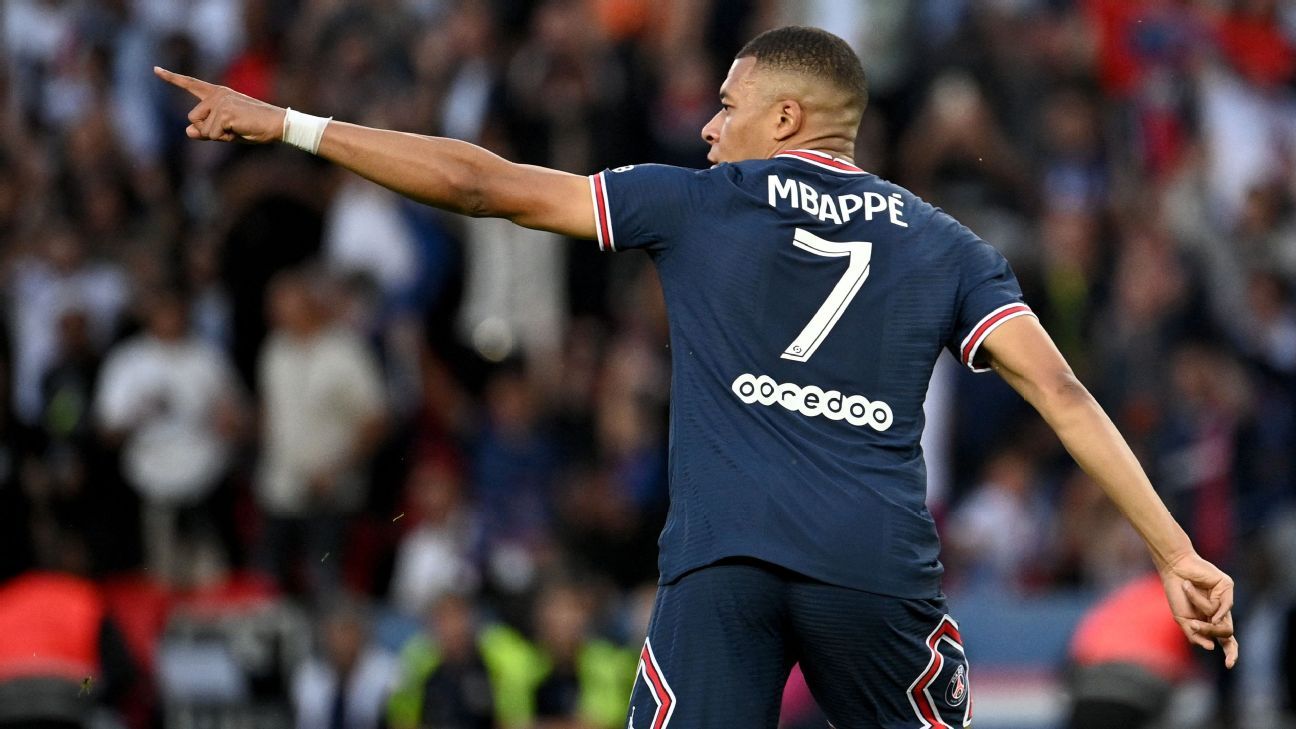 Kylian Mbappe celebrated his new contract with Paris Saint-Germain in style, scoring a hat trick as the French champions rounded out their Ligue 1 campaign with a 5-0 victory over Metz on Saturday.

PSG had confirmed Mbappe’s shock U-turn in snubbing a transfer to Real Madrid to sign a new three-year deal in Paris just minutes before kickoff at the Parc des Princes.

Within the first 30 minutes, Mbappe reaffirmed just what a coup the decision was. The 23-year-old scored twice, in the 24th and 28th minutes, the second courtesy of a sublime through ball from Lionel Messi.

By half-time, the score was 3-0 and there was further cause for celebration. Neymar scored his 100th goal for PSG after being set up for a simple finish by Angel di Maria, playing his final game for the club before leaving on a free transfer this summer.

But it was Mbappe who was the star of the day. And within five minutes of the second half, the man of the hour seized upon a defensive error before rounding the keeper and completing his hat trick. The goal took his league season tally to 28 and ensured that he clinched the Ligue 1 Golden Boot ahead of Monaco’s Wissam Ben Yedder.

All that was left to complete the happy day was for Di Maria to say an emotional farewell by scoring PSG’s fifth goal to bring the Argentine to tears before receiving a standing ovation and guard of honor as he was substituted for the final time.