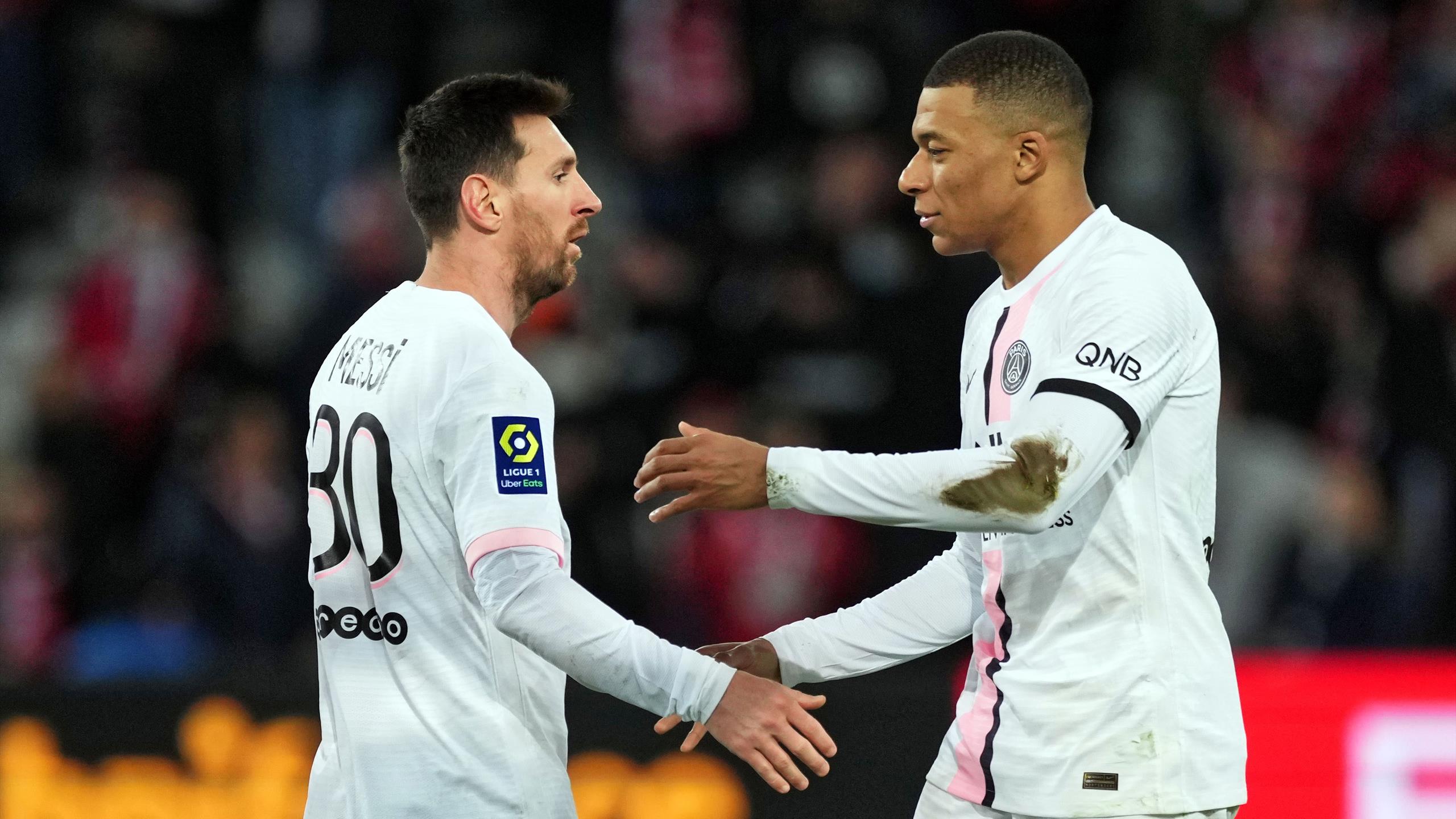 In what was an underwhelming precursor to their Champions League clash with Real Madrid on Tuesday, PSG were lacklustre for much of the game and though Mbappe twice came close to scoring before the late winner it is hard to argue Rennes were not value for the point.

Five minutes before the break, Mbappe turned in from the left flank and saw his shot deflected off Warmed Omari and came back off the post and then 20 minutes into the second half he did have the ball in the back of the net, after latching onto Lionel Messi’s pass and rounding goalkeeper Dogan Alemdar, but the goal was ruled out for a marginal offside.

As they have done on numerous occasions in domestic competition, the hosts found a way to win late and it was through a familiar source as Messi found Mbappe just inside the left edge of the penalty box and his shot crept inside the far post.

The win increases PSG’s lead at the top of the table to 16 points, with the rest of the league in action later in the weekend.

PSG have to be so much better – If Mauricio Pochettino’s side play like this against Real Madrid they will be beaten by three goals. There was no synchronicity between between midfield and attack nor, for much of the game, between Lionel Messi and Kylian Mbappe – who both played like they were saving something for Tuesday night.

The most worrying thing is how open they looked when they give the ball away with Rennes able to attack in great numbers and their defence exposed. The fifth side in Ligue 1 were not capable of taking advantage of that but Vinicius Jr and Karim Benzema will. None of the top teams feel the step up in class from domestic competition to the Champions League quite like PSG.

Maybe they can flick the switch and take the game to Real Madrid in the last-16 clash, but the chances are they will not.

Warmed Omari (Rennes) – He did not face them at their best but it is to Omari and his fellow defenders, especially Birger Melling, that they were not really troubled by PSG’s famous forwards for nearly 93 minutes. Omari was consistently in good position to quell attacks and produced a perfectly timed challenge to deny Mbappe a goal-scoring opportunity in the first half.

40′ Off the post! Mbappe was played through by Verratti and his effort was deflected off Omari onto the post. Simons then saw his rebound blocked by Meling.

65′ GOAL FOR PSG – RULED OUT! Mbappe latched onto Simons’ pass and rounded the goalkeeper before scoring. It was touch and go. They check, but stay with the original call.

90+3′ GOAL FOR PSG! We should not be surprised. It happens so often. Messi drew defenders and then and then played in Mbappe who was given too much room inside the left edge of the penalty area and he shot across the keeper who got a hand to the shot but could not keep it out.

Neymar returns to training ahead of PSG-Real Madrid