Messi returns ahead of facing Real Madrid: He's the best player on the planet 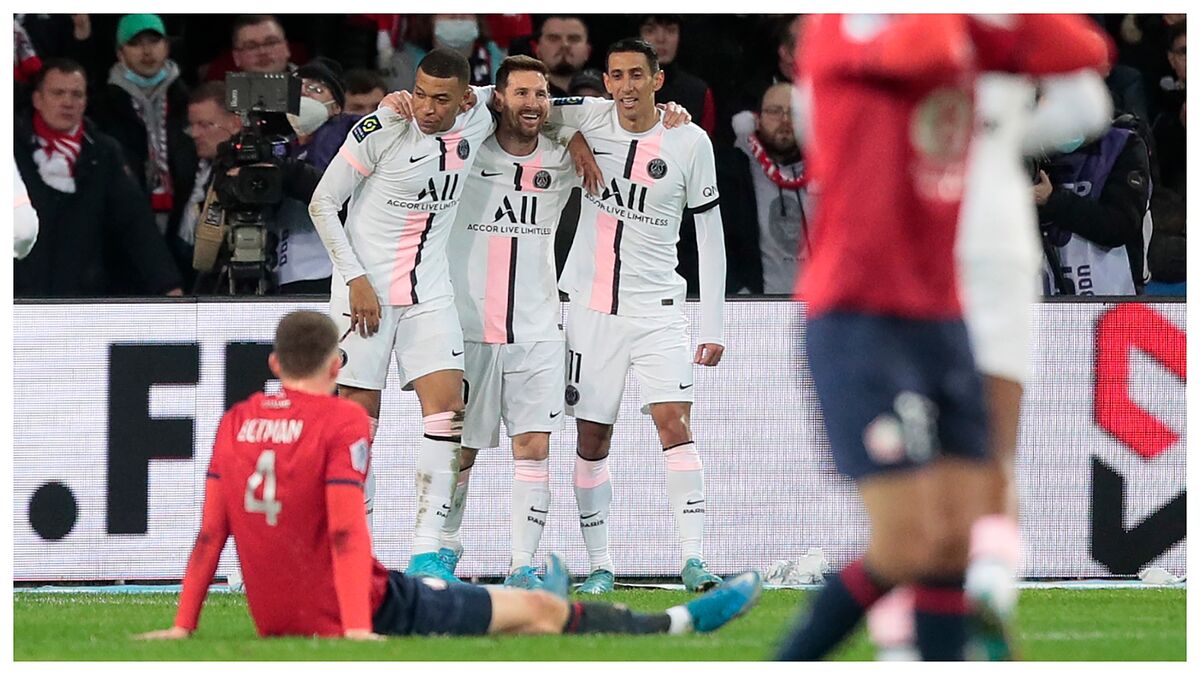 Is Lionel Messi back? He probably never left, but that’s the question being asked in France after his stellar showing as Paris Saint-Germain beat Ligue 1 champions 5-1 away from home over the weekend.

Messi scored and assisted on the night, and sent a freekick from range crashing against the crossbar, coming inches from a sublime goal.

L’Equipe praised Messi‘s form going into the important period of the season, referring to the upcoming Champions League tie against Real Madrid.

The French publication continued to highlight the problems that Messi had endured in his early days at Paris Saint-Germain, before heading praise onto his showing in Lille on Sunday, using that as proof of his acclimatisation to French football, giving him a 7/10 rating and naming him the best player on the pitch, alongside Danilo and Marco Verratti.

Other media outlets joined in with L’Equipe’s praise, and Foot Mercato commented that Messi is waking up at the best time, with also proclaiming him the best on the planet.

Coach Mauricio Pochettino was another to speak highly of the player, again reminding everybody that he is the best player in the world at the moment.

“I had no doubts,” Pochettino said. “Leo is the best in the world but, like anybody, he needs time.

“He hasn’t played for more than a month because of COVID-19, and it’s important that he shows the same participation and commitment that he showed against Lille.”

Messi was everywhere on Sunday, and the statistics back up what everybody who watched saw.

He had more shots than anyone (five), and the most on target (three), he created the most chances (six), attempted the most dribbles (eight), had the most crosses (two), and only Verratti’s 95 times on the ball bettered Messi‘s 90.

The tactical shift that unleashed Messi

Messi tends to play on the right, and that is where he has been at his most comfortable throughout his career, as well as being where he started against Lille. But his transition into the centre of PSG‘s 4-3-3 notably improved his output and saw him combine well with Kylian Mbappe.

“Leo needs to touch the ball, to feel the game and get involved,” Mbappe commented after.

“I think playing as the focus is good for him, because he can move and receive the ball. We work well like this, but we’ll have to readjust when Neymar returns, as he’s another important player who changes how we play.”