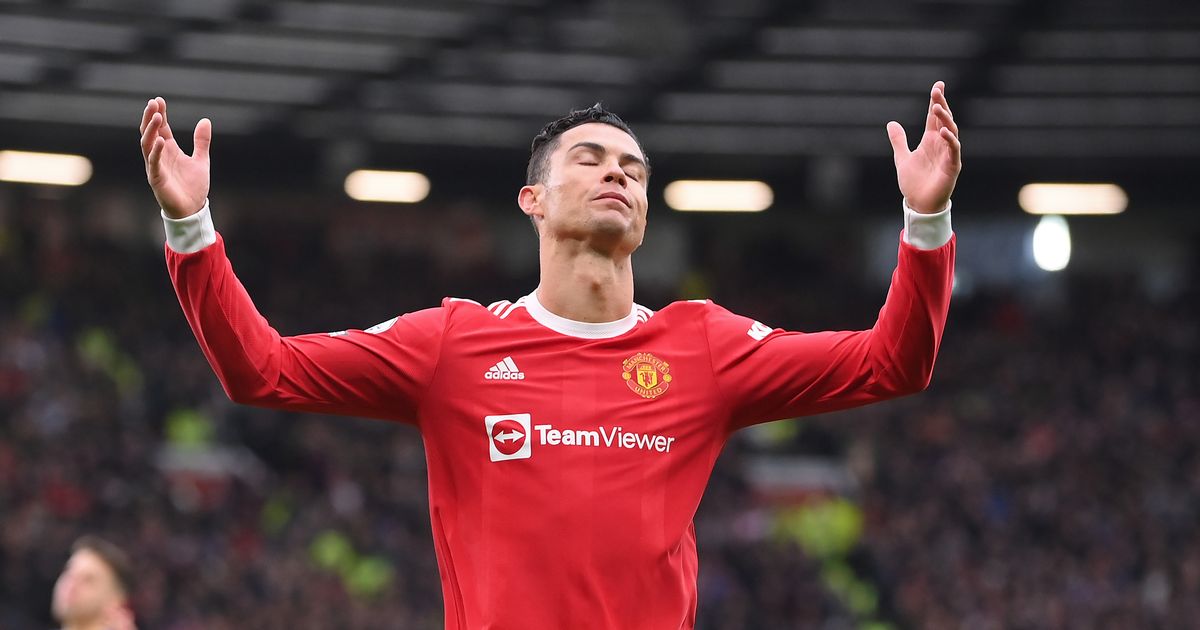 Cristiano Ronaldo has been branded a ‘problem’ for Manchester United, while Gary Neville has criticised the team’s approach in the 1-1 draw with Southampton

Manchester United cannot get their season off the ground.

Yet again on Saturday, a first half of promise that ultimately yielded a lead was undone by lapses in concentration in the second period, as the Red Devils eventually stuttered to a 1-1 draw against Southampton.

Manager Ralf Rangnick will be concerned by the nature of the displays, especially the lack of penetration in the final third late on in games.

Cristiano Ronaldo, usually such a reliable goalscorer, is enduring one of the leanest spells of his career too.

The team will need to regroup quickly, as an impressive Brighton & Hove Albion side are the visitors to Old Trafford on Tuesday.

Why is Ronaldo struggling so much in front of goal? Let us know in the comments section below!

Neville was critical of United’s approach
(

Ronaldo ‘part of the problem’

Broadcaster Richard Keys has launched a scathing attack on Ronaldo, suggesting he is an issue for United.

The forward has failed to find the net in his last six outings and missed a couple of big opportunities against Southampton, including one early chance that was cleared off the line.

After the game, Keys said he believed Ronaldo’s demeanour and performances were adding to the malaise that has engulfed the Manchester club.

“I’ve been of the opinion all season long that I think he’s as much a part of the problem – not the whole problem – as anything and anybody else,” he said.

“The other night, when he went running down the tunnel at Turf Moor, having recently lectured everyone about being the leader he believes himself to be and that youngsters don’t do the sorts of things he does…how does that encourage team spirit in the dressing room?”

A fine goal from Jadon Sancho was cancelled out by Che Adams’ equaliser and despite the backing of the home crowd, United were unable to muster much of a siege in the final stages.

Neville was part of a United side that was renowned for scoring last-gasp goals under the guidance of manager Sir Alex Ferguson and he said on Twitter that United’s attempts to go ahead for a second time were an example of how not to chase a game.

“Breaking every rule in the book here United on how to chase a goal!” he said. “Don’t give fouls away, don’t give the ball away, don’t force it, don’t lose your discipline and chase the ref etc etc!”

New Manchester United chief executive Richard Arnold is said to be ready to go against the players and push to appoint Ajax manager Erik ten Hag in the summer.

Rangnick is only in charge on an interim basis and the team’s inconsistent form makes it unlikely that he will be handed the role full time.

Mauricio Pochettino has been tipped to take over at the end of the season, with the current Paris Saint-Germain manager and former Tottenham Hotspur boss said to be a preferred choice of the playing staff.

But Arnold is reportedly most interested in Ten Hag, who has developed a reputation for exciting football and strong player development with the Amsterdam giants.