BERN, Switzerland — It should have been a night for this new-look Manchester United team to display their Champions League credentials, but in the end it was another evening to suggest there is more to be done than simply signing Cristiano Ronaldo.

Despite another goal from the Portuguese superstar, Ole Gunnar Solskjaer’s team lost 2-1 to Young Boys in Bern on Tuesday, a result which owed much playing for 55 minutes with 10 men after Aaron Wan-Bissaka’s needless red card and a horrible mistake from Jesse Lingard in stoppage time which gifted the Swiss side a late winner.

There will be questions, too, about Solskjaer’s tactics following the sending off, as his decision to switch to a five-man defence at half-time seemed to invite pressure rather than combat it.

Young Boys had 19 shots to United’s two — the last of which came in the 25th minute — and the only surprise was that the second goal took so long to arrive. Substitute Jordan Pefok, a United States international, finally got it with the last kick of the match.

The good news for Solskjaer is that there are another five games to back up his claim prematch that his team are ready to win the Champions League, but the Norwegian has now lost seven of his 11 games in the competition as United manager. This was meant to be an easy group, but not now.

“In football in general, not just the Champions League, discipline is a huge part of the game,” Solskjaer said afterwards. “A lack of concentration, make a mistake and you get punished, you get done. Aaron is normally a very, very astute tackler, one of the best in the world, but it gave us a more difficult task.

“Jesse wants to play it safe and misplaces the pass, concedes the goal, that happens in football. ‘Harry Hindsight’ is a very good player. If Jesse gets that chance again he turns, swivels and boots the ball the other way.

“You need 10 or 12 points [to qualify], win your home games, one away from home. We’ve lost the opportunity to get three points but we’ve got two home games next and we’ve got to focus on those two.”

Solskjaer highlighted the new strength of his squad ahead of the trip to Switzerland and took advantage of his options by bringing Victor Lindelof, Fred and Donny van de Beek into his starting lineup.

There might have been more changes for what should, on paper, have been United’s easiest Champions League away day but Solskjaer will not have forgotten about the six changes he made for the trip to Istanbul Basaksehir last season. The 2-1 defeat in Turkey contributed to an early exit at the group stage, and Solskjaer can only hope the same result here does not turn out to be a bad omen.

There was no chance Ronaldo would be left out. After scoring twice on his comeback against Newcastle on Saturday, it took him just 13 minutes to find the net here, drifting to the back post to stab the ball underneath scrambling Young Boys goalkeeper David von Ballmoos.

It was made by a delicious pass from the left with the outside of Bruno Fernandes’ right boot. It’s a shame Solskjaer doesn’t count assists because that was a good one.

It was Ronaldo’s 135th Champions League goal on a record-equalling 177th appearance in the competition. It wasn’t his prettiest but it won’t matter to Solskjaer, who has been desperate for a striker who knows how to be in the right place at the right time, and Ronaldo has turned it into an art form. At least it was a more accurate effort at goal than the one which pole-axed a steward during the warm-up, with Ronaldo having to jog over and make sure he had caused no injury.

It should have signalled the start of a comfortable evening for United but any hope of that disappeared with one heavy touch from Wan-Bissaka. With the ball running away from him on the hard, artificial surface at Stadion Wankdorf, the right-back went over the top and onto Ulisses Garcia’s ankle. Harry Maguire, Paul Pogba and Fred raced over to plead with French referee Francois Letexier but Wan-Bissaka can have no complaints. It looked reckless in real time and got worse with every replay.

Solskjaer reshuffled immediately, bringing on Diogo Dalot for Jadon Sancho and United survived the last 10 minutes of the first half despite a good chance falling to Christian Fassnacht. The frantic end to the half was enough to persuade Solskjaer to change his system at half-time, bringing on Raphael Varane for Van de Beek and switching to a three-man defence. It was unfortunate for Van de Beek, who had not done much wrong after being given a rare start.

But if the idea was to hold on to what they had, it didn’t work. Von Ballmoos was a spectator for the whole second half and Ronaldo, isolated up front with no runners around him, was eventually substituted.

Moumi Ngamaleu equalised via a deflection off Luke Shaw after the hour but United looked like they might hold on for a point until Pefok incepted Lingard’s poor back pass to score the winner in the 95th minute.

Maguire insisted afterwards the tactical switch had been the right decision, and Solskjaer also defended the change.

“The signs were there the last five minutes of the first half,” Solskjaer said. “In the second half they were going to get crosses in the box and Rapha, Victor and Harry coped with it well. It was the best way of controlling them but we should have done more with the ball.”

United have had plenty or poor nights in Switzerland after defeats to Basel in 2011 and 2017 and this was another. After the delirium of Ronaldo’s homecoming at the weekend, it was a brutal reality check that there is work still to do. 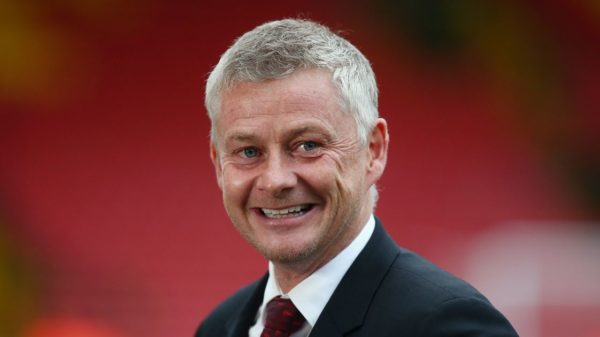