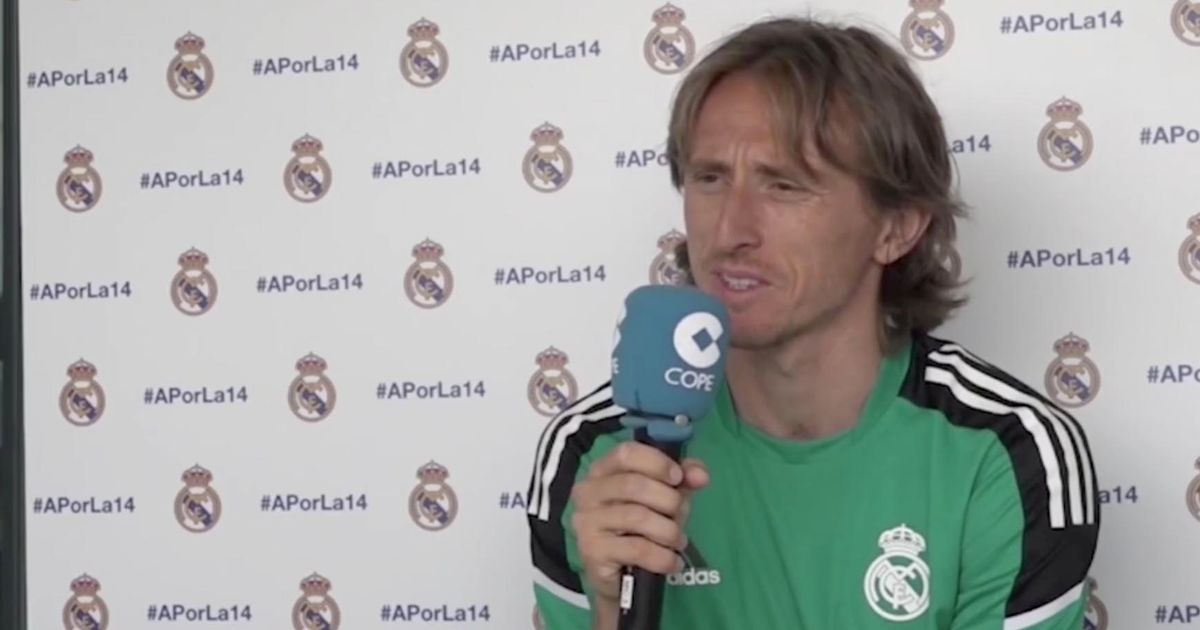 Luka Modric has criticised Kylian Mbappe as an example not to follow after the Frenchman turned down a move to Real Madrid to stay at Paris Saint-Germain.

Mbappe has opted to sign a three-year contract extension with the Ligue 1 champions, keeping him in the French capital until 2025. It means he will not be joining Real Madrid on a free transfer this summer, as many had expected – with suggestions that he had given his word to the Spanish giants that he would be joining them this year.

It comes less than a year after the French club rejected a world record transfer offer from Los Blancos for the striker, whose contract at the Parc des Princes expires on 30 June. Last week the striker said that the decision on his future will be announced “in a matter of days” and it subsequently brought an end to a long-running saga.

Mbappe was said to have a verbal agreement in place to join Madrid earlier this season and the striker had recently hinted at a move to the Spanish capital while a recent interview suggested that he had been open to leaving France. However, that move did not materialise and Mbappe’s tactics have now been criticised by Modric.

The Croatian’s contract in the Spanish capital expires at the end of next month but he has insisted on calm and while he spoke about the Mbappe situation in a light-hearted manner, he claimed that he would never take that approach with regard to negotiations with the club. Modric explained on Radio Marca: “The club and I are talking, but we have a good relationship.

“I won’t do what Mbappe did, that’s for sure. But maybe the club will give that to me! No, I’m kidding. We have a lot of trust between us, we get along very well and what has to happen is going to happen. But now it’s the (Champions League) final and that’s the most important thing. I don’t want to think about anything else.”

Have Your Say! Did Mbappe make a mistake by rejecting Real Madrid and staying at PSG? Tell us what you think here.

The veteran Croat was also asked specifically on the Mbappe situation, but he insisted that the Madrid players were not expecting anything: “We didn’t know anything. I didn’t have any expectations. There was a lot of talk about this, for a year, but we didn’t know anything; if it was going to happen or not, and that’s why we have to close that issue and not talk more about that.

“We have the Champions League final, which is the most important thing of all. Real Madrid will continue to be at the top, above any player, anything, and there is no need to go over and over again.

“We have a very good team with many players who can improve a lot, who have had a great season and they seem to value what we have here. Some of these players will become great stars in the future.”

Modric has spent a decade at Real Madrid following his move from Tottenham in the summer of 2012 and he reiterated his idea of ending his playing career in the Spanish capital: “I’ve said many times that I want to finish my career at Real Madrid. I feel good, but I don’t think much about the future, I’m focused on the present, I want to enjoy what I do and gradually see what level I am at. If I can continue at this level then I will, but at Real Madrid, you have to be at a very high level. If I feel strong, I would like to continue here and hopefully, in a few years I can finish my career here.”