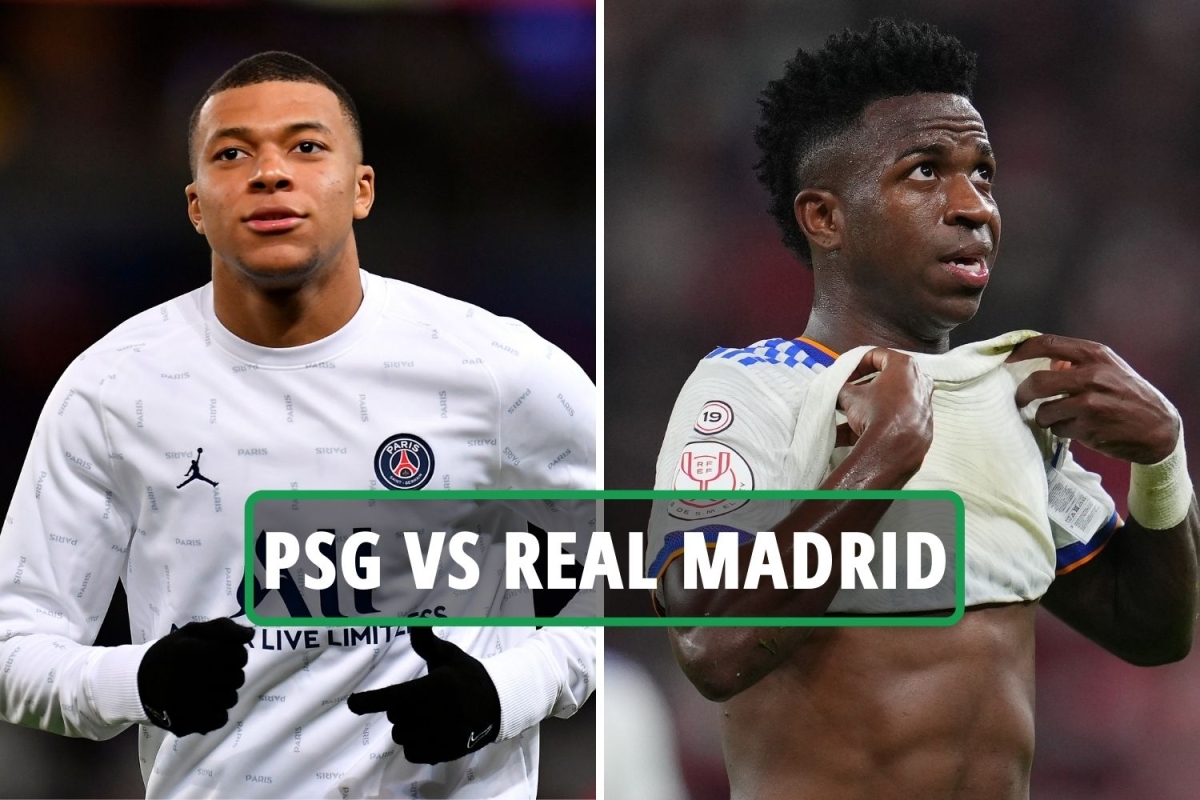 KYLIAN MBAPPE is set to line up against the team where he’s expected to play his football next season as PSG host Real Madrid.

The Parisian superstar is out of contract in the summer with the La Liga leaders the favourites to snap him up.

Visitors Real Madrid were left cursing Uefa after initially being drawn against Benfica in the round of 16.

That draw had to be redone after Man Utd’s ball was misplaced and they got PSG when they should have had Atletico Madrid.

The redraw then saw United handed a match against Atletico while Madrid got the toughest of all ties, against moneybags PSG.

In addition to Mbappe, Carlo Ancelotti’s men could be lining up against Lionel Messi and Neymar.

Messi has recently recovered from Covid while Neymar is back in training after a long term ankle problem.

What time does PSG vs Real Madrid kick off?

What TV channel is PSG vs Real Madrid on and can I live stream it?

PSG are sweating on the fitness of Neymar.

The Brazilian was not in the squad for the 1-0 win over Rennes but could return for this game.

PSG boss Mauricio Pochettino said ahead of the Rennes clash: “Neymar is improving, but he is not going to be in the team tomorrow.

“We will see if he will be there for Real Madrid, that is the idea.

“All the best want to play in the biggest games.

“He already knows what it is to play injured in these games and he has to be mature to channel the energy and play in the best condition when it’s possible.”

Ex-Real Madrid captain Sergio Ramos is expected to be out with a calf injury for PSG while Ander Herrera is missing with a thigh injury.

However, Idrissa Gueye is expected to start after returning from the Africa Cup of Nations with Senegal.

Ferland Mendy is fit for Real Madrid after struggling with a hamstring problem but talisman Karim Benzema is a doubt.

*Odds from Betfair correct as of Sunday, February 13.