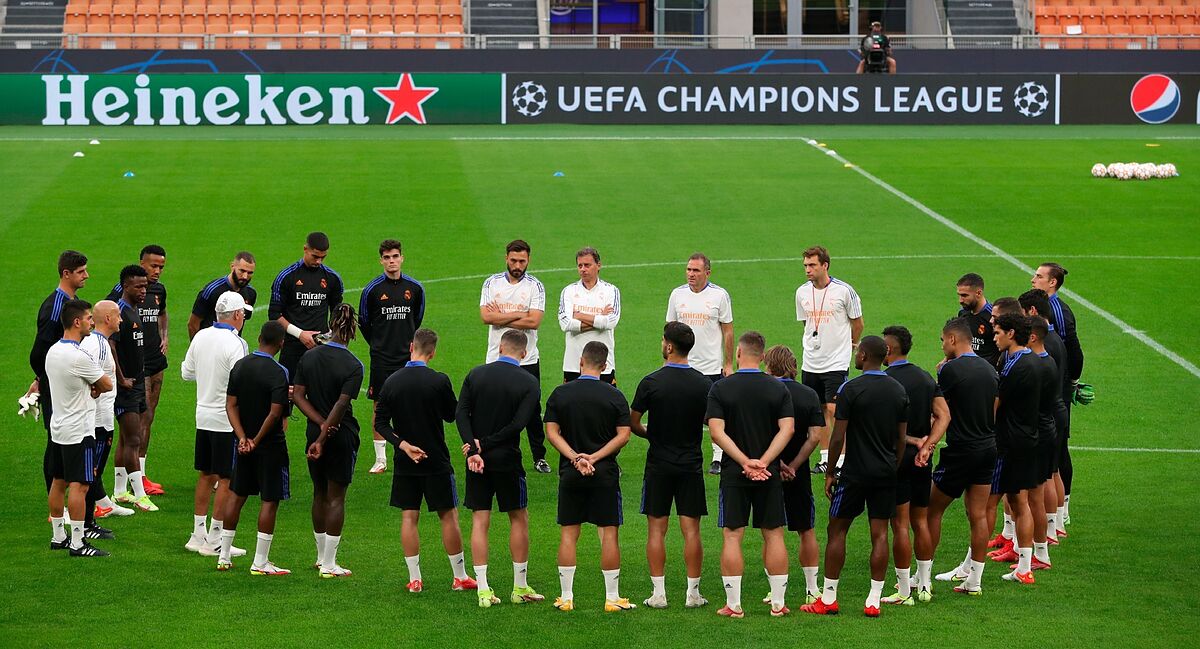 Carlo Ancelotti has reminded his Real Madrid players that this Tuesday’s match against Paris Saint-Germain at the Parc des Princes is just the first leg of their Champions League last-16 tie.

The Italian coach is aware that he is in charge of a team who are experienced when it comes to playing European knockout games, and he believes that everything will be decided at the Estadio Santiago Bernabeu on March 9.

However, Ancelotti also understands that the presence of Kylian Mbappe, Keylor Navas facing his former team and Sergio Ramos‘ return to the Bernabeu are some of the factors that may overshadow the footballing part somewhat.

Meanwhile, this will be the first tie Real Madrid will dispute since the away-goal rule was scrapped, so Ancelotti has reminded his players of the new reality.

Hence, the Real Madrid boss will have to decide if he is willing to risk giving the nod to players such as Ferland Mendy or Karim Benzema, both of whom have been sidelined due to injuries.

Ancelotti would have given serious thought about playing them if this was a final, but neither player will be forced back without getting the medical staff’s green light, even though their absence was noticeable during Los Blancos‘ 0-0 draw away at Villarreal.

The change of the away-goal rule could lead to scenarios that are very different from what we have experienced in European knockout games over the last decade or so, as players will likely head into the first leg with a different mindset to before.

Ancelotti has noticed some anxiety building up in the Real Madrid squad ahead of the PSG tie, but this is normal given they haven’t played a European game in two months and have to face one of the tournament’s favourites in the first knockout round.