Ancelotti: Bale wants to end his time at Real Madrid as he deserves to 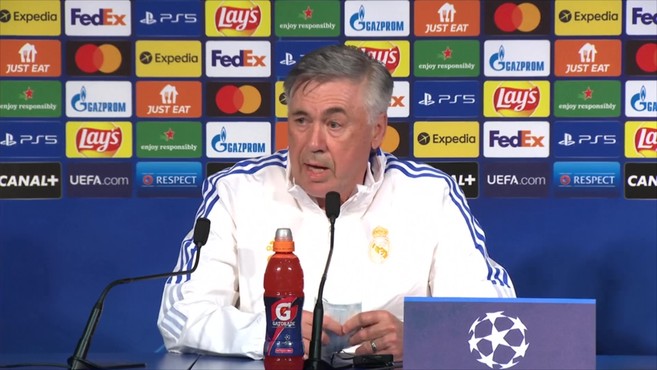 Carlo Ancelotti hopes that Gareth Bale can end his Real Madrid career on a high this season, which is exactly what he believes the Welshman is hoping to do.

Bale has served Real Madrid well in his time at the club, and he could bow out with another LaLiga Santander winner’s medal this term, as well as a possible Champions League success.

“Bale hasn’t disrespected his teammates,” Ancelotti said at his pre-match press conference ahead of taking on Paris Saint-Germain. “He trains well, he’s professional.

“He wants to end things here as he deserves to, because he’s helped us to win the Champions League and he’s done important things. I think finishing things well here would be good for his career.”

Ahead of the game against PSG, the Italian is happy with how Los Blancos’ preparations have been going.

“The feelings are all good,” Ancelotti said. “We have all the confidence in the world.

“It’ll be a difficult game against a tough opponent, against another team with aspirations of winning the Champions League.

“It’s a game that could be a final and we want to eliminate a rival for the trophy.”

The game comes with speculation surrounding Kylian Mbappe, as he is set to join Real Madrid in the summer. Ancelotti doesn’t expect his future to play any part though.

“Mbappe is thinking the same thing as [Karim] Benzema, Vinicius [Junior] and [Lionel] Messi,” Ancelotti said. “He just wants to eliminate his opponents and win the Champions League.”

The veteran coach has experience of working at PSG, so this tie will perhaps mean more to him than most. He was asked which job was the more complicated.

“Coaching isn’t a difficult job for me,” Ancelotti said. “The bigger the club, the more I enjoy it.

“Coaching in both Madrid and Paris has been a pleasure.”