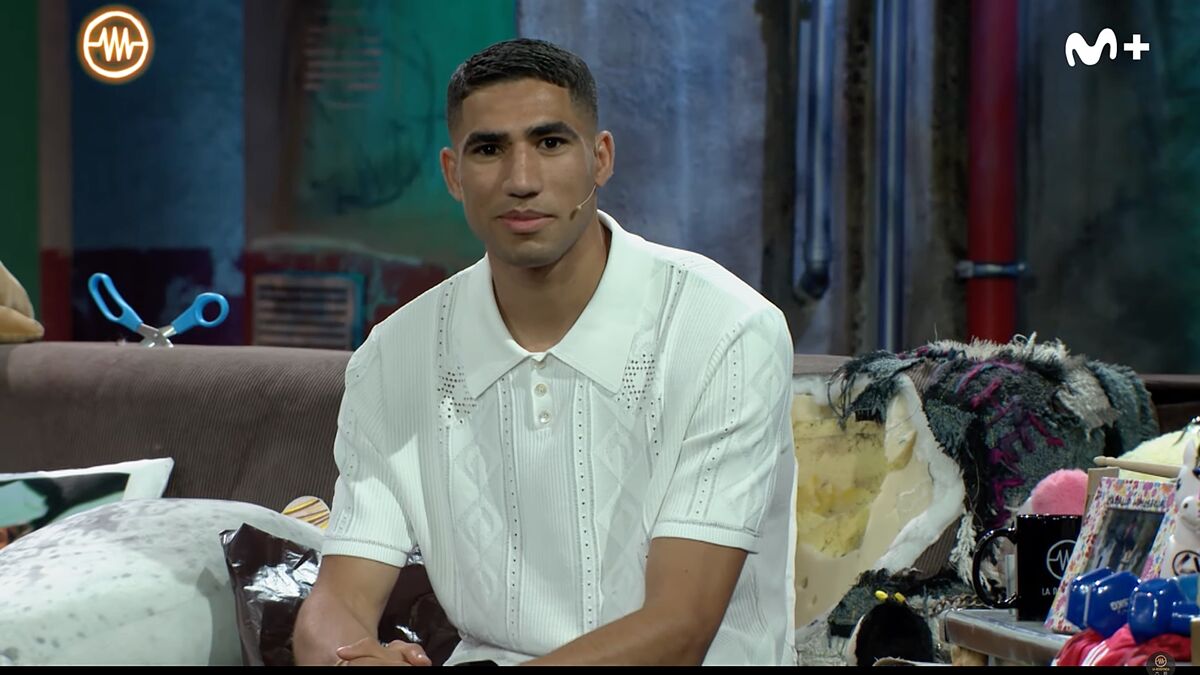 A week after Kylian Mbappe‘s decision to stay at Paris Saint-Germain was announced, his teammate Achraf Hakimi has sent a public message to Real Madrid president Florentino Perez.

The former Los Blancos full-back was the first PSG player to be informed about Mbappe‘s desire to stay put at the Parc des Princes and turn down Real Madrid.

Mbappe and Achraf maintain a great relationship, with the two men travelling to the Spanish capital early this month to spend a day together in the city.

“The teammates learned about it on the pitch,” Achraf told Spanish TV show ‘La Resistencia’.

“Me, as I’m friends with him, well… a few days before.

“The truth is that I’ve received messages from people who hadn’t messaged me in a long time. They said, ‘What’s your friend going to do?’ and when he stayed, they said, ‘You’re a bastard.’”

The TV show host, David Broncano, asked the PSG right-back if he has a good relationship with the Real Madrid president and Achraf confessed that there is respect between him and Florentino Perez, but nothing more.

“Well, Tito Floren, cheer up,” was Achraf‘s message to Perez.

“I hope you go for another great signing and good luck on Saturday [in the Champions League final].”