Jose Mourinho interrupted his pre-match press conference on Friday to make an emotional tribute to Prince Phillip, who passed away earlier in the day.

It was announced that the Duke of Edinburgh, the husband of Her Majesty The Queen for more than 73 years, passed away peacefully in the early hours of Friday morning at Windsor Castle at the age of 99.

In his pre-match press conference for Sunday’s visit of Manchester United, Tottenham manager Mourinho admitted he has a ‘deep upmost respect’ for the Royal Family and that sadness surrounding the Duke of Edinburgh will be felt worldwide. 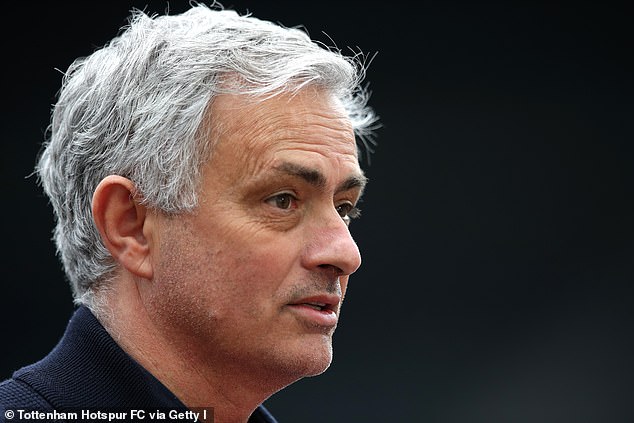 Mourinho stopped in his tracks before saying: ‘Sorry I just read some sad news about Prince Philip so I would like to express my condolences to the Royal family and to be very honest and say that I have a deep deep deep upmost respect for the Royal Family. So my big condolences.

‘It’s not just this country that is going to be sharing these feelings. Because I’m not English and I know that many like myself have the upmost respect.’