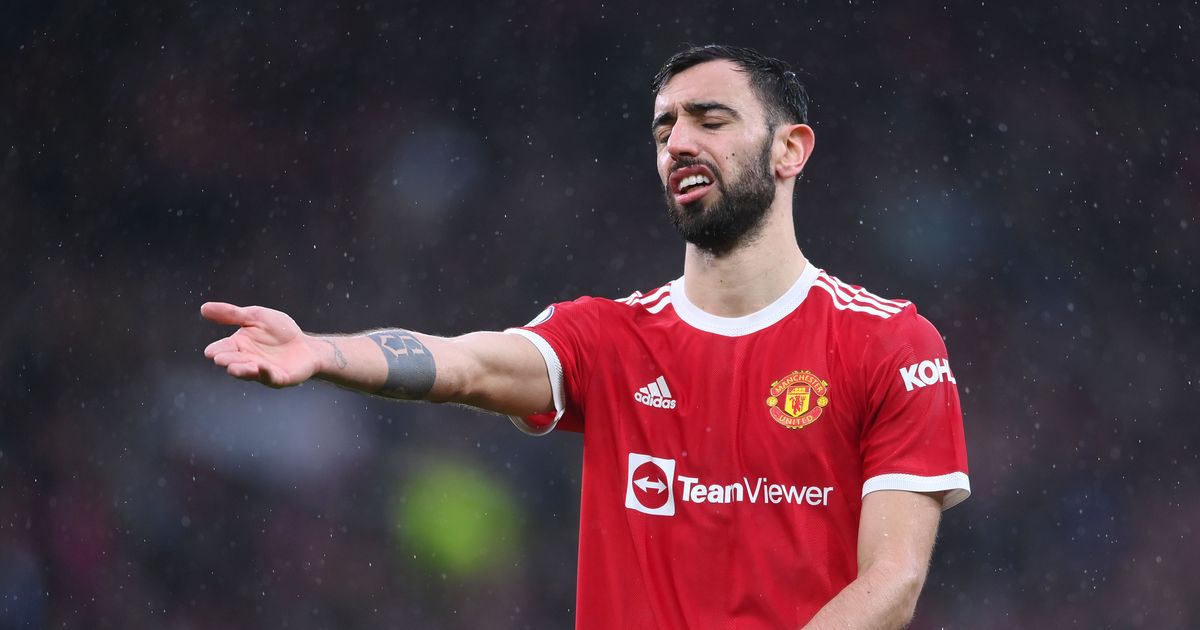 Rio Ferdinand has urged Manchester United to sign a player capable of “screaming” and “drilling” the likes of Bruno Fernandes and Paul Pogba in a bid to keep them in check.

It’s been a difficult campaign for United and both Fernandes and Pogba have struggled for form.

While Fernandes has failed to replicate the heroic feats that he seemed to pull off on a weekly basis last season, Pogba has been plagued by injuries and constant speculation over his future.

The duo were given the nod to start together during United’s disappointing 1-1 draw with Southampton on Saturday.

And Ferdinand has spoken out on what he feels United need to do in order to get the most out of their big-hitters in midfield during his inquest into another lacklustre display.

Join the debate! Where do you think that Man Utd need to strengthen in the summer? Let us know here.

Ferdinand told Vibe with Five: “What I think Pogba needs and Bruno Fernandes needs… they need a Sergeant Major in that team that when they give it away or get a bit lax on the ball or when they’re out of position, a step short where they should be, they need someone in and around them screaming, drilling them.

“They haven’t got that player.”

United’s midfield issues have been well-documented, with reports suggesting that the club are desperate to sign an elite midfielder in the summer.

Names such as Declan Rice and Kalvin Phillips have been mooted as potential United targets, although that could change depending on who is appointed as the club’s new manager.

While Pogba impressed following his recent return from injury against the Saints, Fernandes struggled again and was blasted by another former United man after the game.

Paul Scholes tore into the Portuguese star in a sensational attack just after the final whistle, with the former midfielder accusing Fernandes of ‘wandering’ around the pitch.

Pogba has impressed since returning from a spell on the sidelines

“We don’t know what’s gone on in the training field, you don’t know the attitude of the players,” Scholes said on Saturday.

“We’re hearing bits and bobs, what’s right I don’t know, what I would say today was that he seemed to change a lot during the game. At least four or five times he swapped it about.

“He tried to start with a 4-3-3, Scott [McTominay] holding and Fernandes and [Paul] Pogba playing higher up.

“Then he brought Pogba back and shoved Fernandes higher up, I think Fernandes could be a bit of a problem.

Fernandes has endured a tough campaign

“As much as he’s a talented lad, when he first came to England he scored so many good goals, so many assists, but he’s all over the football pitch.

“Pogba likes to wander about. You see Fernandes, sometimes he’s a right-back, sometimes left-back, the end of the game he’s playing behind [Diogo] Dalot for five minutes.

“They’re either not taking instructions on or they don’t want to.”